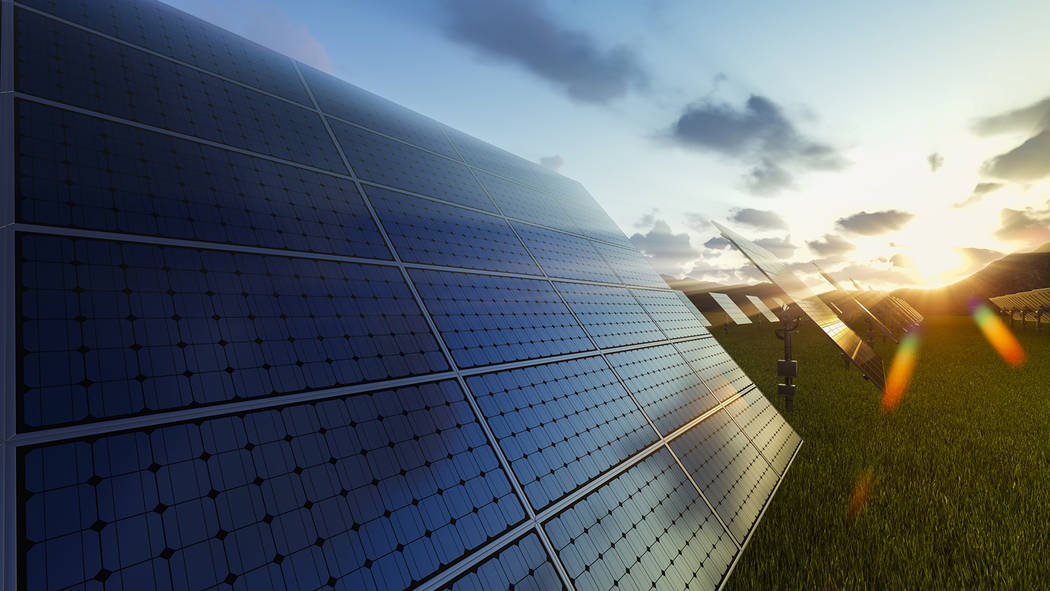 Thinkstock The 100-megawatt Sunshine Valley is a photovoltaic project that will be located on private land in Amargosa Valley less than four miles from the California line. The facility will produce approximately 302,000 megawatts of power per year.

The construction on Sunshine Valley Solar Project is set to begin by the end of 2018 and completed by 2019, said officials at First Solar, the parent of the proposed project.

Laura Abram, media and community contact director at San Francisco, California-based First Solar, said the company will have job fairs in fall 2018 prior to start of construction. Abram didn’t specify what positions the company is looking to fill, however, the fact sheet released by the company said that the project would generate 310 construction jobs and “up to 8 ongoing monitoring and operational positions.”

“We can share more info on that as we firm up dates and locations,” Abram said in an email.

The 100-megawatt Sunshine Valley is a photovoltaic project that will be located on private land in Amargosa Valley less than four miles from the California line. The facility will produce approximately 302,000 megawatts of power per year.

First Solar’s fact sheet said that when operational, the project will generate enough solar energy to serve the needs of about 23,000 average homes per year, displacing approximately 178,000 metric tons of carbon dioxide annually which is equivalent of taking about 26,000 cars off the road.

First Solar entered into a development agreement with Nye County in 2014 to build an $80 million solar project on 745 acres near Anvil and Powerline roads. In December 2017, Nye County commissioners unanimously approved a partial sales and use and tax abatement application from the Nevada Governor’s Office of Energy.

The fact sheet produced by the company states that prior to the start of construction, Sunshine Valley will receive its final permit to construct, a final environmental approval required for construction.

First Solar is the largest manufacturer of photovoltaic modules in the nation. Unlike some of its competitors in the renewable sector that have been impacted by President Donald Trump’s tariff on imported solar equipment, First Solar was left out of the 30-percent tariff on imported crystalline-silicon photovoltaics. The company initially opted for cadmium-telluride solar technology which allowed it to remain highly profitable as tariffs kicked in.

First Solar’s first project in Nevada, the Moapa Southern Paiute Solar Project is about 30 miles north of Las Vegas. In March 2017, the company sold the project to a global private asset manager Capital Dynamics 10 days after the project went into operation.