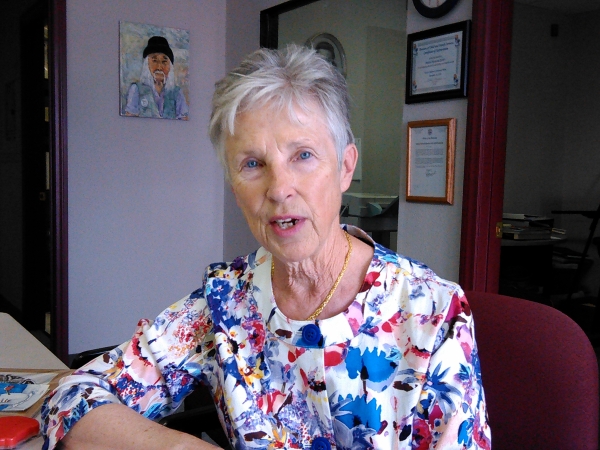 Thanks to a recent grant, the Pahrump Arts Council (PAC) is focusing on programs geared for area youth.

PAC President Loretta Lindell said the $10,000 grant came from what she thought at the time was an unlikely contributor, the federal government.

Lindell is the primary grant writer for the organization.

She noted that it’s not easy to earn a grant from a federal agency, due to a lot of hoops to jump through during the process, which began back in January.

Just last month she received word of the grant.

“The National Endowment for the Arts got in touch with us and said if we were interested, they have a special category of grants that they were working on and it’s primarily for what they term underserved areas and communities,” she said. “We have never had a national grant before.”

With funding in hand, Lindell said she is now working on starting up various art-related programs for youth in the community.

“One of the focuses of the grant is the youth arts program that we have for Saturday arts classes,” she said. “We are going to be offering around 20 or 22 classes throughout the rest of the school year until the end of June, because that’s when the grant cycle is over.”

Lindell described the programs as introductory classes on a variety of topics.

“We have everything from square dancing to things that the kids are really interested in right now,” she said. “This week we are getting our group together to come up with a firm schedule for all of the classes and we have a good partnership with the Nye County School District, and they will be helping us distribute all of the information to all the school kids.”

Lindell also said the art council will participate once again in next year’s High Desert International Film Festival when it returns to town next spring.

“The film festival is May of 2016 and it will involve our youth arts program,” she said. “It will focus primarily on high school students and we will be recruiting them to work on a 20-minute short film that will be presented at the film festival. They will be working on that during the upcoming winter break.”

Additionally, Lindell said another group of students will learn videography to create a documentary about the youth arts program.

“It will take viewers on the process from start to finish,” she said. “It will document what we have been doing all along for the coming year and we’ll be using students to help with that by interviewing people and filming. It’s really exciting and we are really looking forward to that.”

Lindell also spoke about another performance, which will coincide with the annual event.

“We are bringing in master violinist Luca Ciarla and his wife Kezia, who is also an artist,” she said. “They will be performing at the film festival here, where she projects the artwork on a screen while he plays music that goes with the artwork. It’s a very unique experience.”

The arts council is also hosting a community open house on October 24, from 1 to 4 p.m. at the Bob Ruud Community Center.

“We are hoping to have some kind of dance going on at that time and we are looking for a couple of groups to perform,” she said. “There will obviously be displays of our artists’ works and the works of our fiber artists.”

Lindell noted that she still has her eye on getting a performing arts facility in the community, after so many setbacks over the years.

She and other PAC members are exploring different options at present.

“Things are changing in our community with the economy and we would really like to take advantage of some of that movement and see if we can very seriously get a visual and performing arts center in our community,” she said. “We don’t have our own building and that’s always been our dream, but there are locations in town that we have been able to use over the years.”

Lindell said the Pahrump Community Library and NyE Communities Coalition have been gracious about letting PAC use their facility.

“There are also displays inside the courthouse and they are open for the community to view,” she said. “If there’s an artist in town who would like to display their artwork we would be happy to help them do that.”

Lindell also urged the community to become members of the arts council.

At present, there are roughly 100 members.

“It’s $10 for people who are 55 and over, $20 for adults and $10 for students,” she said. “It entitles them to support the arts within our community and that’s the primary goal. We are also looking to start a community band so we are trying to generate some interest in that. We have an upcoming meeting for that on October 5 at the high school.”

Anyone interested in becoming a member of the Pahrump Arts Council can visit their website at pvpac.org, or stop by the office at 2340 East Colorado Boulevard on the corner of Honeysuckle Street and Calvada Boulevard Mondays and Tuesdays from 10 a.m. until 1 p.m.