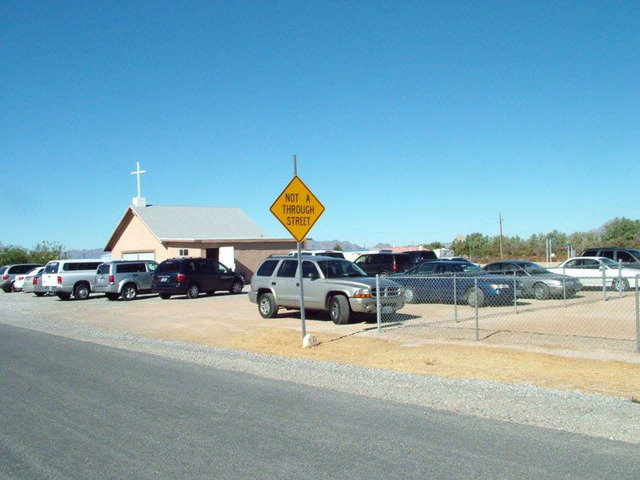 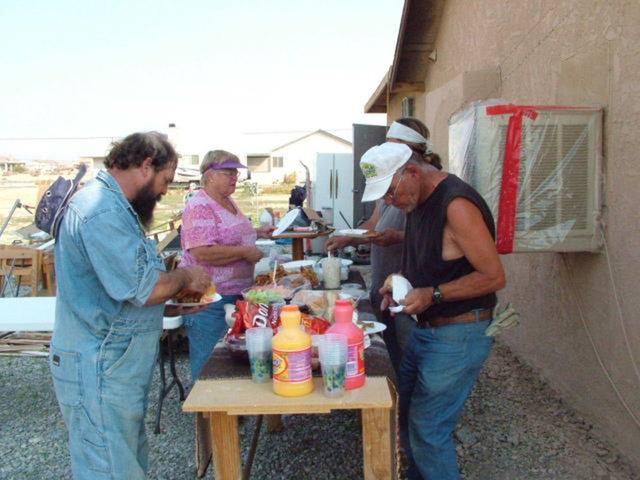 The house of worship started with just a handful of members and has since grown into a congregation more than 90 strong.

“It’s been seven years and five days since we had our first service,” he said. “In January of 2007, we started with six people in a bible study in Comstock Park. It was kind of funny because I had a notebook and start writing notes and it was on January 15 of that year, we had home bible study and what’s important about that is they were the ones that would be instrumental in carrying on this church.”

“He used to come our church in Las Vegas and we just became friends in 2000,” he said. “When I came out here in 2007, I just happened to come and visit. This was first a Spanish church called Templo Bautista or “Temple of the Baptist.” The size of our congregation tends to fluctuate. During our morning service on Sunday, we had 96 people and we had 26 people for the evening service, so we have really grown in seven years.”

Fairbairn said he became a chaplain at University Medical Center more than 20 years ago.

At the request of a friend, he went to Sunrise Hospital to pray for his friend’s wife.

“She had been involved in a hit and run at Lamb Blvd. and Charleston,” he said. “The doctors even told me that she wasn’t going to live, but I just went there and prayed and 48 hours later she came out of a coma.”

Not long after the near-tragic incident, the pastor recalled that he told his stepmother at the time about what happened, which appeared to change the direction of his life.

“I told her God really answers prayers,” he said. “She told me so what, he does that all the time.”

Additionally, Fairbairn said it was his stepmother who encouraged him to enter the ministry.

“She told me there’s over 100 volunteers that go out to all the different care centers and at UMC Hospital and Valley Hospital and they just pray for people. That is truly what started me in the ministry in 1994.”

“In our church now most of the kids are younger, but we also have teenagers here,” he said. “We have 20-to-30 children here from babies all the way up to sixth grade and our older youths help with the younger classes. That way they get be in church, but they also help and see what it’s like to teach young children about the bible.”

Fairbairn said he welcomes all who want to share in praising the Lord.