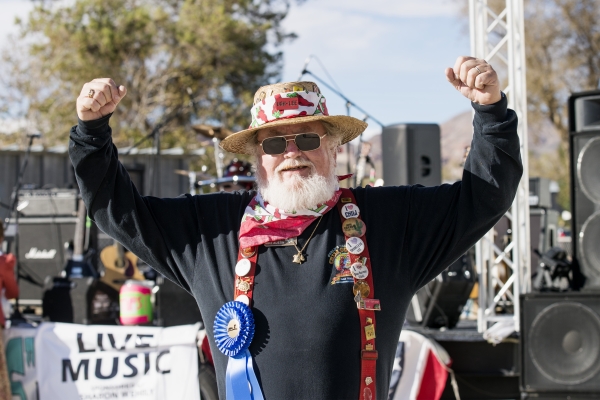 The 11th annual Beatty Days returns to that town this weekend to coincide with the state’s founding holiday, Nevada Days.

Visitors can step into the past and enjoy the old gun-slinging days and actually see old western gunslingers dueling it out. It’s a celebration where modern times melt away into the Old West.

Located just seven miles east of the Death Valley National Park border and about 75 miles north of Pahrump on Interstate 95.

The celebration takes place at the center of town in Cottonwood Park and will start on Oct. 30 and run through Nov. 1.

The highlight of the weekend will be the 12th annual International Chili Society-sanctioned chili cook-off, which will have nearly 30 or more chili contestants. Chili lovers will be watering at the mouth to savor the different varieties available. Note: as a precaution, it is suggested to take some water with you while you taste.

Beatty Days will also have numerous other contests throughout the weekend, from a costume contest for the kids, Dutch oven cooking, pumpkin carving, bed races and even a root beer belching contest, to name a few.

1:30 p.m. Beatty Days kicks off with music by the Fulcos on the upper stage.

2:00 p.m. Music by Maria Anderson & Her Southern Knight Band on the lower stage.

3:00 p.m. Carved or decorated pumpkin contest; bring your pumpkin to the registration booth.

11:00 a.m. Classic car show in the upper park. Live music by the Fulcos on the upper stage, live music by CJ Roberts and The Wild Horse Band on the lower stage. Chicken Drop Bingo morning movement at the cowboy faÃ§ade in the lower park.

10:00 a.m. Antique engine display continues. *Live Music CJ Roberts and The Wild Horse Band lower stage and Reylee Band on the upper stage; kite flying contest in the upper park, bring your own or use one of ours.