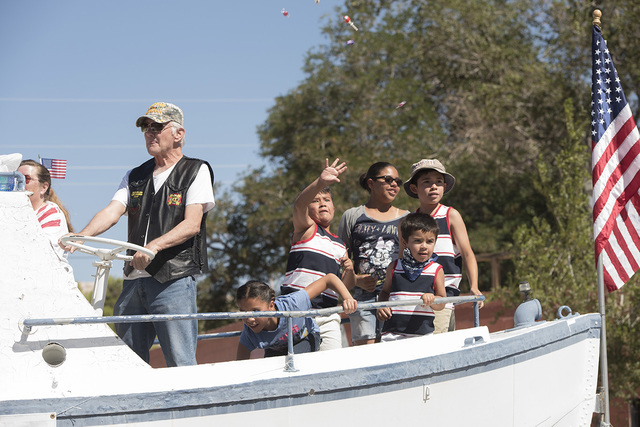 John Strozzi on a boat for the Beatty VFW Post 12108 float during the town's Fourth of July parade. Photos by Skylar Stephens 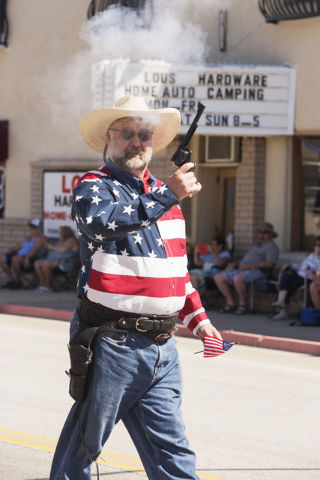 Walt Aliff participates as a gunfighter during the Beatty Fourth of July parade. 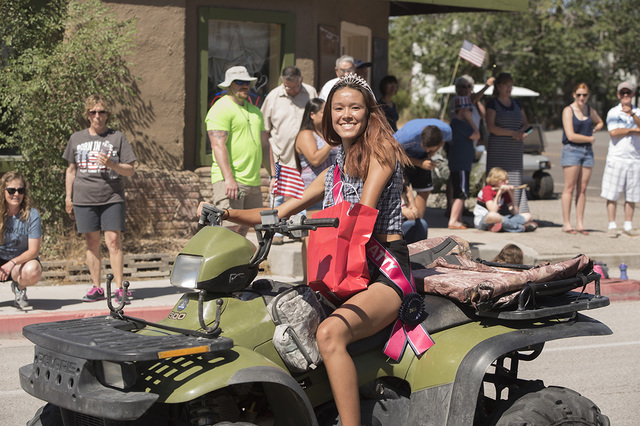 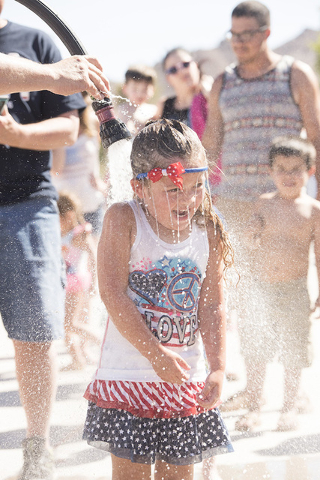 Alaina Hunt gets hosed down for the watermelon eating contest during the Fourth of July festivities in Beatty. 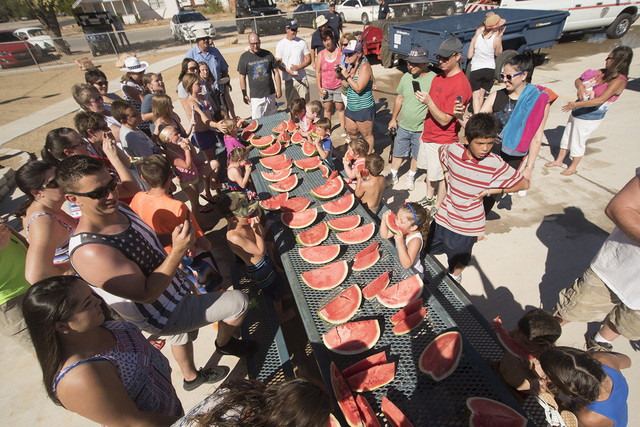 Children up to 6 years old participate in the watermelon eating contest during Beatty's Fourth of July celebration.

Beatty is known for having a true small-town America Fourth of July celebration, with all the traditional goings-on, all sponsored and put on by the Beatty Volunteer Fire Department.

The day starts with a parade at 10 a.m. This usually consists of every emergency vehicle available, new and antique.

This years parade was bigger than usual, as more families, organizations, and businesses entered floats. The Beatty Cowboys and Floozies in Petticoats took first prize for their entry, and the VFW post took second.

Shortly after the parade, things get going in the town park. Beatty residents lounge in shade sheltersmost of which they erect the night before to get their preferred spots.

They enjoy hamburgers and hot dogs from the concession stand and participate in all sorts of races and contests throughout the afternoon, three-legged races, egg tosses, sack races, foot races, egg races, and other contests for age divisions from toddlers to adults.

The contests culminate in the watermelon-eating contest. This is one some people take very seriously, especially the adults. The most common advice is suck the juice, since juice weighs more than pulp, and contestants are judged by the difference in weight before and after eating.

The other popular activity in the park is visiting. The Fourth of July celebration, more than Beatty Days, is a sort of town reunion, with many former residents returning to participate. It is a chance for former neighbors and classmates to catch up on each others lives and reminisce about their Beatty experiences.

Once things wind down in the park, people either stick around and visit or go home to their grills and wait for the fireworks showone of the best in the statethat begins at 9 p.m. Every year they seem to declare that this was the best one ever.