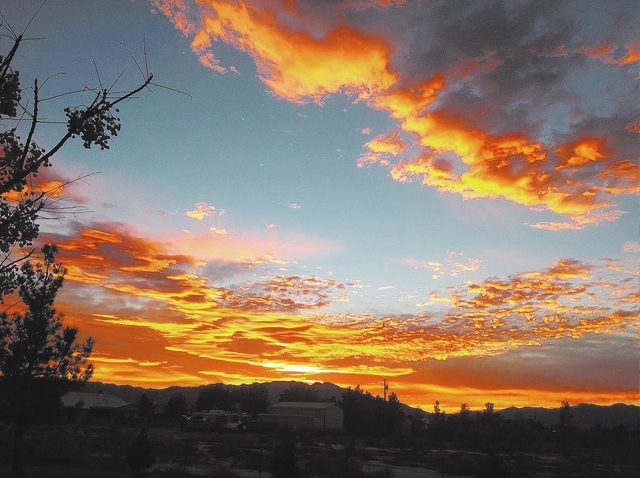 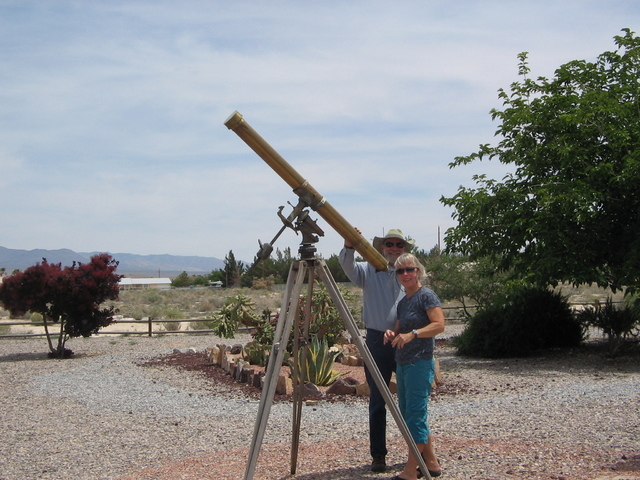 It was probably written in the stars that local resident David Ward was destined to be an astronomy buff.

He has been looking through telescopes since he was a kid following the path of his parents and grandparents. Ward had the rare opportunity to peer through the telescope of his grandfather which he now owns and values. This magnificent brass telescope is 130 years old and is still very functional.

“Modern day telescopes are made much better than that one,” Ward said. “But, it’s got soul. I have lots of other telescopes that are much better, but that one’s got soul because it’s 130 years old.”

Made in London, England in the 1880’s by Clarkston, Ward’s grandfather had it shipped to Brazil in the 1930s. It was then transported to the United States and Ward brought it out West about 30 years ago.

He should know since he built his own telescope in high school right down to grinding all the optics to make a reflecting telescope (one with a mirror in the back).

He describes himself as an amateur astronomer since he has never received any formal training and doesn’t conduct research in the field.

Ward never even took any astronomy courses while in college. He observes the stars, constellations and planets for fun and has presented programs at Ash Meadows National Wildlife Refuge, at resorts in Washington state and at gatherings with family, friends and neighbors.

According to Ward, there is a lot of great viewing in the sky this time of the year with four or five planets visible.

“Mercury is low in the west, just after sunset you’ll see it like a star shining below Venus,” he said. “Up above is Venus, which is so bright you might want to wear dark glasses to go out and look for it. You can’t miss Venus. It’s going to be there til the end of July. And we’ve got Jupiter, which is as it’s getting dark, is almost overhead, another very bright object in the sky. And coming up later, like maybe around 9 p.m. there’s Saturn. So, we’ve got four really cool planets.”

Ward said the rings on Saturn and the moon on Jupiter are easily visible.

“You know the rings on Saturn have 200-million times as much water in them as all the oceans on Earth put together,” he said. “But, don’t expect somebody to serve you a cup of hot tea when you get there because the temperature is about 400-below zero and they’re all in the form of ice.”

Ward likes to present the more interesting side of astronomy by telling stories about the stars and constellations especially those related to Greek mythology.

On the evenings of June 30 and July 1, Ward recommends another “neat thing” to view. The two brightest plants, Venus and Jupiter will be coming together in a very close conjunction.

“So, I like to say, mythologically speaking, that the king of the gods, Jupiter is going to be flirting with the goddess of love and beauty, Venus,” Ward said. “And they will be so close together they will both fit in the view of a telescope at the same time. That’s going to be a spectacular event.”

Stargazers don’t need an expensive telescope to view the stars. Ward recommends that observers just get a pair of binoculars.

“So, he brings his binoculars to stargazing,” she said. “So, we’ll have a telescope set up, a couple of telescopes, plus binoculars available for people. Plus, he has a laser pointer so he can point up at different things.”

Skye says her favorite thing to look at in the night sky is a star called Arcturus.

“It just made its appearance recently,” Skye said. “It’s kind of orangey and it’s in the East right now.”

Arcturus is billions of years old. That’s how you can tell the age of a star by its color. Orange usually indicates an older star, while blue is a younger star, according to Ward and Skye.

Despite his interest in astronomy, Ward never had the desire to become an astronaut on any NASA space missions.

“I’m fine here on Earth,” he said. “I’ve no desire to leave this planet. It’s a very humbling experience to look up into the stars and try to understand our place in them. It puts a unique perspective on life, one that I think everyone should at least try out a little bit.”

Ward tries to help people understand how far away things really are in space by using analogies. If someone took an Alaska Airline flight to the moon, it would take about two weeks. The same flight to the sun would take 20 years, to Saturn 200 years and to the nearest star to Earth, besides the sun, about four-to-five million years.

On the topic of meteors, Ward said the chances of getting hit by one are “extremely slim.” But, if someone needs to worry about something in the middle of the night, then they can worry about it.

“Actually, I would love to be killed by a meteor, I think that would be a great way to go,” Ward said laughing.

There are tons of books available on astronomy, but you can also download apps such as Star Walk or Star Safari on a smartphone.

If you’re interested in the International Space Station, for example, you can sign up an get email messages about its location over Death Valley.

“You can sign up for all these and get emails about whatever is happening that day in the sky,” Skye said.

Both Ward and Skye will be back at Ash Meadows for programs in the fall. In the meantime, you can follow Ward’s stargazing articles entitled “Naked Eye” at www.methowvalleynews.com.