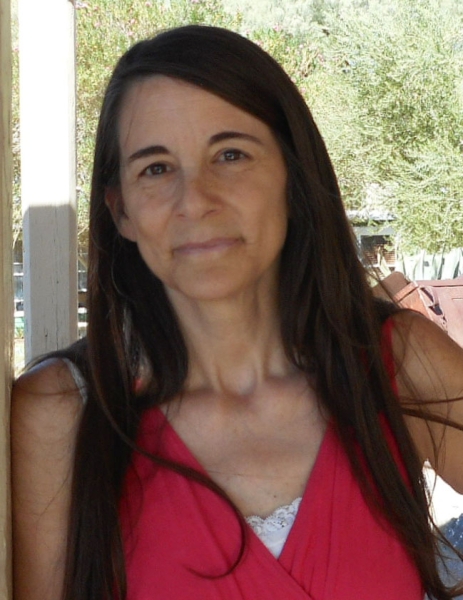 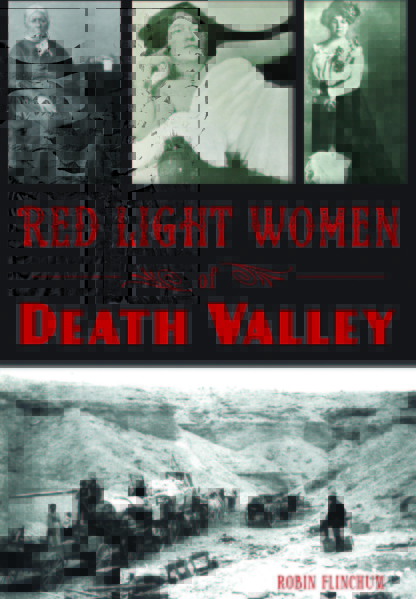 Robin Flinchum, author of “Red Light Women of Death Valley,” was captivated by the Death Valley/Rhyolite area on her first visit more than 20 years ago. She returned as often as she could, knowing deep down she belonged there. Eventually she moved to Tecopa where, she says, “The view goes on forever.”

Flinchum’s love for the Death Valley area and her longstanding interest in women’s issues led her to the study of prostitution in the region’s history. Over the years, she has conducted extensive research on the topic in libraries and government archives, and through interviewing knowledgeable people. This led to the writing of her recently published book, which focuses on the lives of several prostitutes who worked in Death Valley area boomtowns between the 1870s and the early 1900s, including Panamint City, Darwin, Rhyolite and Goldfield. She also has a very interesting short chapter on Chinese prostitutes in Darwin in the 1870s.

In the past, books on Death Valley history have tended to tread lightly on the topic of selling sex. Even Richard Lingenfelter had little to say about prostitution in his magnificent 1988 volume “Death Valley and the Amargosa: A Land of Illusion.” This despite the fact that prostitution was an important part of life in nearly every Western frontier boomtown, including those in the Death Valley area. It was a vital part of frontier community living. The reasons for its importance are clear. During the first years of every frontier boomtown’s existence, from the discovery of gold in California in 1848 until the 1920s in central Nevada, men vastly outnumbered women. Men hungered for female companionship — so much so that they would gladly pay their hard-earned money to just talk or dance with a woman and, of course, more.

Robin Flinchum’s book helps fill this large gap in our understanding of Death Valley area history. From her work, we can see that red light women of the desert had to be strong and adventurous to survive in those wild and rollicking towns, willing to roll the dice in life, using whatever assets they had. They were resourceful human beings, the sort that were needed to build a civilization in the wilderness.

In her book, Flinchum focuses on the lives of several high-profile prostitutes from Death Valley-area boomtowns from Cerro Gordo, located in Inyo County, California, in the 1870s to Goldfield and Death Valley Junction in 1906. Of them she says, “Some of these women were fearless, powerful and clever; some were dramatic and blustery; some made poor choices; some had bad luck; some were incredibly successful and some were not.”

In telling their stories, she says, “I think it matters that we tell each one with respect and with a willingness to connect across space and time to another’s experience.” At the heart of the book, she says, “is the driving need I’ve always felt simply to tell a good story.” The stories she tells are colorful and intriguing.

For example, Lola Travis was born in Mexico and came out of Chihuahua and into California with the gold rush. She ended up at Cerro Gordo, a flat-top mountain overlooking Owens Lake in Inyo County. By 1871 she owned a saloon and string of cribs where prostitutes worked. There was loud music “all hours of the night” and “a steady stream of men.” She moved on from Cerro Gordo and eventually died in Bakersfield, California, in 1912.

Martha Camp moved from Virginia City and Comstock country to Panamint City in 1874. There, Flinchum says, prostitutes “most likely to succeed were the women who came to cash in on the loneliness of men surrounded by nothing but tall mountains, hard ground and other men.” There were an estimated 700 men in camp when she arrived in a stagecoach with “some of the finest Comstock prostitutes she could recruit” from Virginia City. From there she moved to Bodie, California, where she opened a brothel. She disappeared from the historical record after 1888.

Flinchum discusses prostitution in Rhyolite from 1905 through 1910. She describes in some detail the life of Mona Bell and her infamous murder in Rhyolite in 1908. She also describes the life and times of Diamond Tooth Lil, who was in Goldfield in 1906. In Greenwater, Flinchum says, Lil was the “proprietress of the best ‘fair $5 house’ in town.” Lil died in a rest home in Pomona, California, “at the respectable age of eighty-two” in about 1967.

There’s also a short chapter on Kitty “Shotgun” Tubbs, who was involved in prostitution in the Death Valley Junction area in the years following the development of the Tonopah & Tidewater Railroad in 1906.

Flinchum’s book is a solid contribution to the history of the Death Valley – Amargosa area. It is quite informative and a good read.