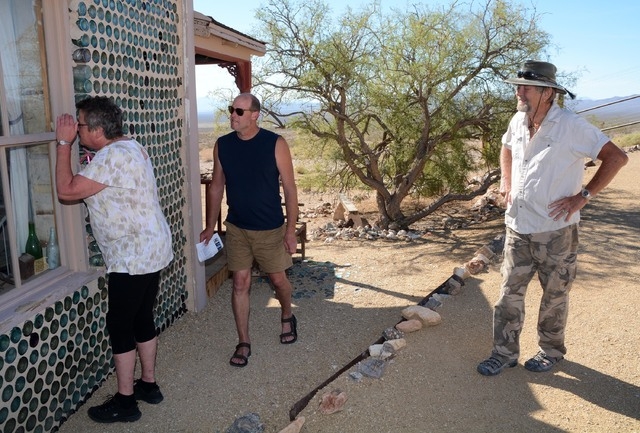 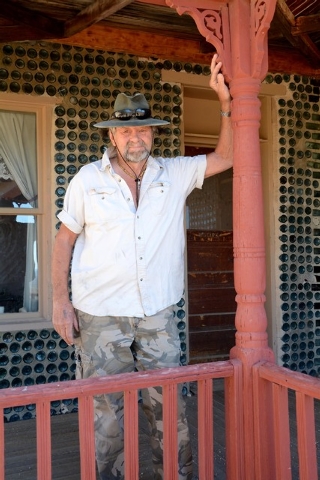 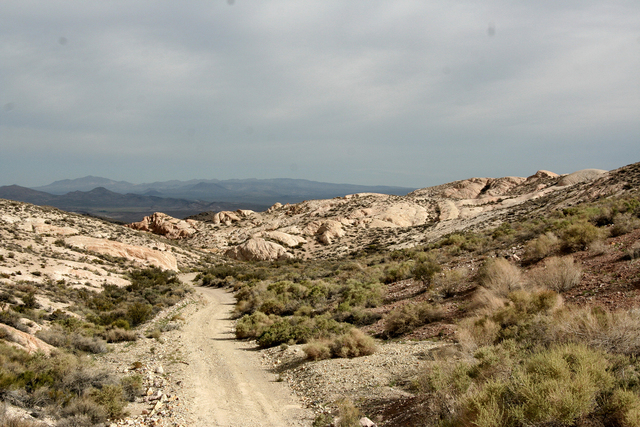 Karl Olson has a love for history. He lives in Beatty and for two years he has been the caretaker for the town of Rhyolite, a small mining ghost town four miles past Beatty.

“I get my love for history from my father who was passionate about it,” Olson said.

Olson also worked in Death Valley for four years with archeologists, who were surveying historical sites.

When the Beatty VFW Post 12108, 300 W. Main St., decided it wanted to renovate the outside of the building it was only natural for Olson to become involved with raising funds for the project. His solution was the Bullfrog Poker Run. He is also a member of the Beatty post and served in the United States Marines.

Olson appreciates the Old West and the VFW building was originally a historic church from Rhyolite which was moved to its present location. The poker run idea came from seeing a similar fundraiser for the Belmont Courthouse.

“I went up to the town of Belmont and they had a fundraiser for restoring the courthouse,” Olson said. “They did a little tour around the town. It was not far and it took an hour to do.”

The little tour inspired him to organize a bigger tour to help the VFW pay for its renovations. It is centered around the Bullfrog Historical Mining District, hence the name.

Olson spent a lot of time hiking the area and researching sites for the tour. To do the tour you need a 4×4 vehicle or UTV type vehicle. No dirt bikes will be allowed. All drivers must be 18 years old or older. The tour is a 42-mile loop around the district and takes a good 6-7 hours. The event begins with registration Oct. 24. The run will be Oct. 25.

Olson researched all the historical information and Genny Nelson helped write the tour information. On the tour, people will see several mining sites, springs that feed those sites, a petroglyph site and some railroad history, which includes pumping stations from the old Tonopah Tidewater Railroad. The tour focuses on the geology, history and pre-history of the Bullfrog area.

Olson didn’t want to get too specific on the tour because he was afraid people would just take the tour and not donate to the cause. He said most petroglyph sites are kept secret, but there was a reason he included this location.

“The petroglyph site was included because it is a good example of when people are insensitive and they desecrate a site,” he said. “At this particular site you have some neat petroglyphs and then you have some trash that people have put on the wall. There are other places that I would never tell people where they are at.”

The Bullfrog Poker Run registration will cost $25 and features the self-guided tour, which comes with a map and tour booklet. Also included is a barbeque dinner and the poker hand. The cost of the barbecue for all those not participating in the run is $10.

The dinner menu will include barbecue ribs and chicken, corn, beans, coleslaw and a roll. The dinner will be served at at the VFW at 6 p.m. on Oct. 25.

“We wrote a whole booklet on the history and the geology for this self-guided tour,” Olson said. “The poker is an incentive for the people to do it. This is truly about the area and the history, and the geology of all the different sites the tour is going to go through.”

Olson said putting the booklet together and the map was the easy part. The maps were donated by Terra Spectra Geomatics.

Olson met the owner of the mapping firm, Elaine Ezra, at a Beatty Town Board meeting.

“I got involved with the fundraiser because I heard Karl talking about it at a meeting in Beatty and I offered some support for them,” Ezra said. “We were hoping we could do something nice for the town.”

Ezra’s company has a long history of supporting projects in the Beatty area and working with Nye County.

The mapping company has been primarily involved with the nuclear waste repository project office.

Olson said the fundraiser has two purposes. “We want to restore the outside of the VFW building and the other purpose would be to get people interested in history and raise awareness of the historical importance of the last great mining boom in America and the part Beatty, Rhyolite, Bullfrog and the surrounding area played,” he said.

Registration will begin on Oct. 24 at the VFW post starting at 4 p.m. and will continue on the day of the event on Oct. 25 at 8 a.m. Registration will close at 10 a.m. so that all participants have completed the run in time for awards and dinner.