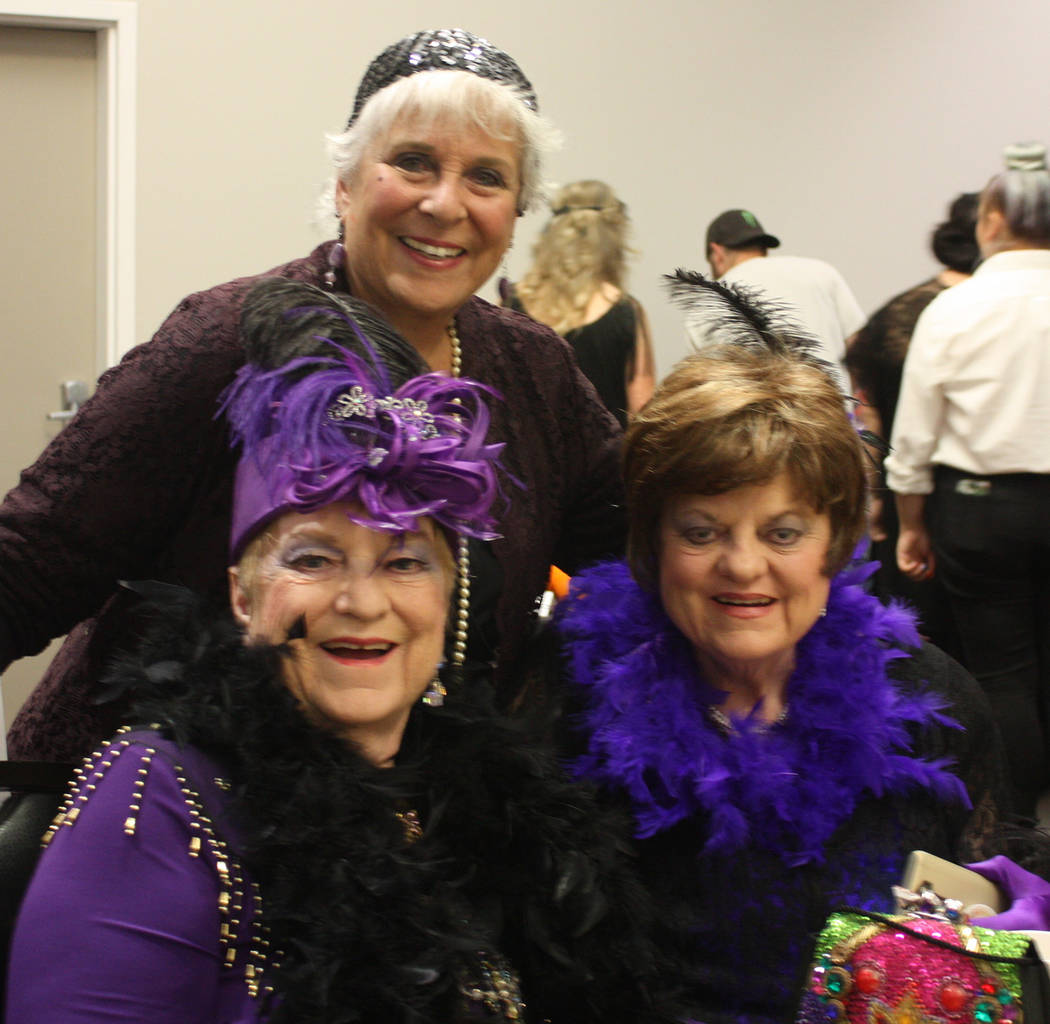 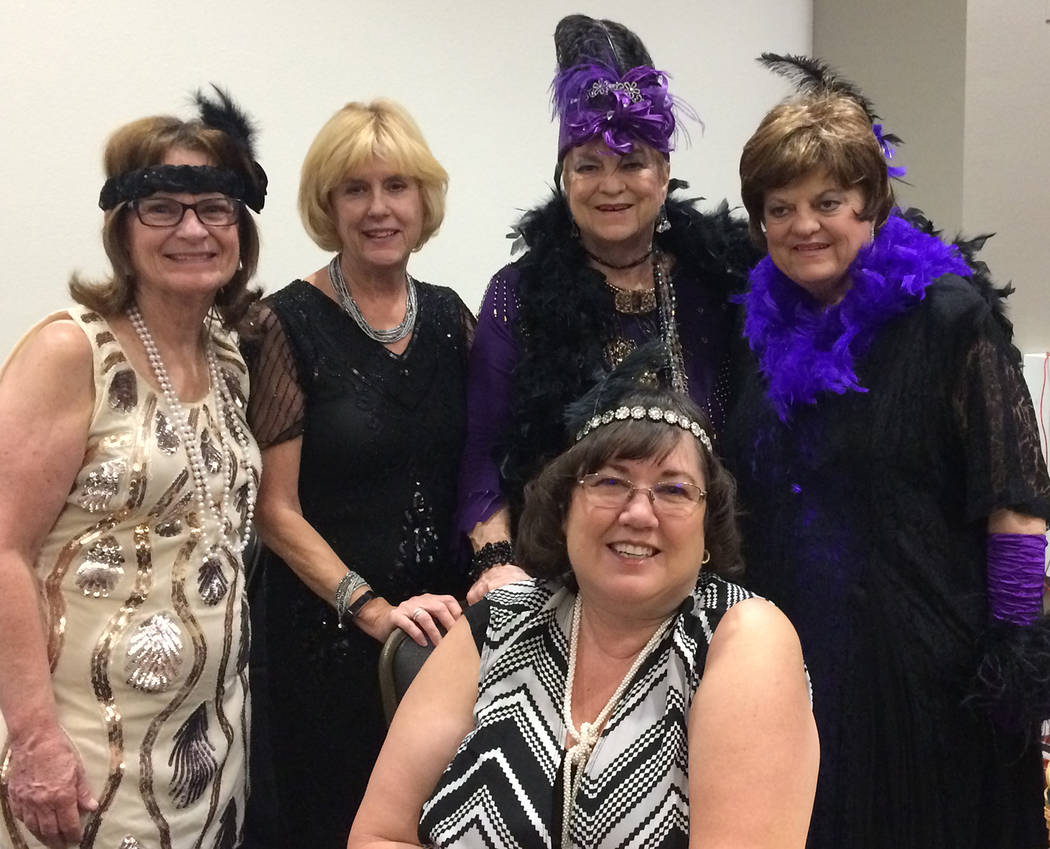 Robin Hebrock/Pahrump Valley Times CASA volunteers were out in force for the nonprofit's most recent fundraiser, all dressed in the event's 1920s theme with feathers, sequins and headpieces adding to their costumes. 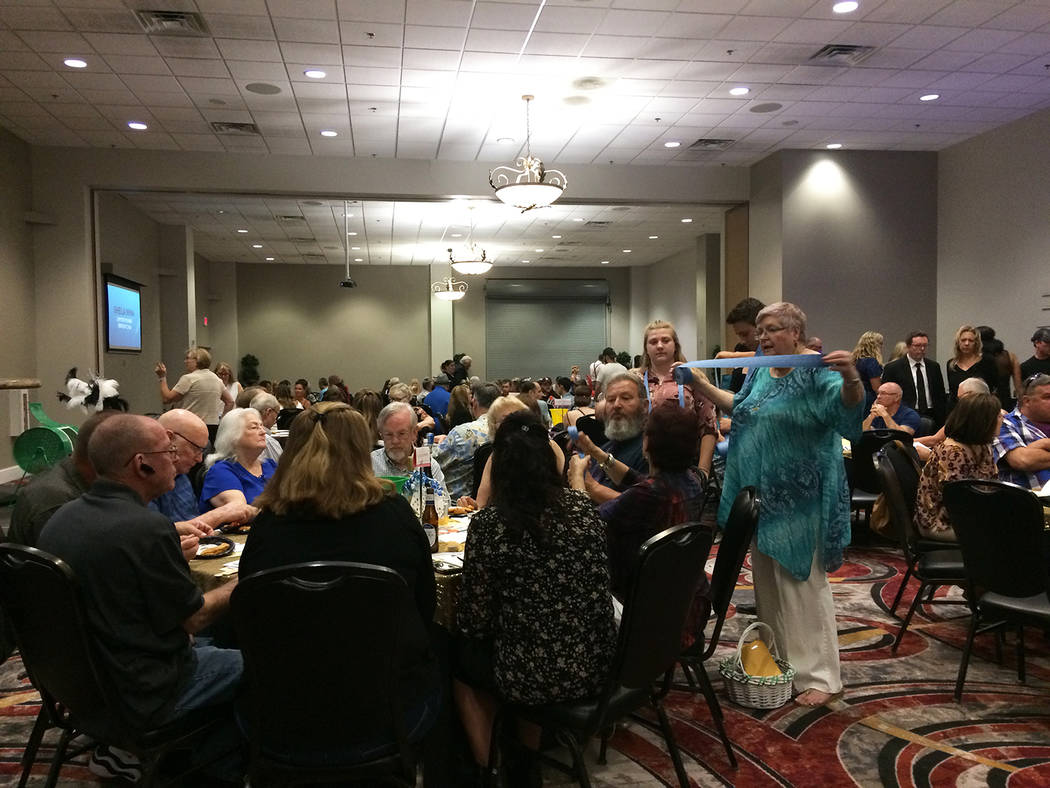 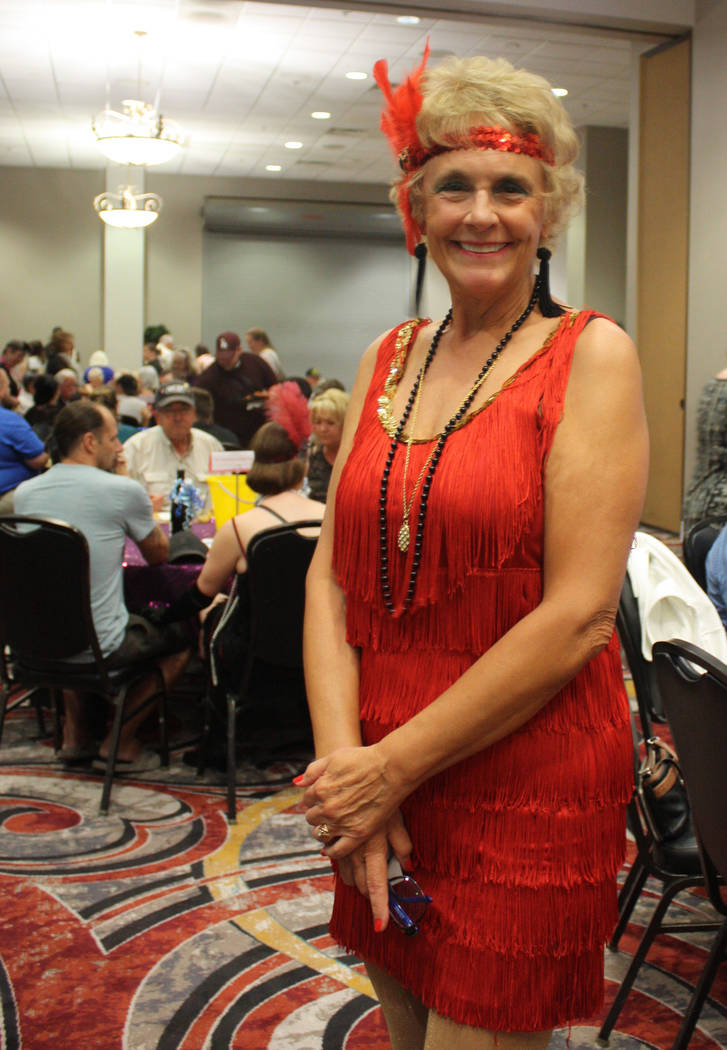 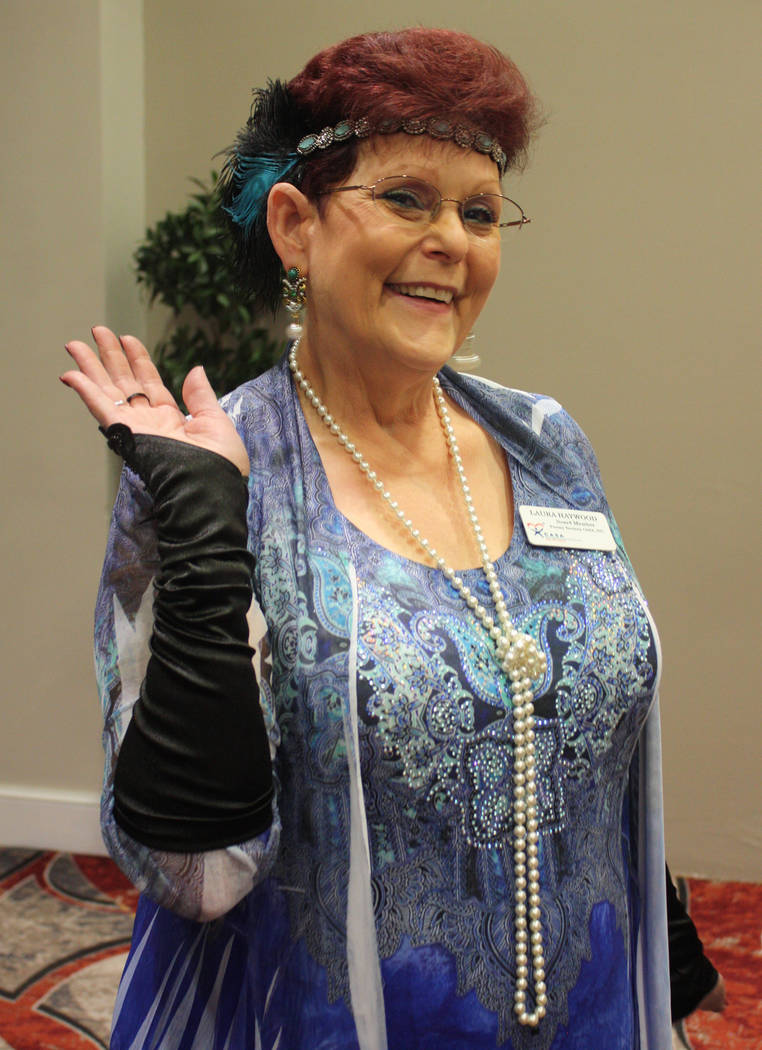 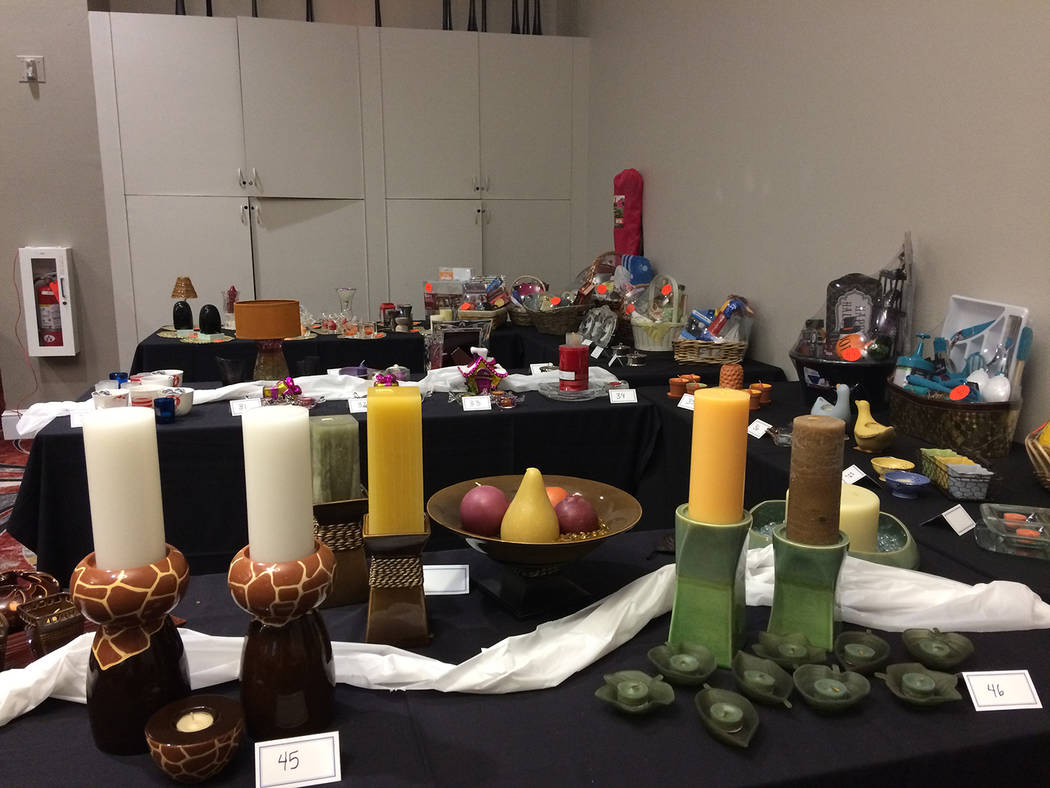 Robin Hebrock/Pahrump Valley Times There was a huge variety of items for Roaring 20s attendees to bid on during the event's main feature, the quarter auction.

Pioneer Territory Court Appointed Special Advocates recently saw a big boost to its operation, with the Roaring 20s Quarter Auction fundraiser declared the “cat’s pajamas,” and bringing in a total of $11,000 to support the nonprofit.

The massively successful event had organizers and CASA members glowing with delight and overflowing with gratitude for all those who contributed to the triumphant night.

Kicking off at 6 p.m. on Friday, Aug. 24, the CASA Roaring 20s fundraiser was completely sold out with dozens upon dozens of area residents heading out to partake of all the fun. The venue, the Pahrump Nugget Events Center, was brimming with attendees, many of whom embraced the 1920s theme to the fullest. There were bowlers in evidence on many a man’s head and a swirl of sequins adorning the ladies’ flapper style fashions, glinting brightly in the light. The atmosphere was charged with excitement and camaraderie with all evidently enjoying the occasion.

“We are very fortunate,” Pioneer Territory CASA Executive Director Willi Baer said as she gazed around at the crowd filling the events center that evening. “The community is always so supportive and we cannot thank them enough.”

The Roaring 20s Quarter Auction was, at its heart, an auction geared toward garnering as much cash for CASA as possible. Helping ensure a successful endeavor was a wide array of donors who generously provided items for the auction-goers to bid on. Baer reported that there were roughly 125 prize items and nearly every attendee participated in the auction, ratcheting up the total raised to an impressive $11,000.

“The event was great fun and about half of the attendees were in Roaring 20s garb,” Baer enthused after all was said and done. “It was very successful. 150 people were registered for the auction, which is how many we wanted and there were 151 people there so, yes, it sold out. Thanks to the committee who worked tirelessly to make this event the success that it was. I also want to thank the event sponsors who continually support CASA and we are very grateful.”

CASA is a national program that recruits, trains and monitors volunteer advocates for children in the foster care system, Baer explained of the organization. These children have often been abused and/or neglected and the advocates are there to provide a voice for each child as they move through the court system. The volunteers play a vital role in helping to ensure these children are ultimately placed in safe, permanent and loving homes.

In Nye County, Pioneer Territory CASA aims to graduate and swear in new advocates each year to swell the ranks of volunteers dedicated to assisting vulnerable children. New volunteers are constantly sought and anyone willing to aid foster youth is encouraged to look into the CASA program.

To become a CASA volunteer, residents must fill out an application, including three references, and participate in a face-to-face interview. National and state background checks are also a must, as is the 30-hour training course and a stint of mandatory court observance.

CASA’s search for a new leader

Baer has been the head of the local CASA organization for many years but now, it is unfortunately time for her to move on. Baer is anticipating retirement from the nonprofit and of course, with her exit, there will be a gaping hole to fill. The group is currently searching for just the right person to step into Baer’s shoes and help continue driving the organization forward.

“I just hope we can find somebody to take over.” Baer stated. “We’ve been having a real hard time with it. With the grant writing and the program with the kids and the courts and the training, you know it’s not just about organizing fundraisers, it takes a special kind of person to be able to handle all that.”

Baer encouraged anyone interested in possibly exploring the opportunity of becoming the next CASA executive director to contact the CASA office at 775-513-9514 for more information.