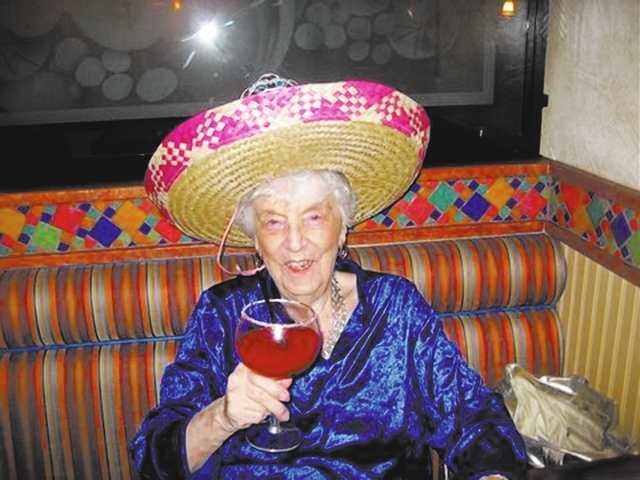 Reser, dubbed with the nickname “Margo” by friends and relatives, recently relocated in North Las Vegas, where she is able to better function independently after giving up her driver’s license due to muscle weakness in her legs, which made driving cumbersome and potentially dangerous.

She misses Pahrump, she said, and reflected on the contrasts between the two communities. Pahrump was just a “small town” with no more than 8,000 residents when she and her husband, Chuck, arrived in the early 1980s. They purchased a vacant church, located on Basin Avenue, and converted into a home. She defined Pahrump as neighborly, where it was common to “sit and visit,” unlike the city of Las Vegas.

The Resers discovered Pahrump when they visited Tecopa Springs, California, 30-miles away, and would come into town to re-fuel and grocery shop during their visits. She and her husband fell in love with the town, she said, and decided to call it home.

Moving to such a small town came with its challenges, she said, including the fact that there was no open restaurant in which the married couple could celebrate an anniversary dinner. Instead, she said, they celebrated their first anniversary in Pahrump at the Cotton Pickin’ Saloon. A first for her, she said with a chuckle.

Reser was very active in Pahrump and was a founding member of the Dust Devils Travel Club. She recalls that there was some resistance to the name by Christian club members, as there was a strong religious culture in Pahrump at that time. As the club’s first-vice president, she said she was able to share her love of travel with other members of the Pahrump community.

She was also very active in the Red Hat Society’s “Red Hats with Attitude” chapter, which still exists today.

She said the secret to a long life is chocolate, any kind, and reading, mostly mysteries. She also attributes her healthy diet, no salt or soda-pop, to her longevity. She gave up beef long ago, and her current diet consists of plenty of vegetables, seafood and turkey, she said.

She reflects on topics such as legalized prostitution, she’s an advocate for statewide legalization, and gambling. She used to visit the casinos three times a week with a $20 bill to play with, to pass the time. “I’m not much of a gambler now,” she said.

She has witnessed automation and advances in technology over the past 100-years re-telling a childhood and early adulthood that included no telephone, no radio or television. Laundry was done in a bathtub, rather than a washing machine. The introduction of sliced bread, she said, was a pleasant surprise.

Reser said she never imagined that she would live to be 100 years old. It kind of snuck up on her, she said, “I just keep having birthdays.”