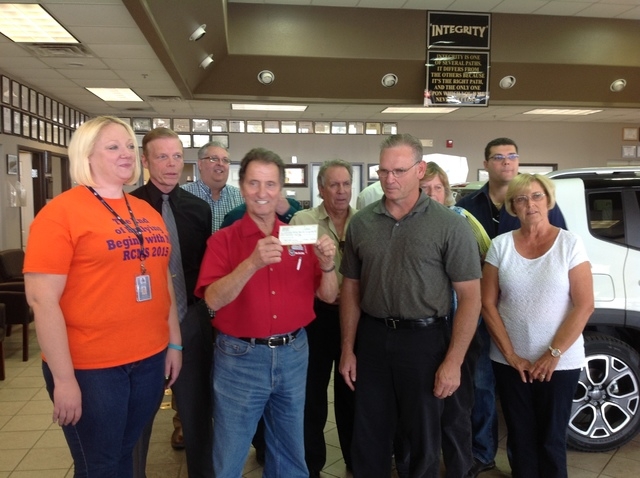 The summer youth program, in its sixth year was bestowed a $10,000 endowment, courtesy of its vice president, Tom Saitta and his wife.

The funds will go to support the program which became a hit with many area parents of school-aged children.

Saitta is also the fundraising chairman as well as the public relations manager.

“It is all because of the support we get from Saitta Trudeau, so it’s not like it just came from us personally,” he said. “This is the fifth year we’ve done it so we’ve already given $50,000 to the program.

Saitta also wanted to remind parents that registration for the program begins early next month, as space is limited.

The site is J.G. Johnson Elementary.

Saitta also said the program is slightly shorter this year due to the school district’s schedule.

Saitta said the kids are provided with healthy meals, along with educational and recreational activities.

“We feed them breakfast every morning because there’s a fully-staffed kitchen there, and we also feed them lunch and provide an afternoon snack,” he said. “We have a fully-paid staff that takes care of the kids. Denise Koch is the director, who was also a Nye County school teacher.”

Saitta, along with Juvenile Probation Supervisor Tom Metscher and Saddle West General Manager Gregg Schatzman, formed the program not long after the Pahrump Boys and Girls Club shuttered its doors several years back.

“The Boys and Girls Club pulled out of here because it was being run through Las Vegas,” he said. “Myself and several other people got together and made this all happen. We think it’s important to give back to our community because the community has supported us.”