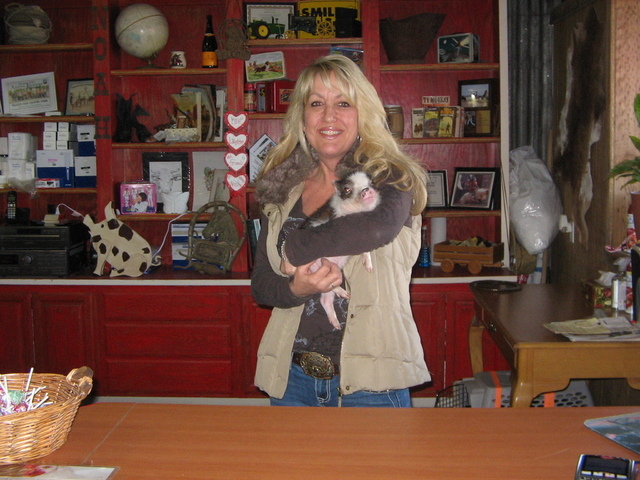 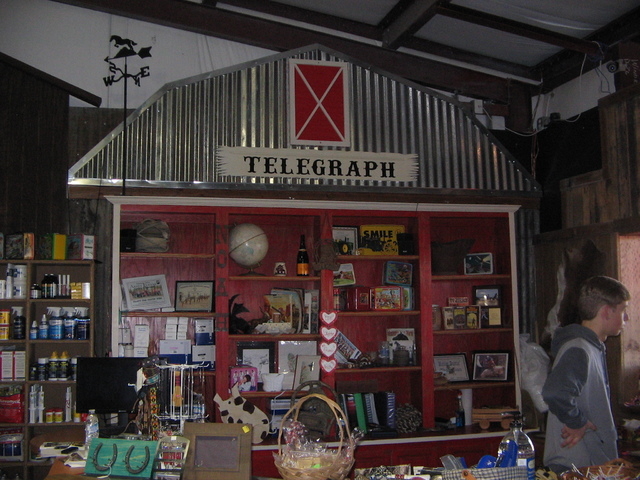 Business has been booming at the Valleys Edge Country Store since opening in November 2014 by co-owners Cary Jubinsky and her brother, Kevin Coleman.

Tomorrow a one-year anniversary celebration will be held at the store, located at 4779 W. Bell Vista Ave., site of the former Windrock Ranch Country Store.

The full-service store is appropriately named since it serves residents in Pahrump, Stewart Valley, Death Valley and Amargosa Valley. Jubinsky said she even has customers from Fallon and Yerington in northern Nevada with an estimated customer base of several thousand, which keeps growing daily.

“I knew with the economy that it wouldn’t survive just as a feed store,” Jubinsky said. “So, I came with the idea of opening a general store, country store-type offering different things, unique things, antique store, doing the consignments, doing gift items, showcasing local artists of all levels and just making it a fun store.”

Jubinsky and her son returned to Pahrump after spending time in Montana and learned the former feed store, which she initially helped build and operate with the previous owner, was for sale. She and her brother purchased the building and five-acre property with space to board horses. There is also an arena area adjacent to the store for events, including Pahrump Open Schooling Shows and other equestrian events.

A walk through the store is like a stroll down the streets of an old Western town with wall decorations depicting a saloon, sheriff’s office, jail, livery stable, general store and trading post, which Jubinsky planned and sketched, bringing new life to the building the second time around for her.

She took old pallets, doors, windows, headboards, metal and other items that people considered junk and designed the walls of the store.

“What I was trying to do is bring back the ‘good ole days’, the mercantile–type,” she said. “We do a lot of bartering and trading.”

She has customers who will trade eggs, fleece, wool and other handmade items, like homemade bread, and goods just like the good old days.

The store is part of the Intermountain Farmers Association (IFA), a co-op which allows Jubinsky access to all kinds of top-quality feed and products for domestic and farm animals, agricultural and gardening supplies, hardware and fencing at a good price.

“My number one goal was to get a store in town that is the lowest price and best quality that everybody can afford and enjoy and find what they need.”

Jubinsky said many people thought they were “crazy” for opening the store since the economy is not like it used to be when everyone’s business was flourishing. She said Pahrump deserves a store like this instead of traveling to Vegas to get a lower price.

Evelyn Cartwright of Pahrump shops at the store for supplements for her two horses.

“I love Cary, she’s great,” Cartwright said. “I love the store, she’s got the best selection and the best prices in town, in my opinion.”

Kevin McJunkin buys feed and supplies for his chickens from Jubinsky.

“She’s got a pretty good selection of medicines,” McJunkin said. “I mean we’ve shopped in Vegas and it’s the same price and it’s here locally, so we get it from here.”

Since opening 16 months ago, Jubinsky said they’ve expanded numerous parts of their product line. They also keep a “wanted list” and a request form to record specific information for customers who need a grain-free dog food, a certain animal medication, or other products which the employees will research on the in-house computer and provide to the customers.

“We wanted the customer to tell us what they need instead of us just putting out, you know, brown, white and black and this is all you get, period,” Jubinsky said. “They have a choice and they can order a hot pink bucket, or they can buy a black one.”

She said they have expanded their inventory of products based on current trends. Jubinsky said many people would just grab any kind of dog food, but now buyers want better quality such as grain-free or GMO-free (genetically modified organism), or organic, which is becoming huge in many lines.

Jubinsky said they do their best making sure all their products are made in the USA, but that is not always possible.

“That’s why I am a firm believer in showcasing local artists and talent and bringing that in versus bringing products from overseas that are, you know, cheaply made,” she said. “So, we’d rather bring unique one-of-a-kind type stuff in.”

Jubinsky described the store as being “very eclectic” with a little something for everyone.

It’s also a stopover for tourists heading to Death Valley and Jubinsky said they counted visitors from 17 countries over a four-day span.

“When that door opens, it’s customer service from the get-go and we take pride in every single person that comes through here, without them we wouldn’t be here,” she added.

Saturday’s anniversary celebration will include giveaways, food, vendors, music by the Cole Reeves Band, a petting zoo, and demonstrations. More information can be found on the store’s Facebook page or call 775-727-5037.