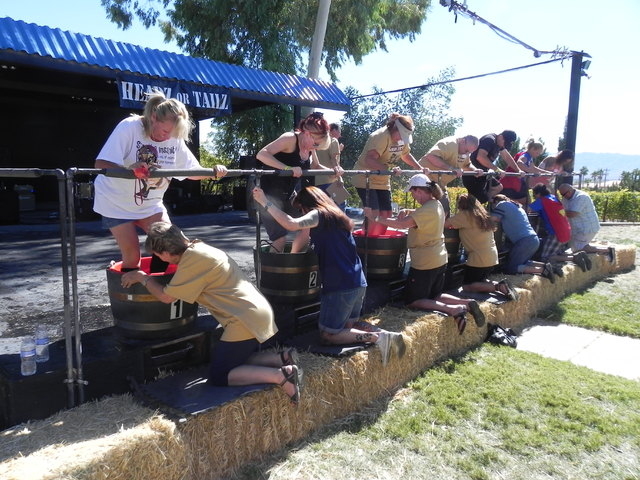 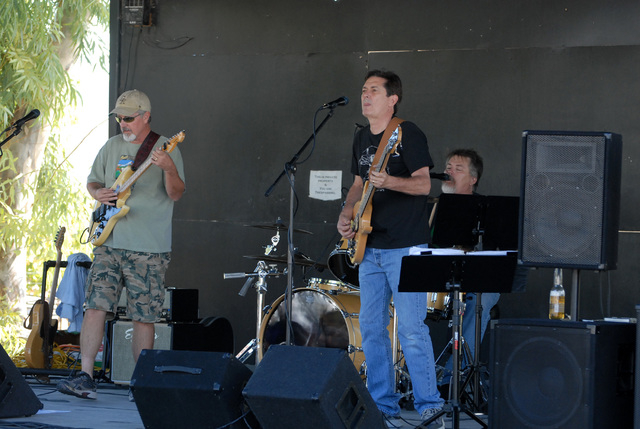 Crowds packed the Pahrump Valley Winery for the annual two-day Grape Stomp last weekend, an event that continues to grow in popularity.

“We built the new parking lot, it was full in 30 minutes, then it was all the way down Winery Road,” co-owner Bill Loken said of the parking.

Loken estimated there were 1,800 people Saturday and probably two-thirds of that number on Sunday.

“We had too many vendors, it was too crowded. We need more space for people. It’s getting to be such a big deal, which is a good problem to have,” co-owner Gretchen Loken said.

About 40 to 45 vendors selling everything from honey to psychic palm readings set up booths on the property. Gretchen said they try to encourage variety with the different booths so everybody’s not doing the same thing.

“We estimate that attendance was up probably 20 percent or so from last year,” she said.

Bill Loken said by far the number one way they attract attendees is by word-of-mouth. He added they also have an extensive database of customers. The Grape Stomp began in 1993, the Lokens bought the winery in 2003. Gretchen said they email people about the Grape Stomp, but people start calling in June.

“It has just become such an event, every year the cottages are sold out months ahead of time because of people coming for the Grape Stomp. The database is a help because we send out the word to people and then everyone who comes through our door we tell them about the Grape Stomp. So we’re recruiting all year,” Gretchen said.

“When Bill and I first started it, we did four teams at a time and we never filled up. Now we’re selling out two days and have a waiting list and we’re doing seven teams at a time,” she said.

Couples paid $40 for the chance to stomp grapes for two minutes. Gretchen said they had 84 teams each day. One person stomps the grapes, the other person keeps the opening clear for the juice to drain into the vats for measuring.

Stacey Sanders and Lacee Daniel, who took part in the Grape Stomp Saturday, were the overall winners, stomping 1,275 milliliters of juice. Second place went to Billy Jo Murray and Shayne Skougard with 1,080 milliliters, also on Saturday.

Jim and Kathy Thomas finished first on Sunday with 1,135 milliliters of juice. Ken and Lori Scavnicky were second with 1,075 milliliters.

All those quantities are well more than a standard 750 milliliter bottle of wine.

Bill said they probably sold 400 to 500 cases of wine over the weekend, about 10 pallets. Customers took advantage of discounts of 20 or 40 percent over the Grape Stomp weekend. But he said that’s only a small part of the 10,000 cases they sell annually.