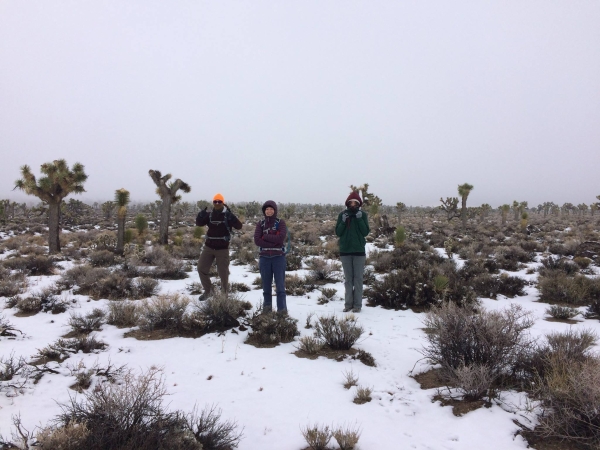 Death Valley National Park continues to see an influx of visitors to the popular tourist attraction, with 2015 seeing a record-breaking amount of people visit the destination.

Over 1 million people visited Death Valley last year, making this the eighth consecutive year that visitation to the vast desert park has increased.

Last year saw 1.17 million recreational users visit Death Valley, a 6-percent increase over 2014. Visitation has increased every year since 2007 and is now edging close to the park’s record of 1.23 million visitors set in 1999.

After the park saw strong numbers throughout the hottest summer months, weather issues plagued the park during the fall months.

Visitation dropped by about 9 percent in November and December as compared to the previous year.

Flash floods damaged park infrastructure and roads in October and at one point over 300 miles of roads were closed. National Park Service, CalTrans and Inyo County employees all worked together to clear about 500,000 cubic yards of debris off roads.

Most roads in the park have been reopened, except for two sections of road that were heavily damaged, which are still months away from being repaired. Large sections of road base and pavement were washed out in Grapevine Canyon, on Scotty’s Castle Road and the Jubilee Pass area of Badwater Road. Repairs are scheduled to be completed by the end of this year.

Scotty’s Castle has also been closed since October, after over three inches of rain in 5 hours caused a flash flood. This flood destroyed the water, electrical and sewer systems at Scotty’s Castle and damaged three historic structures. Scotty’s Castle is going to be closed all of 2016, and it could be inoperable for two or three years more until it is fully repaired.

National Park Service Director Jonathan Jarvis said the rise in visitors took place during a time that they have been looking for a new demographic to check out its parks as they celebrate its centennial year.

“The increasing popularity of our national parks comes as we are actively reaching out to new audiences and inviting them to explore the depth and breadth of the national park system,” Jarvis said. “The 409 parks we care for preserve natural, cultural and historic landscapes across 84 million acres in all 50 states, the District of Columbia and U.S. territories, and they tell stories that reflect the great diversity of our nation.”

Increased visitation tests the capacity of Death Valley National Park to continue to provide a great experience for visitors.

“We’re adjusting to make sure engaging ranger programs are provided and staff are available to answer visitor questions and to keep restrooms, campgrounds and other facilities clean,” the park service said in a statement.