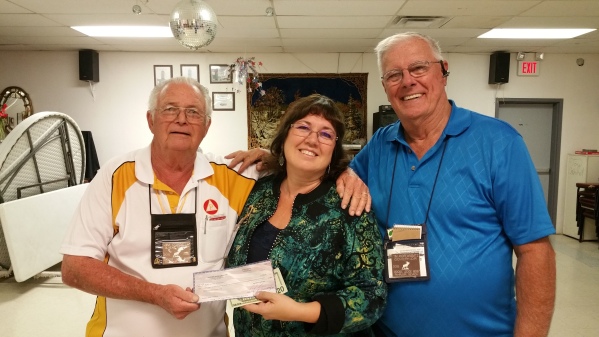 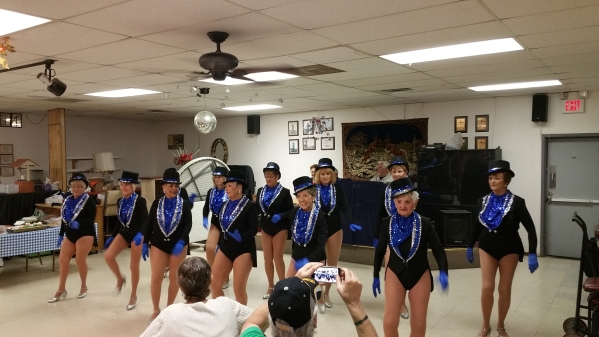 After being approached by the local Moose Lodge to see how they could help the Nye County School District Homeless Activity Fund, the two groups never imagined the outpouring of support that their spaghetti dinner would draw.

The donation dinner held Sunday at Moose Lodge #808, brought in $2,100 from donations for the dinner and various auctions. There was no set price for the dinner, which included spaghetti, garlic bread and salad, so attendees donated any amount they felt comfortable with giving in order to take part in the dinner.

The amount of money raised was a surprise to Linda Fitzgibbons, homeless student liaison, and the Moose Lodge said it was a record-breaking event for them.

In addition to the dinner, a bake sale and a 50/50 drawing also took take place, helping draw more donations from the attendees.

Fitzgibbons estimates that around 120 people attended the fundraiser that ran from 3 p.m. to 6 p.m and at one point there was a line built up.

“There was a time during the night that some people were waiting for other people to get up to be able to get a seat at a table, because there were so many people there,” Fitzgibbons said.

The homeless activity fund supports children in the school district that have been identified as homeless under the McKinney-Vento Act.

After the resounding success of this year’s inaugural event, the Moose Lodge and the school district plan to make this an annual event.

Fitzgibbons said that the funds raised by the event will go toward purchasing supplies such as clothing, shoes, toiletries, fees and school supplies, among other things a child in need might require throughout a school year.The money can also go toward paying for field trips for students who would otherwise not be able to afford the price to go.

There are 311 students that utilize the homeless activity fund at this time, so the organization can use all the help they can get to help area youth.

The overwhelming show of support from Pahrump is no surprise to Fitzgibbons, as she explained that the area is always up to providing for those in need.

“Our community steps up every single time,” she said. “I never have to worry about us being covered. Our community turns out, for not only donations, but they do the fundraisers and donate their time.

“They’re just amazing. We live in a special community and this does not happen across the United States. Pahrump really steps up when it comes to our needy families and homeless children.”