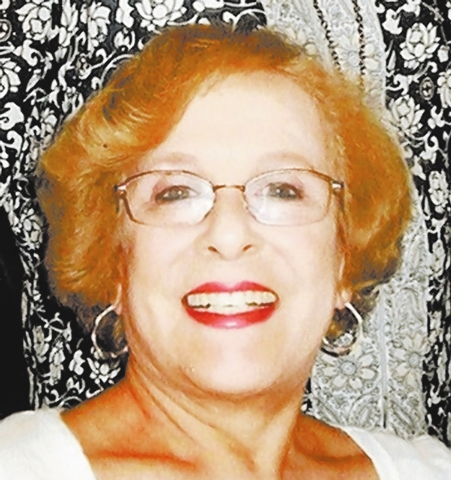 Local resident Willi Baer’s work with nonprofit agencies spans over the course of many years.

As the present Executive Director of CASA (Court Appointed Special Advocates) Baer has gained a wealth of knowledge in all facets of the nonprofit industry.

She recently completed her second book on the topic entitled, “The Care and Feeding of a Nonprofit Executive Director.”

This week, Baer discussed her motivation for scribing what she calls a “must read” for anyone interested in learning more about the ins and outs of creating and maintaining a nonprofit agency.

What was your inspiration for writing the book?

When I retired, several people told me that I should write a book.

In 2009, I wrote “The Care and Feeding of a Nonprofit Board” which is geared primarily for executive directors on how to take care of their board members.

After that I thought that there was some care and feeding of the nonprofit executive director that needs to be passed along as well. This basically shows how someone in the nonprofit world can become a director.

Q: How does one define a nonprofit agency?

A: In this country, a nonprofit organization can be a $30 billion dollar business. That doesn’t mean that is what we get paid. Nonprofits basically have to spend what they earn. What you earn this year, you budget for and spend the following year and that is the ideal way. When we first started, we were going hand to mouth and spending it as we got it on things that we needed. Nonprofits should not have a lot of fluff left over at the end of the year.

Q: Do those who work for nonprofit agencies earn a salary?

A: They most certainly do. With a big organization the salary can be very competitive. With some of the smaller ones like CASA you do a lot of work as a volunteer because we have not gotten to the point where we can spend what we raised last year.

Q: How long did it take to complete your latest work?

A: It was just a few months but I can actually sit down and write it in a couple of weeks, but it took me longer because I did my own editing as well.

Unless you are a well-known author, you have to pay for all of your editing and everything else they do for you and I didn’t want to do that, so I did my own editing.

Q: What are the initial steps in creating a nonprofit agency?

A: The first thing you have to do in order to get a 501©(3) status, is have a board or at least three or four officers like a president, treasurer and secretary. When you apply to the IRS, it varies in the length of time it takes. I have heard people say it took them six to eight months to get, and others say they got it in six to eight weeks. We were very fortunate when we got it because it came in less than three months and I was projecting a longer time, so I was really happy when we got ours fairly early on. In order to be considered nonprofit, you have your 501©(3) because if somebody is operating and they don’t have a 501©(3), they could be fined seriously if the IRS found out. If you don’t have it, you could seriously hurt your funding.

Q: Can some nonprofit agencies actually make a profit?

A: Yes. A good example of that would be the Girl Scouts because they are allowed to sell their cookies retail because they also have a profit making arm.

Q: Obviously you want to sell your book, but could you offer up a few words about what one can expect when entering the world of nonprofit agencies?

A: It is a lot of work and there are so many good reasons and causes out there. We are all struggling for the same bucks and it can be difficult. When you are trying to get donors to make you their charity of choice, you really have to appeal to whatever makes their hearts ache. Whether it’s children, animals or illness, whatever it is, it must be something that touches that person.

Q: How can someone determine the legitimacy of an organization that refers to itself as nonprofit?

A: Thank goodness that in this day and age we have access to computers where we can go online and do some research into an organization. I would also say contact the Secretary of State’s office and ask for a list of the nonprofits, which there is a fee attached. You can go over the list and check out the names for your research.

Q: How is your CASA organization doing these days?

A: We are doing really well. We have our Mardi Gras coming up next month and our Crab Fest the following month. We also have our training after that. Since we started the first year, we were praying to have five people and since then we have sworn in 37 CASA advocates right here in Nye County. We are really thrilled about that. Unfortunately the need for CASA is always here because at any given time there is between 80 and 100 children in foster care. It’s tough.

Q: By the way, how does one purchase your new book and how is life as an author?

A: Just go to amazon.com or offerhouse.com. At the end of the month, they will be in Barnes and Noble as well. There’s also an app for your Kindle device. As far as being an author, I’d like it much better if I was Stephen King or someone who can make a living off it. When you are writing how-to books, you appeal to a much smaller audience, so you never get rich off this kind of endeavor. When you write a novel that anybody and their brother can pick up and read, is where the real money is. I do it because I enjoy helping people and I believe in the nonprofit world and I want to see people who are in it, do the right thing.