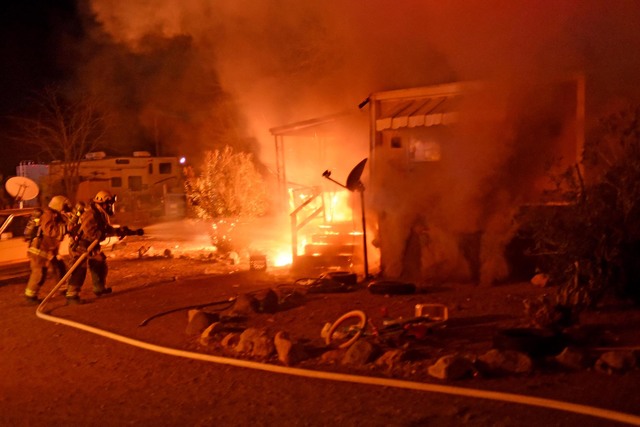 Beatty resident Kristy Turner said that her family of four was sound asleep early Friday morning, Feb. 10, when the barking of their dog, Calypso, woke them up.

The dog very well may have saved their lives. The cause of the dog’s barking was a fire in the porch area of the mobile home in space 11 of the Schultz rental park.

The Beatty Volunteer Fire Department responded to the fire shortly after 4 a.m., knocking it down quickly. Chief Mike Harmon said the family was lucky that they had caught it early.

The cause of the fire was not immediately determined, but Harmon said it appeared to have started in a bush near the porch.