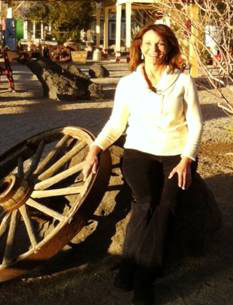 The Pahrump Valley Museum and Historical Society will host its next lecture in the series Saturday, June 14 with Susan Sorrells as the guest speaker talking about the Dublin Gulch Caves and their history.

Sorrells grew up in Shoshone, Calif., as a member of the Fairbanks-Brown pioneer family. She graduated from Smith College and after college worked for Senator Kuchel in Washington D.C. under the direction of Leon Panetta. This position led to a job as a community worker for the Cornerstone Project in Atlanta, Ga.

Susan left Georgia for the Peace Corps and worked as a schoolteacher and community worker in Liberia, West Africa. She then attended UCLA where she got a Masters Degree in African Studies.

After living in Europe for several years, Sorrells returned to her home in Shoshone, where she has been involved in many conservation and community organizations in Inyo County. She is the founding member of the Death Valley Health Center, Death Valley Chamber of Commerce and the Shoshone Museum Association.

Sorrells and her husband, Robert Haines, own and operate the village of Shoshone and Shoshone Propane in Pahrump.

Having grown up and now living in Shoshone, she is well acquainted with the Dublin Gulch caves and will be speaking extensively about them. The mud cliffs of Dublin Gulch, on the southwestern end of Shoshone, were hollowed out into interconnected rooms and used as homes in the early 1900’s by miners and others (including the notorious Shorty Harris), until the 1960s.