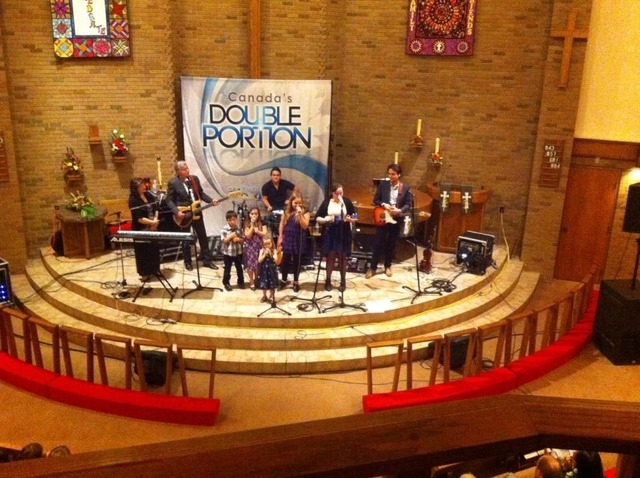 Pahrump’s Covenant Lighthouse Church on Sunday is the venue for a unique family of singers, songwriters and musicians.

According to the group’s bio, Canada’s Double Portion from North Battleford, Saskatchewan is a five-piece gospel band comprised entirely of one family.

Parents Duncan and Debbie Hemmerling, along with nine of their 10 children, will perform at 7 p.m.

This year marks the 34th year of ministry for the veteran group.

The group originated with Duncan Hemmerling, along with his three sisters.

Over the years, Canada’s Double Portion has traveled across the continent from Newfoundland to British Columbia, and from Georgia to Alaska.

The group said three decades of traveling have provided unique experiences, such as singing on the Grand Ole Opry stage and backing up Johnny and June Cash at a Cash/River family reunion.

The ensemble has performed with numerous gospel music groups while touring the U.S.’ largest events.

Their songs, Just in Time, What I’ve Learned So Far and Your Love were awarded in the country bluegrass and southern gospel song of the year categories.