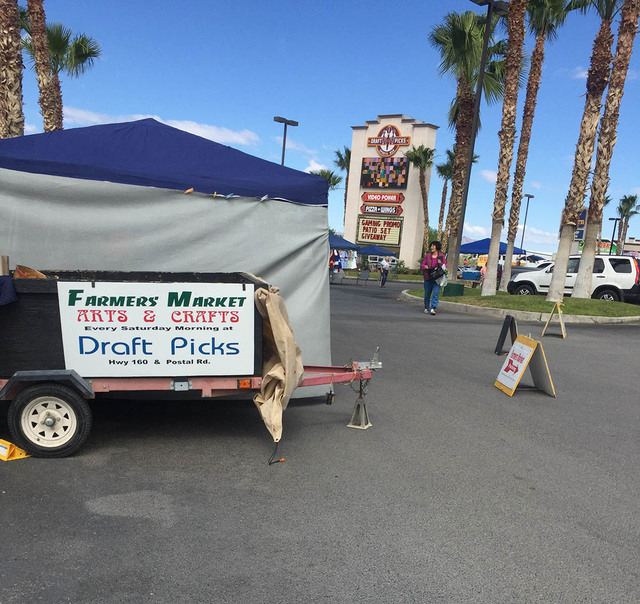 Liability issues are forcing the farmers market off the Home Depot parking lot.

Steve Richardson, the local Master Gardener coordinator said Home Depot forced him to move, leaving the group to find a new home which will be in the parking lot of Draft Picks, 1101 S. Highway 160, starting Feb. 21.

“We have had a very good relationship with Home Depot for over a year now, but without putting words in their mouth they told us that there is a policy that forbids events in their parking lot,” Richardson said.

According to Home Depot Manager Jeremy Vasquez, the store had to tell the farmers market organizers they had to move due to a company policy that the store didn’t know was being violated, which states that there is no soliciting allowed on Home Depot property.

Debby Woodland, a UNCE coordinator, said the farmers market has been in Pahrump for over a decade.

He said to be a vendor one must have insurance. The market only sells for three hours a week so the costs are pretty low. A single parking space is $4 and if you take up a double it’s $7.

“The only thing holding back the market is having enough buyers during the winter months to make it worthwhile to come on out and sell. We are trying to come out every week to keep the traffic up,” he said.

Case in point, this was the first time the market was open all year long and this was done to keep the traffic constant in hope of increasing traffic.

“Many vendors said the hours are too short and I had some vendors come to me and said to me, ‘We just don’t make enough.’ And they are out for three or four weeks and they don’t come back because they are not selling enough product,” he said.

The coordinator explained that ususally with the fruits and vegetable vendors in the summer this is not a problem.

Everybody pretty much sells out during the day.

“In the winter, it is harder to keep this thing going,” Richardson said.