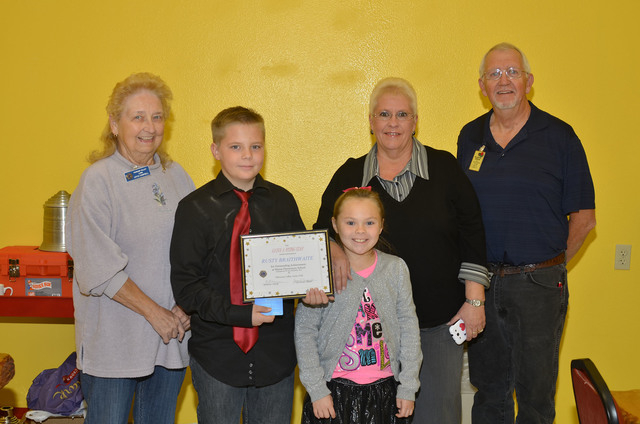 Local student Rusty Braithwaite has much of which to be proud. The Manse Elementary fifth grader is the first Pahrump student to earn a prestigious award courtesy of the Pahrump Lions Club.

Braithwaite was bestowed the Catch a Rising Star award for his academic achievements and overall performance in class.

“I was a teacher for 36 years and every year we would have awards ceremonies for all the A students and star athletes and student government,” he said. “There was also a lot of students who didn’t get straight A’s but they were great kids, but didn’t get any recognition. I was like that myself when I was in school.”

Newyear said the organization plans to award deserving students at all of the district’s southern campuses.

“By the end of the year, we will have honored students at Hafen, Rosemary Clarke, Pahrump Valley High School and Pathways,” he said. “I think not only will we continue it, but I’d like to see it expanded to several honorees each month.”

For his efforts, Braithwaite received a Catch a Rising Star framed certificate as well as a gift card.