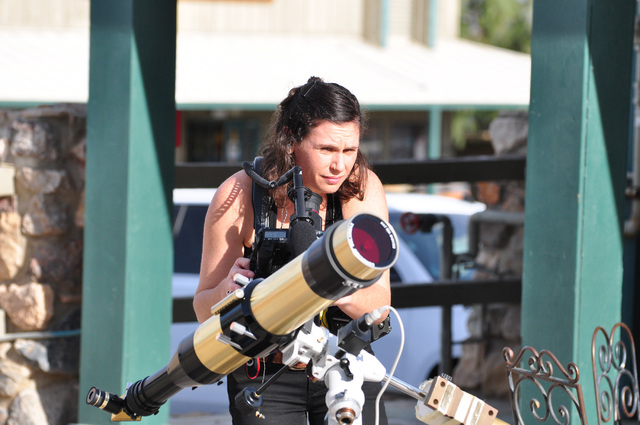 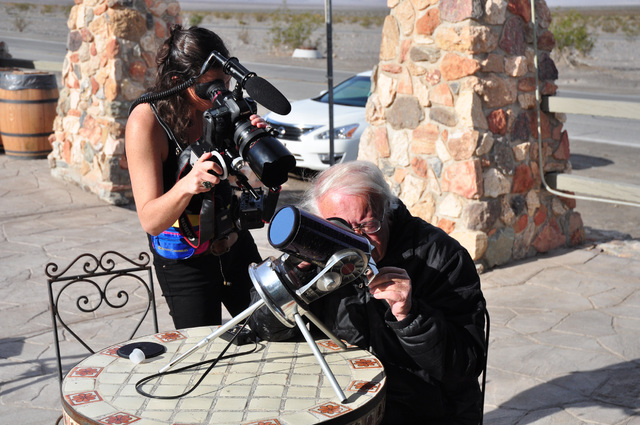 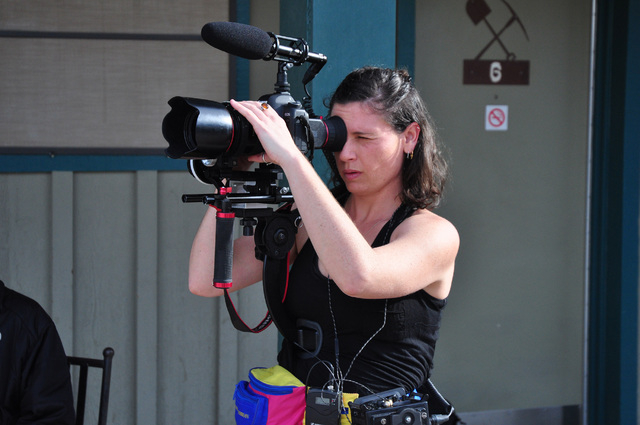 The National Parks Arts Foundation awarded an art residency in Death Valley to Hannah Jayanti of New York. Jayanti is a filmmaker from Brooklyn, who stayed in Stovepipe Wells from Jan. 6 to Jan. 31 to complete a documentary film about the area.

Jayanti competed with 200 other artists for the residency.

At the young age of 29, she has already completed two documentary films. The first film she made was about the classic children’s book called the “Phantom Toll Booth.” For those not familiar with the title, Jayanti describes the children’s tale as “like the American Alice in Wonderland.” The book is still in print and has sold millions of copies.

This book was done in 1961 by Norton Juster. It was illustrated by Jules Feiffer who was a well-known satirical cartoonist.

“They’re in their 80s now and I spent some time with them,” she said. “We talked about their creative process, their friendship and about some of the really beautiful themes in this book. That came out last October 2013 and it appeared at the New Yorker film festival.”

Her second one was just finished and was about a family of craftsmen who make neon signs in New York.

“I just finished one called ‘Gasper and Son,’” Jayanti said. “It is one of the last sort of handcrafts which has changed a lot over time. It’s about a father and son team.”

In the apprenticeship it takes about five years before you can work alone. So it’s about a changing industry and what it means to be a family-owned small business in America with changing technology and the economy she explained.

The accomplished filmmaker has been doing this for five years and she plans on continuing in her craft for many more years, despite not making a lot of money. She cuts down on the cost of making the films by doing everything herself. She has no crew.

This mean she’s not on the battlefields of the world. She doesn’t go into crime-infested neighborhoods looking for big headlines.

Her films are about “things people are not hearing about.” And they are a little “less dramatic.” In fact, you might even say the films are just “ordinary people films.”

“They are the ordinary trials and successes that we all go through,”Jayanti stresses. “I think the intimacy of working with a small crew and working documentaries allows for a type of empathy and the type of insight that you wouldn’t be able to get in another field or with a bigger crew.”

She explained that when she makes films it’s just the people telling their story. She is not in any of the footage. She just sits and listens. All questioning is done off-camera.

The PVT was able to catch Jayanti in Death Valley filming her latest film about people who live in Stovepipe Wells.

“I got the idea to do this story, part of it was the residency and that allowed me to come out here for a month,” the documentarist said. “And I was interested in an offseason tourist place. And in a place that was very isolated that has people who live here full time.”

In the film she listens to why people moved to such a desolate and hot place.

“I am hearing about their stories and how they ended up here,” the filmmaker said. “People come here for very different reasons. And it’s a very particular place, there is no cell phone service, there is barely any internet, and there is nothing to do.”

The town is 82 miles west of Pahrump and 25 miles from Furnace Creek.

In the film she learns what brought people to this place. Oftentimes documentaries about the national parks focus on the history of the area and its beauty. People have a variety of reasons and people have figured out this offbeat lifestyle. Jayanti said it was a rare opportunity to learn about the people in Stovepipe.

The people of Death Valley have taught this city girl that there are people who enjoy living in isolation.

“The main things I have learned is that all the people who are here love it,” she said.

At first, she never thought she would learn that people who are here really want this type of isolated life.

“I think for me coming from the big city this is hard to imagine,” Jayanti said. “Sometimes you think well maybe people ended up here because they had no choice. It has been really wonderful to learn that they do.”

Most of the people she encountered tried to live the nine-to-five experience but found this lacking and it just didn’t work for them. They have found this version and they love it.

“For me that’s really cool. The sort of idea that you can carve out this unusual life,” she said. “Rarely do you get an insight about the people that come here and the people that live here. For a lot of national parks what’s important is how we relate to them and I felt that story never gets told,” Jayanti said.

Unlike big documentary film companies with large crews and big budgets she said she does things a lot smaller and it allows her to make films the way she wants to and about what she wants.

“I make films a little differently,” she said. “I don’t wait to make a commission. I just make them and just hope they do well in the world. For example this one, I am just doing it on my own and I will finish it on my own and then I will take it on the film festival circuit and hopefully get it picked up by TV.”

Her films have done well. The one about the family craftsman is still on the film festival circuit. She said the advantage of doing things this way is it doesn’t matter if it doesn’t do well because the film is already made.

“It also gives me a lot of creative freedom which I really appreciate,” Jayanti said.

In the end, her style of filmmaking fits what she likes to do and that is learning about people. She believes documentary filmmaking is all about relationships. She makes real friends when she does this work.

“It involves a really trusting relationship,” Jayanti said. “You just can’t come in for just two days. You have to come and spend a lot of time and you have to really get to know people. You have to be open and you really have to listen to people.”

Whereas with narrative films is more about making a vision. She says when she starts on a project she never knows what she will find or what she will hear and she likes it that way.

“I have to be constantly open which involves me suspending my personality and just really sitting back and really listening to people and what they have to say,” she says.