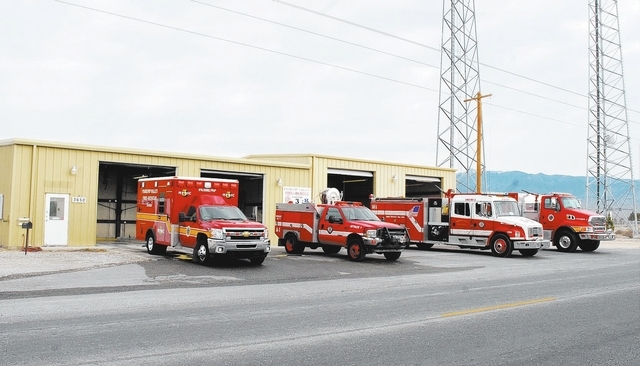 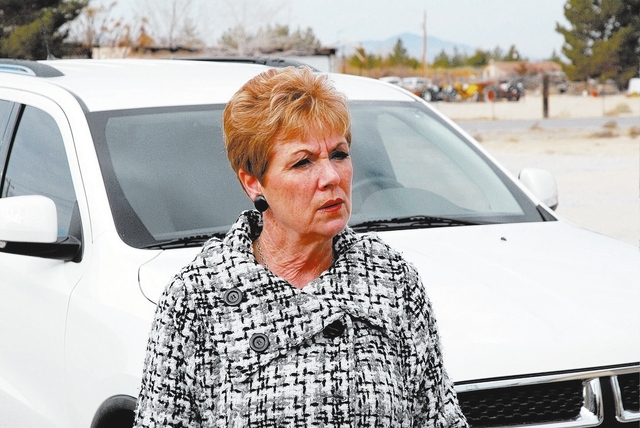 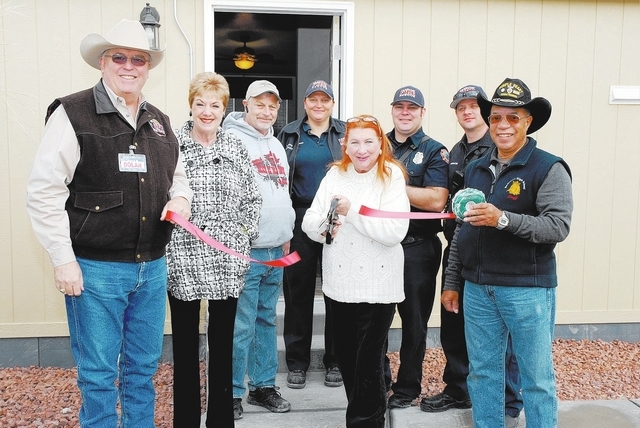 Fire personnel stationed at Pahrump Valley Fire and Rescue’s (PVFRS) Station 3 welcomed the public to an open house on Thursday.

Crews were more than eager to show off their new living quarters during a special ceremony at the facility on the far south end of town.

Pahrump Town Board members and staff gathered for the ribbon cutting ceremony at the entrance of the living quarters just after 10 a.m.

Last year they approved a Request for Proposal (RFP) for the replacement of the living quarters at the site.

A total of two proposals were received.

Costs for the project came from the town’s Capital Improvement Fund which included transportation, set-up, utility connections and permit fees.

The company was also responsible for the temporary relocation of the existing structure for use during installation of the new living quarters and removal of the old structure.

The Town of Pahrump assembled a committee whose goal was to create specifications, review submitted bids, and render a recommendation regarding a new modular living quarters.

The process also included all PVFRS members who conceived a workable interior design.

Board member Dr. Tom Waters noted that the town did not want to rush the project.

“We voted on it and we watched it happen so it has been a period of time. We could have had it done sooner but we wanted to have all of the landscaping, sidewalks and everything completed which was just recently finished. That is why we are having this a little later after it was completed,” he said.

Town Manager Susan Holecheck said both the board and staff deserve a pat on the back for making the project as efficient and cost effective as possible.

“We were able to make sure the town got money back because we received money from the old structure so it really was a win-win situation. The company did a great job,” Holecheck said.

Looking at the new modular building can be deceiving from the outside as it appears to be much larger once inside.

The interior is no different from that of a standard single family home with the exception of three refrigerators in the large kitchen area which also features a pantry.

The living room/den area has comfortable seating with a small flat screen television and stereo system along with a space for fire crews to complete their reports.

Previously Station 3 was made up of two modular buildings that deteriorated over the years.

The fire department deemed it would be most cost efficient if the living quarters were revamped by using the old footprint which would save more money rather than replacing the entire footprint of the building.

Pahrump’s Station 3 is located at the corner of Kellogg Road and Squaw Valley.