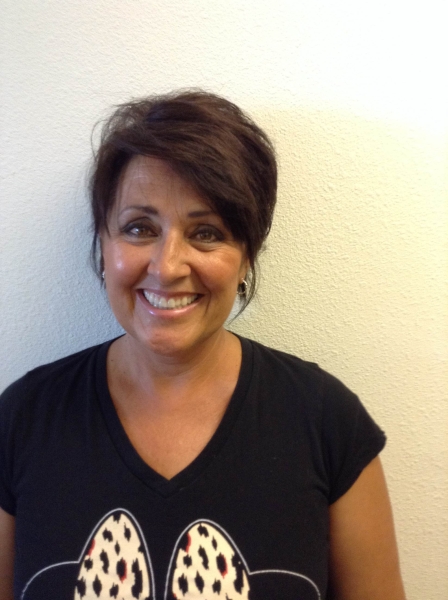 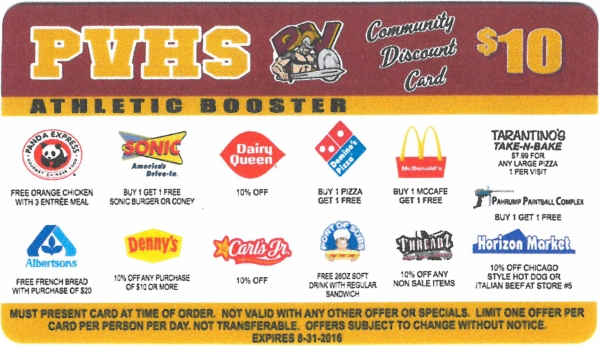 Cindy Colucci is back as president of the Pahrump Athletic Boosters.

She return in time to organize the fall season and to take a lot of stress away from the administrative staff at the high school.

Trojans Athletic Director Ed Kirkwood was glad to see Colucci return. Last year Kirkwood, Assistant Principal Jason Odegard and even Principal Chris Brockman could be seen manning the concession stands because the last booster president had to leave due to family matters.

“It’s great to have her back,” he said. “She is a businesswoman and she runs it like a business. There is no money wasted, what she buys she uses. Also she is a true local, born and raised in Pahrump and this is a labor of love with her, she is Trojans all the way.”

Colucci left in the spring of 2010 because her family moved out of town.

According to Colucci, she started in 2005 as just head of the football boosters. This blossomed into the current athletic boosters because the other sports needed to raise money too. So she and the school formed a bigger booster organization to support all the teams.

“In 2008 we started raising money for all sports,” she said. “The idea was to raise money so that all the athletes had money to attend events that normally would cost a lot. A blanket account was established for all sports.”

The bulk of the money came from concession stands and the money was then divided among the sports as fairly as possible.

The first booster president was successful at what she did. She started off with no money and by the time she left in the spring of 2010 the account had $35,000 in it. Her new goal for this year will be $40,000.

Colucci no longer has any kids left playing sports but returned anyway to the position because she just wanted to help the school.

“I went to this high school and I was an athlete,” Colucci said. “I love my school and was extremely motivated to come back and help.”

The Trojans booster said she has everything ready to go.

“I already have had meetings with the parents, we have done our inventory and set up our deliveries,” she said. “Everyone knows what their role is and what they are supposed to do. It’s nice to come back and have the parents push me.”

The first order of business will be to launch the new booster cards for the 2015-16 season. Colucci came up with these athletic cards when she first started.

“The cards are back with even more value than before,” she said. “One example is Domino’s Pizza. It has a buy one get one for free deal. There will be just so many new deals other than just 10 percent. If you just use your card once you can make up the money spent for the card.”

Colucci said the new cards will go on sale on Aug. 19 and can be bought by any Trojans fall season athlete for $10.

In addition, the boosters will be changing around the concessions at the football games.

“We will be serving the traditional items but have gone back to the basics on the hot dogs and hamburgers,” Colucci said. “Also we will be selling items in different parts of the football stadium to alleviate the long lines. I got complaints from people saying I spent 40 minutes in line waiting for just a drink.”

The boosters still need volunteers to help raise money by working concessions. For more info call 775-209-4157. There are also sign-up sheets at the athletic office.