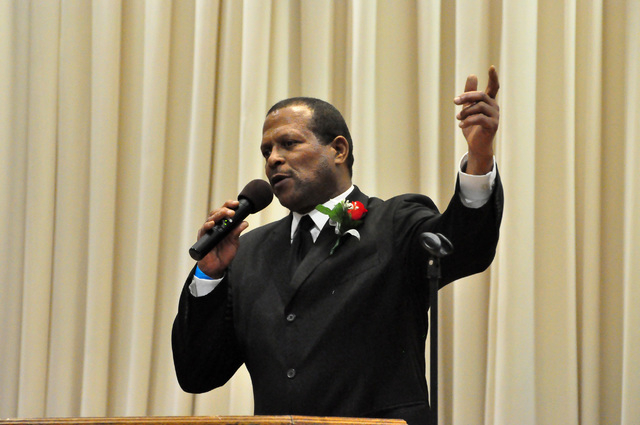 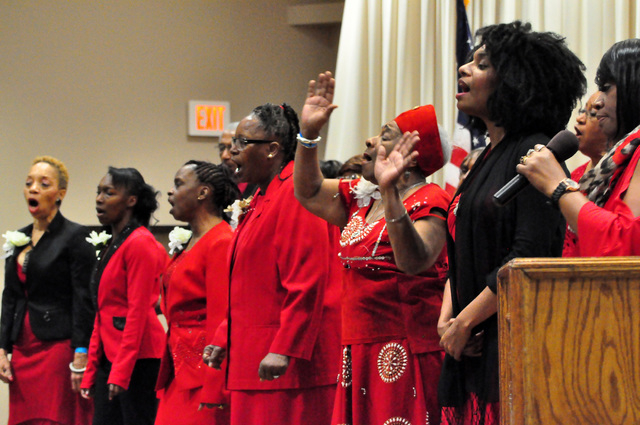 More than 200 guests gathered at the Pahrump Nugget’s Events Center to praise the life of a man who sought to non-violently establish civil rights for all Americans.

For the past 13 years the scholarship foundation breakfast has raised funds for local high school students looking to attend college next fall.

“It was excellent again this year,” she said. “Every year we have a sold-out crowd. The entertainment was beautiful and we are back to honoring the children who are working to get their education.”

Going along with King’s dream of equality and bringing people from different backgrounds and races together, Monday’s event featured speakers from various churches within the community as it has for the past 13 years.

Rev. Julie Platson from St. Martin’s in the Desert Episcopal Church began the ceremony by welcoming the guests.

A Prayer for our Young People was said by Pastor Ron Fairbairn from Central Valley Baptist Church, while Pastor Harold Davis from Church of the Harvest provided the closing prayer.

After more than a decade since the first All People’s Breakfast, Joyner said she is pleased that the event has come a long way in the community.

Joyner said the first event in 2002, was held at what used to be known as the Pahrump Country Club on Buol Road.

“It’s now the Salvation Army headquarters,” she said. “The second one was held at Rosemary Clarke Middle School and from that point on, the Pahrump Nugget co-sponsors us and we’ve held the breakfast here ever since.”

The foundation gives upwards of $4,000 a year to local scholarship recipients.

Joyner said other local organizations benefit from the foundation as well.

“We do book grants and we help the high school’s ROTC program and the Key Club,” she said. “If they need something and we have the funds we give them a small grant.”

When asked whether she believes Dr. King’s vision has been realized, Joyner said as a nation, we’re getting there.

Additionally, she noted that King’s dream included all Americans, not just African Americans.

Local business owner Tom Saitta emceed the event as he has for the past 10 years.

Following the ceremony, Saitta said he was honored to do so again this year.

“The honor was not only for myself but for my company to have been asked to be Master of Ceremonies again,” he said. “I had a wonderful, wonderful experience today. Dr. Martin Luther King fought for civil rights and freedoms for all people and that’s why we called this the All People’s Breakfast. I was 21 years old when he gave that famous I have a dream speech, so I remember it vividly. Back then I had hope that things would get better and it has, but it’s not the best yet.”

Towards the end of Monday’s ceremony, Minister Richard Lewis delivered King’s 1963 speech, followed by a closing prayer from Pastor Harold Davis from Church of the Harvest.