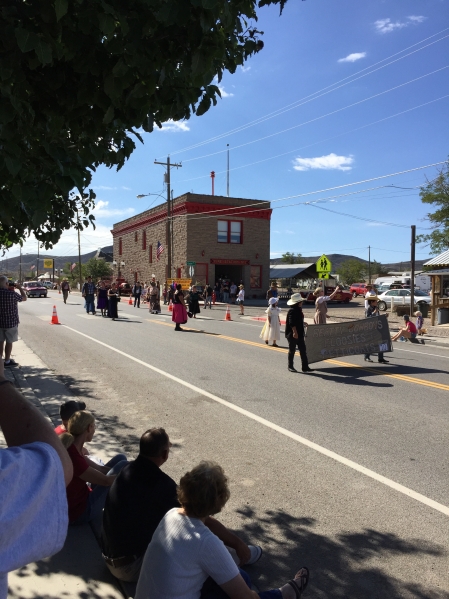 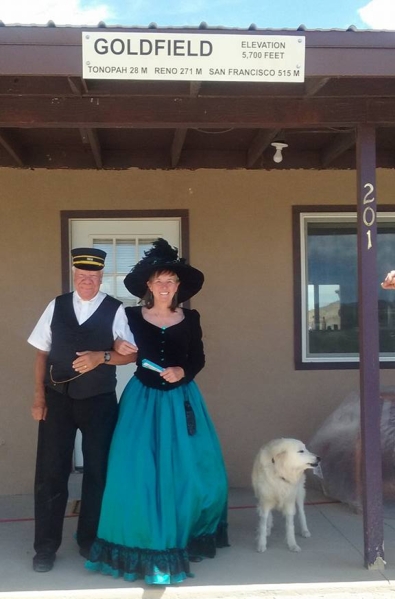 The 15th annual Goldfield Days took place the end of July attracting one of the largest crowds in the event’s history.

Although official numbers have yet to be tallied, Goldfield Chamber of Commerce President Malek Davarpanah said he estimates the crowd to be near record-breaking figures.

“There were over 1,000 people,” Davarpanah said. “We don’t have anything definite yet; we’re still looking over all the numbers.”

Going off his own guess, Davarpanah said this is the most successful year Goldfield Days has seen in its decade-and-a-half existence.

Usually the Friday of the three-day event is one of the least attended days, but this year the event saw a good turnout.

“Friday for us is a set-up day,” Davarpanah said. “But this Friday was fantastic. It was so good and so many people showed up.”

Although everything as far as attendance and vendors was healthy for the event, there ended up being a lack of food vendors for various reasons.

“We had over 30-something vendors, but we were a little bit short of food vendors, but other than that everything was great.”

Davarpanah attributed the lack of vendors to weather issues in surrounding states and miscommunication between some vendors that were scheduled to come, but thought the festival had been canceled.

Dominic Pappalardo from the Goldfield Gift Shop explained that although there was a lack of food vendors, a local favorite restaurant stepped up their productivity to fill the void.

“The Dinky Diner, our local restaurant, did fabulous,” Pappalardo said. “Unfortunately there was an hour and a half wait to get in, but when I talked to the people from the Dinky afterward and they were just tickled out of their skin. They did more business than they ever did in a day, but that’s not fair to the people who are patronizing the event.”

Next year both Davarpanah and Pappalardo said they will focus more on food vendors to ensure a shortage does not take place in 2016.

One other damper on the festivities was the weather, as gusty winds and a few showers halted the outdoor part of the event.

“It was just enough to shut the band down Saturday night, because it took their tent out,” Pappalardo said. “It started to rain just a little bit and after that after wind gusts came through; they set up in the community center and we drew all of the drawing tickets, giving away 57 prizes.

“Then the band played for a little while in the community center, so it kind of took the street fair part out of it, and a few folks were bummed about that, but we worked through it and did the best we could.”

Of the various events that went on during the weekend, some events stood out as the more popular activities festival-goers enjoyed most.

The car show that took place on Saturday drew large crowds, displaying any car that was made before 1979.

“It’s tough to beat a car show,” Pappalardo said. “We had a few people participate in the GPS challenge … the other thing was the poker walk went very well, we had about 45 people in that, but the car show was very popular.”

Also, the land auction was another big hit, as interested bidders tried to purchase a piece of land that owners failed to pay taxes on for several years.

“I feel like we did really well and we sold all of the parcels,” said Esmeralda County Clerk, Lacinda Elgan. “We had 16 parcels sold and if you added all the minimum bids together we came up with $63,900.”

The largest price went for $10,300 for a 21,000-square-foot lot on Columbia Street a few blocks south of the Goldfield Hotel. The site, which had an opening bid of $5,150 and had three large trailers and many cars and a boat on the land, was acquired by a Henderson-based outdoor adventure company.

The money generated by the land sale goes toward back taxes on the properties and other charges per the statute that is part of the minimum bid. If there are any excess proceeds after that it is put into a trust account, which previous owners of the properties sold can claim if they can show they have to right to the parcel, according to Elgan.

One of the book signings held during the weekend created a buzz, as it was held inside the storied Goldfield Hotel.

“A lot of people were excited that the front doors were even open,” Pappalardo said. “They were able to get into the lobby and look around and of course see Janice Oberding and maybe get their book signed.

“A lot of people said it was their first time in the hotel and they were ecstatic. Some people actually only came (to Goldfield Days) because they heard it was going to be open.”

Looking toward next year’s event, both Davarpanah and Pappalardo are confident that they can make the event even better as they will have more time to plan it this time around.

The group that runs the Goldfield Days made up of Davarpanah and his wife and Pappalardo and his wife among other volunteers will have longer to plan the event out next year, which they hope will net an even better event.