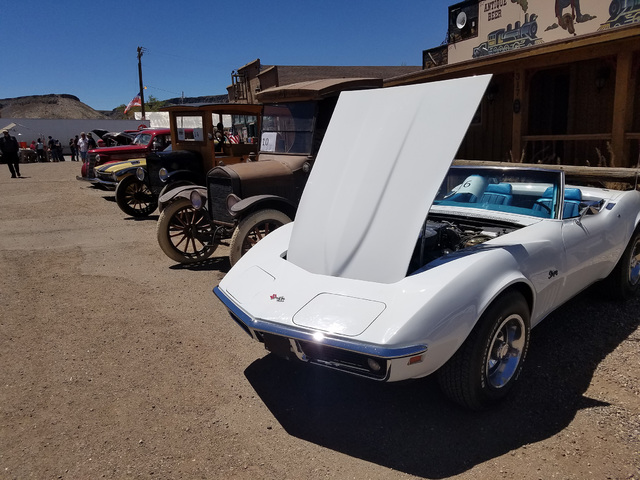 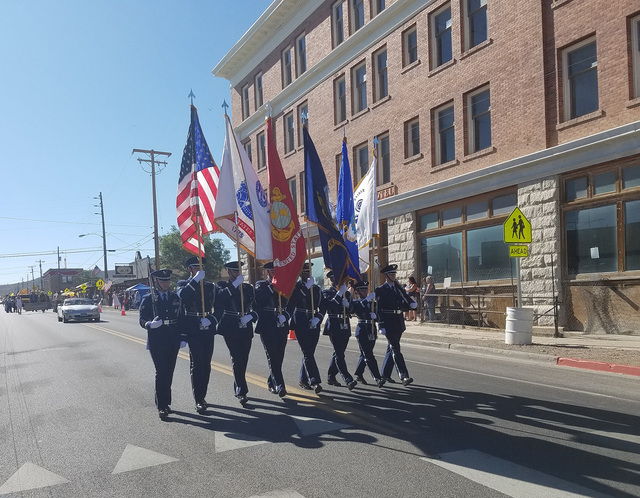 David Jacobs/Times-Bonanza & Goldfield News A look at the Goldfield Days' parade on Aug. 6, 2016 in the historic Nevada community. In all, the parade featured 25 official entrants. Spectators lined the parade route to view the event that included a group from Nellis Air Force Base, which started with a patriotic ceremony. 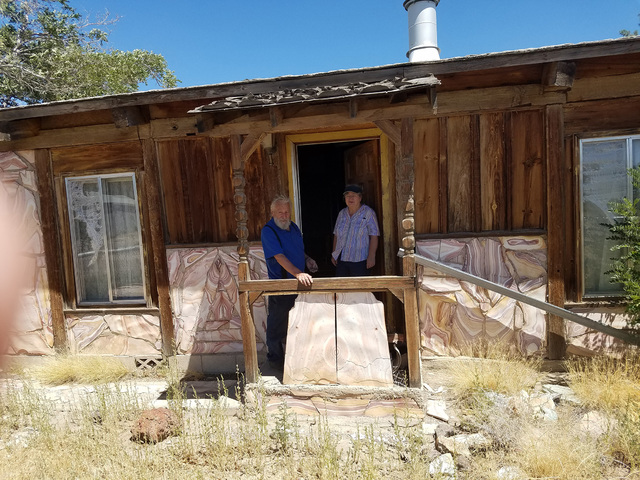 David Jacobs/Times-Bonanza & Goldfield News Aldo Mazzella and his wife Carol as shown Aug. 6, 2016 in the house they bought earlier that day for $27,000 at the Goldfield Days land auction held outside the Esmeralda County Courthouse. The Mazzellas describe the Goldfield home as a time capsule when they entered it for the first time that day. They found old 78 r.p.m. records and a rotary dial telephone. The home was described as in good shape. A 1960s Ford station wagon with a license plate expiration date of April 1986 was found outside the home. 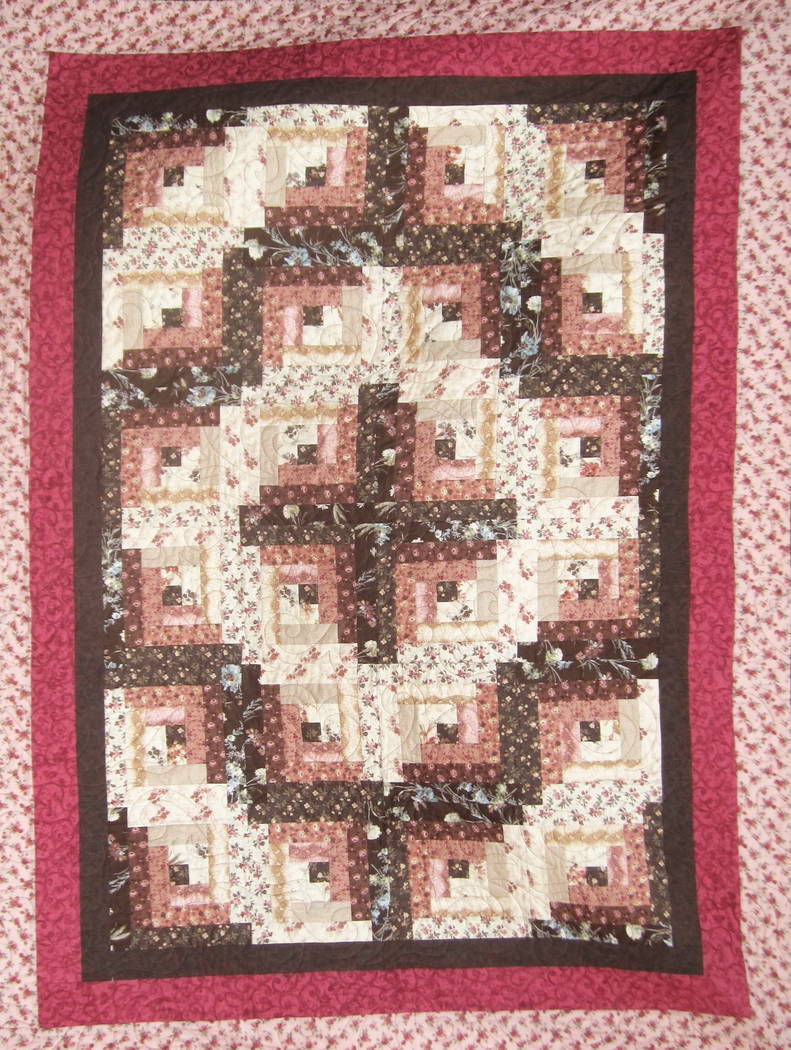 The town of Goldfield is going to kick things up a notch starting Friday, as the 17th annual Goldfield Days gets underway — an event that will bring festivities for the entire weekend.

The three-day event, which surrounds an annual land auction on properties delinquent on their tax payments in Esmeralda County, will kick off Aug. 4 with a large-scale swap meet – free for vendors that want to set up, along with many other events.

“There will be people selling barbecue and beer, hot dogs and all kinds of stuff,” said Mark Stezaker, president of the Goldfield Chamber of Commerce.

Vendors can start showing up as early as 9 a.m. on Friday to get things started. The event runs through Sunday, with the main event, the land auction, occurring on Saturday. It’s on a first come, first serve basis, Stezaker said.

The 2017 bidding information is available to individuals that purchase a land auction packet, which can be done in person at the courthouse. The packet cost is $10 and includes a bidder number and parcel maps and descriptions.

This year, there are 17 parcels plus one mining claim, said Jim Price, a part-time resident of Goldfield.

There has been about a dozen properties that go up for auction each year, he added.

People usually come in from the surrounding areas such as Beatty and Tonopah for the festivities and the land auction, according to Price.

The events begin early on the day of the land auction, on Saturday, Aug. 5.

A pancake breakfast starts around 6 a.m. at the firehouse—which sits directly across from the courthouse building, Stezaker said.

At some point in the afternoon, a drawing for raffle prizes will occur, though Stezaker wasn’t sure on an exact time. The top prize is a one-ounce gold bar, valued at more than $1,000. Raffle tickets are $1 each.

The Goldfield Historical Society is also hosting a fundraiser drawing during Goldfield Days. The winner of the drawing will receive a quilt with a log cabin pattern and doesn’t have to be present at the time of the drawing.

Tickets are $1 each or entrants can get 6 tickets for $5.

Stezaker said he still wasn’t sure of everyone that would be in the parade, though classic cars were probably on the list.

The grand marshal for the parade will be Red Roberts, owner of the Goldfield Hotel.

Another auction in front of the Goldfield Hotel begins at 2 p.m.

Roberts is donating all the interior doors of his Goldfield Hotel to Radio Goldfield/KGFN 89.1 FM to put on auction. The Opera House and KGFN will receive all proceeds from the auction.

KGFN is broadcasting live from the Opera House on Aug. 5. Events begin at 9 a.m. and keep going into the evening past 7 p.m. The event’s master of ceremonies is folk singer John Malcolm Penn.

Starting at noon, magician Kevin Barnes will perform a magic show at the Opera House. Tickets are $10 for adults and $5 for children 12 and under.

Festivities will include the Hoist House Tavern’s annual Car and Bike Show. All makes, models and conditions welcome, according to the tavern’s Facebook page.

Live music at the tavern includes a performance by King vs. Cash and Ern Cunningham. A live DJ, karaoke and dancing will also be going on into the early morning hours of Sunday.