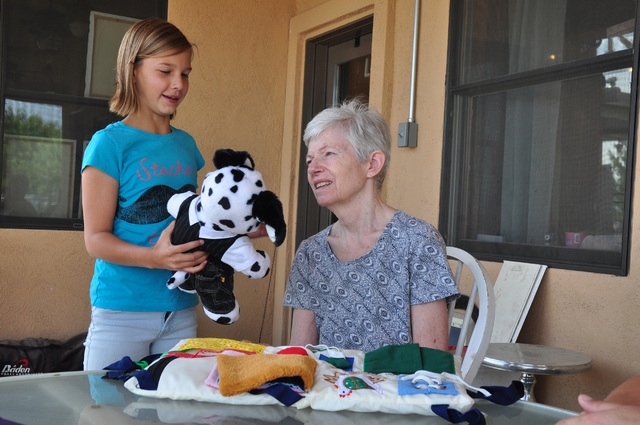 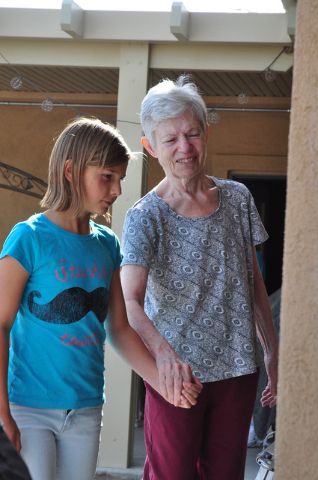 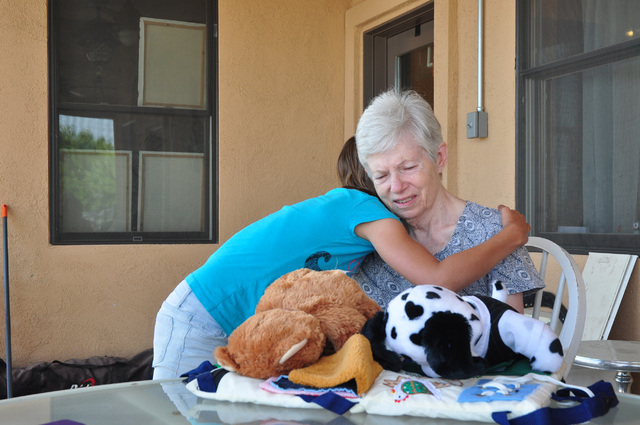 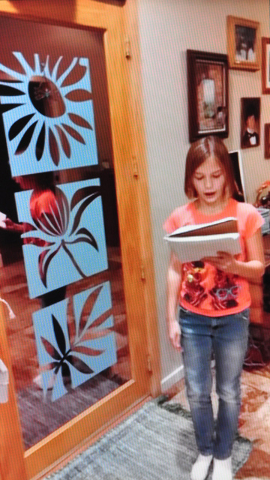 On Youtube she is known simply as the “Grammie Whisperer” but her real name is Tayla Wombaker.

Tayla is an 11-year-old Youtube sensation that has drawn attention to Alzheimer’s patients and their caregivers by making 11 short videos on the subject of caring for a loved one with the disease.

The young girl lives with Alzheimer’s every day as a caregiver here in Pahrump. She is a helper to her 72-year- old grandmother, Yvonne Jensen, who has lived with the disease for the past decade. Jensen now resides with Tayla’s mother, Toni Wombaker, and her family. Jensen has been cared for by the family since 2010.

Tayla didn’t just start being the Grammie Whisperer. It was a learning process.

“I really didn’t want to help my mother with her videos at first because I thought they were boring,” Tayla Wombaker said. “As I got older, then I got more interested.”

Toni Wombaker had already made her name on Youtube with her own videos.

She said it took some time and then her daughter Tayla just started helping her with her videos and learning more about the disease. Toni Wombaker had to learn about Alzheimer’s herself and is now a self-taught expert on caregiving for Alzheimer’s patients.

The Grammie Whisperer said she has learned a lot about what it takes to be a caregiver and has even taken care of her grandma by herself. She hopes someday to either be a professional soccer player or a caregiver when she grows up.

“There are hard things to do with her and there are easy things to do,” Tayla Wombaker said. “An easy thing is she likes to watch TV. She likes to watch things like Brady Bunch and the older shows and getting to do that is easy, but having her take a shower is hard. She will just look at the screen and laugh.”

As Tayla’s experiences grew over the years she wanted to put her thoughts down on paper in a book.

According Toni Wombaker, Tayla has learned so much about the disease that she wanted to write about her experiences in a book, but didn’t know how.

“She would sit down and try to write but would be so frustrated and get angry and say, ‘Well I don’t know how to write a book,’” Toni Wombaker said. “She would get teary-eyed because she is very much a perfectionist.”

Wombaker said neither one knew where to start and this is how the Tayla’s short videos called the “Grammie Whisperer videos” were started.

The Grammie Whisperer series started about a year ago. These videos made Toni’s videos even more popular on YouTube.

The videos have grown in popularity so much that in March of 2015 Toni Wombaker was honored by the Alzheimer’s Association in part due to her daughter’s success in Las Vegas, where she was asked to speak at an educational conference for Alzheimer’s caregivers.

“I spoke for an hour. I gave an introduction and then showed my video on the seven stages,” Wombaker said. “I showed a clip of my daughter and told them what she was doing.”

The Grammie Whisperer series covers topics like feeding tips for Alzheimer’s patients, the importance of drinking fluids and to how to make your house safe for Alzheimers patients.

For Tayla the videos were difficult to make at first and took some getting used to.

“I got nervous the first video,” she said. “I was feeling I hate this because I was in the spotlight, even though I wanted to make it. I get embarrassed but at the same time I am proud with what I have done.”

The name Grammie Whisperer came to the family two years ago.

“We we were getting ready for church one day and that is always a process to get my mother out to the car,” Toni Wombaker said. “And it is always frantic when all seven are getting ready to go somewhere. I was rushing inside to get my mom and Tayla put her hand up and yelled, ‘Stop. I got Grammie, I am the Grammie Whisperer.’”

The topics were generated mostly by Toni Wombaker.

“I came up with some small topics like the water or feeding my mother,” she said. “I would go through them one time and Tayla would just do it.”

Tayla added, “Sometimes we had a script, but most of the time I would just memorize it.”

There is no crew or rehearsals the two of them don’t even use a video camera to shoot it.

“I just tell her what we need to talk about and we just wing it and we use a smart phone,” Toni Wombaker said.

Tayla and her grandmother are the only ones in the videos. In one video Tayla teaches caregivers how to make a simple pudding for Alzheimer’s patients.

“Tayla makes it in the video,” Toni Wombaker said. “And Tayla does all the talking. My mother is in stage seven and can’t talk that much, actually she says a lot, but no one can understand her. She repeats numbers. Sometimes she will make sense, and other times not.”

When Tayla was asked if she considers herself a movie star, she replied, “No, because not too many people have seen the videos at my school. In fact only a few of my friends know I even do them.”

Although she sees things through a child’s eye, she is old enough to recognize that Alzheimers is a terrible disease.

“It’s a brain disease, a severe brain disease,” she said. “I tell people at least she is living and it’s not like I am not living without her. She is still with me.”

Tayla Wombaker feels sad at times but she still enjoys having her grandma close.

“I feel happy that she is still here,” she said. “It is like taking care of a baby. I just have to watch her closely.”

Wombaker agrees with her daughter that not all the time spent with her mother is gloom and doom.

“My mom’s partner before he passed said there were hidden blessings in taking care of a person you love,” Toni Wombaker explained. “And he was right because she smiles still, knowing she is content and happy and being taken care of to my standards, these are all blessings. Also there are people that have come into my life only because my mother has Alzheimer’s. These too are blessings.”