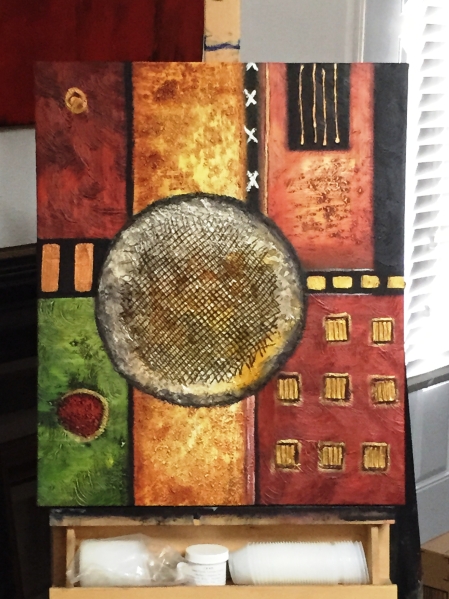 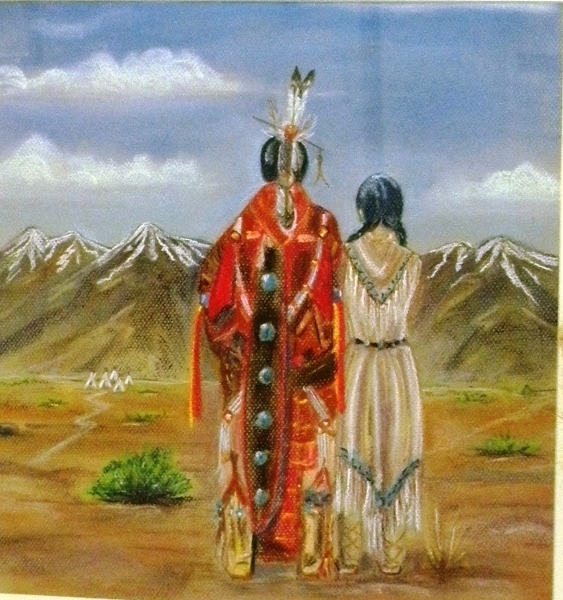 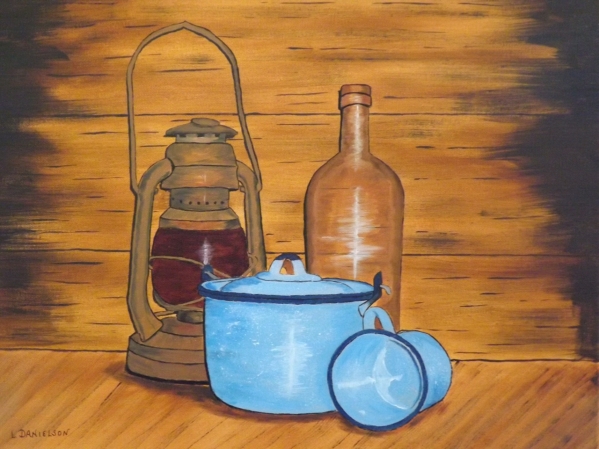 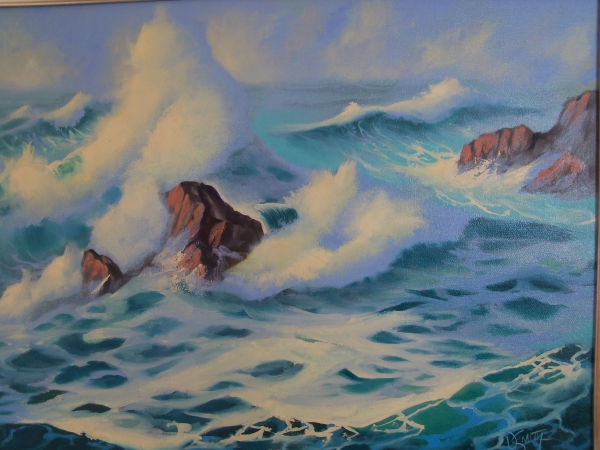 You don’t need the painting expertise of a Vincent Van Gogh or Norman Rockwell to be a member of the Spring Mountain Art Guild; you don’t even need to pick up a paintbrush.

Randi Case is president of the guild, which dates back to the mid-90’s in Pahrump and the membership continues to grow along with the variety of artistic talents.

Case said the guild is composed of painters in every medium, along with potters, sculptors, carvers, photographers, woodcrafters, leather and gourd artists and many other artisans.

“We’re trying to encompass all kinds of art, but when it came to mind, it was like Art Connection was just a perfect name for it because of what we’re trying to embody, you know, we don’t wanna just be a group of painters,” Case said.

Marilyn Rhea joined the art guild about eight years ago and paints with oils, acrylics and watercolors. I like to paint people and animals,” Rhea stated, specifically mentioning elephants, zebras, giraffes and lions. “I’ve painted on rock, and I’ve painted gourds and I do woodcarving,” she added.

Rhea described herself as self-taught and also quilts, crochets, knits and really enjoys being a guild member. “I like getting together with people with a like interest,” she added. “I like going to classes and learning new techniques.”

Wilhelmina Moses has been interested in art since she was a child and took some classes while traveling with her husband who was in the military. She prefers pencil drawing and working with pastels, similar to painting with powdery crayons.

Moses used to work on a lot of seascapes while living in Rhode Island, but shifted her focus to Southwestern art, including a recent soft pastel depicting a Native American couple facing a mountain. She is also a talented artisan in other genres.

“I make wall art out of pressed flowers, sewing, crocheting, knitting and tatting, which is an old Victorian art,” Moses said. “It’s a shuttle and just thin string and you make lace out of it.” Moses also makes jewelry, greeting cards and does photography.

George Ameal Wilson is one of the few men who are guild members and he would like to see more join. “The group is fantastic; there’s a lot of wonderful people there,” Wilson said. “And they’re trying to bring culture to Pahrump.”

Originally from Texas, his specialty is painting artwork involving cowboys, including one titled “Fireside Camp” in which five nationalities and cultures of cowboys are represented around the campfire of a cattle drive.

According to Wilson, who loves history, after the Civil War there were many slaves who wanted to get out of the South. So they became cowboys to herd cattle throughout the Western Hemisphere and to travel. There were over 35,000 black cowboys, said Wilson.

The name “cowboy” was given to Africans, who were originally slaves and herded cattle there. When the slavemasters found out, they wanted them to herd cattle here. Wilson explained the young boys herded cattle in Africa with sticks while making noise. After arriving here, they were called “cowboys” since the Caucasian men were “cowhands,” but the name “cowboy” caught on and stuck.

Wilson told people while he was growing up, “I’m going to be an artist.” He never changed his mind and continues to paint a little bit every day.

Carol Ritter, like many in the guild, paints, makes jewelry, works with beads, knits, crochets and designs Victorian Christmas trees, but her new skill will be carving gourds. She said it is much different than carving a pumpkin. “It’s hard and dried any you gotta be careful ’cause they have to be bleached and cleaned and you can’t breathe it when you’re carving it,” Ritter explained.

“What’s so unique about “gourd crafts”?

“You can cut these, you can sand them, wax and stain them and put glitter on them,” Ritter said. “You can make birdhouses out of them.”

“We’re going to do a different thing at the end of our meeting where we’re all going to actually do some projects hands-on so we can all get more experience in different kinds of art,” Ritter said. “And that’s why I joined the group because I wanna learn more.”

Lenora Danielson describes herself as a “photo-realist” in that she takes photos and then paints what she saw through the camera lens. “I don’t paint it exact; I take pieces of this photograph and pieces of that photograph and then I’ll just put it in a background that just comes out of my head,” Danielson said. She travels in the summertime, takes photos and paints in the winter.

“I do all Southwest and I paint in oils. I’m trying very hard to learn acrylics,” Danielson said. “Acrylics dry really fast; you have to be very fast at painting. Oils, you can do a picture and it can take you three months and it’s fine.”

Case explained that membership qualifications recently changed. Anyone can join by applying and paying the annual dues. In the past, prospective members had to be “invited” to attend three meetings, bring pieces of their artwork for review and be voted in for membership.

“We’re even getting ready to add a category where someone who simply wants to be a patron of the arts could join our club, and pay their money and be a member,” Case stated.

Case would like to find donated space or something affordable for the guild to open a gallery to display and sell artwork and hold classes, especially for kids during the summer.

The Spring Mountain Art Guild meets the second Wednesday of every month at 10 a.m. at the Pahrump Valley Museum, 401 W. Basin Road. They are also on Facebook or you can email for more information: randi.case@gmail.com.