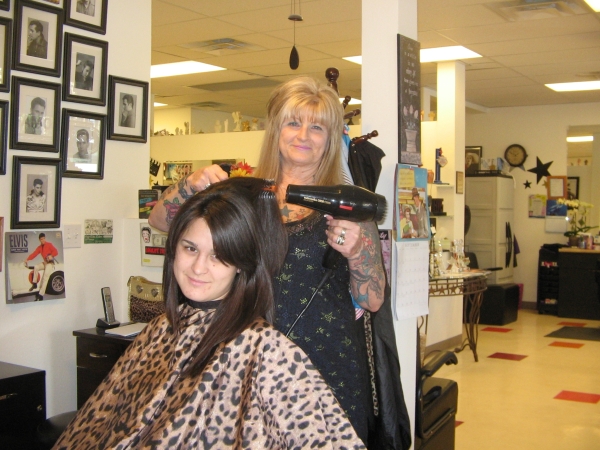 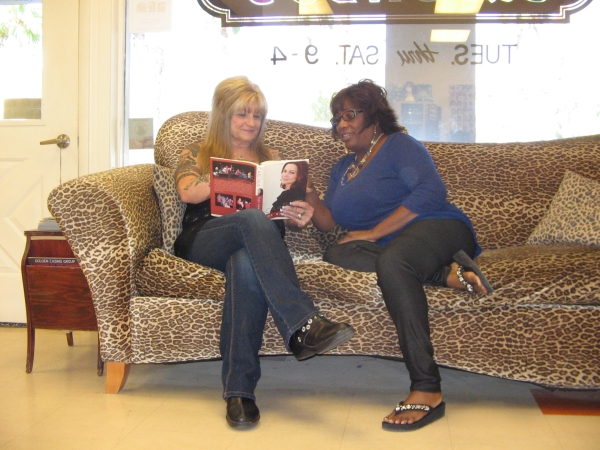 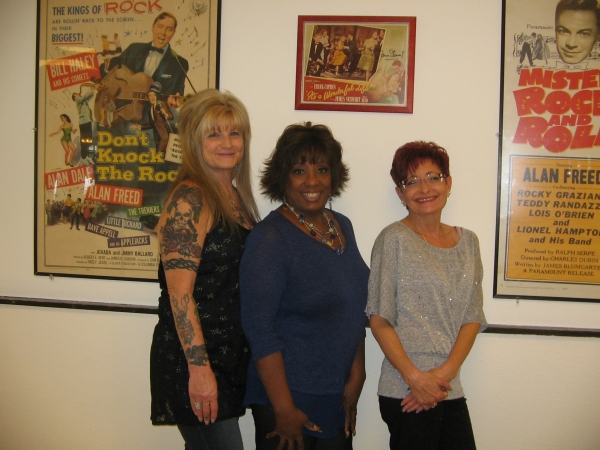 There’s a little bit of Hollywood in Pahrump thanks to Connie Roth, the owner/stylist of World Famous Cut’s N Do’s.

She’s been styling the locals since opening her shop three years ago, but Roth had some famous musicians and stars in her salon chair while working in Hollywood.

Roth, known as Connie Clarkesville in Hollywood, moved there in the early ’70s and trained as a stylist at the former Newberry School of Beauty on Hollywood Boulevard.

At her peak she had two salons there, including one in West Hollywood.

Roth cut and styled hair for some underground bands back then and as she stated “word got around” and she worked on band members from Blondie, The Go-Go’s, The Bangles and Dwight Yoakam. Actor Jeff Goldblum from the movies “The Fly” and “Independence Day” also had his hair styled by Roth.

The late musician, songwriter and actor Rick Nelson was one of her most popular clients and friends. Nelson and some band members were killed in a private plane crash in Texas in December,1985. Roth used to go to Nelson’s house to cut his hair and has some memorabilia from him hanging in her salon; she even saved a lock of his hair.

“I’ve got a check that he gave me for some hair spray and on the album cover that he says, ‘To Connie, thanks for everything’.”

Roth was quoted in a book “Rick Nelson, Rock and Roll Pioneer” by Sheree Homer. Roth had a conversation with Nelson while styling his hair shortly before the crash. He told her about some electrical difficulties with the plane and said the band had to push it off the tarmac.

Belinda Carlisle of The Go-Go’s included photos of and mentions Roth in her book ” A Memoir, Belinda Carlisle Lips Unsealed.” Roth said she was the group’s first “roadie” going along on their tours, helping with equipment along with styling the hair of band members.

Roth said she was one of the original punk rockers of L.A. from 1977 and said she could have been in The Go-Go’s.

“My boyfriend wanted to teach me how to play bass, but I wanted to do hair,” Roth said.

She said that despite the famous clients, she treated all her clients the same whether they were famous musicians and stars or walk-ins from the neighborhood.

“I think that’s why they liked me because I didn’t get all googly-eyed and nervous,” Roth said.

She said she would have loved to have done Sophia Loren’s hair and her idol Elvis Presley would have been the “ultimate client”.

Roth opted to leave all the glitz and glamor of Hollywood for her children, moving to Las Vegas for a time and eventually to Pahrump.

“I love it here,” she said. “I love the shop, I love the town. It’s nice and slow. The people are real. It’s not like LA, you’d have to look over your shoulder all the time. I feel safe here. I love it.”

Visiting the salon is like a quick trip to Hollywood with all the photos, posters, signs and furnishings.

Customer Amber Tidd likes to hear Roth’s stories while getting her hair styled.

“She just talks about when she actually cut hair in Hollywood and all the famous actors,” Tidd said. “It’s just fun to listen to. I never really was into like the ’80s or the rock stuff, but it’s fun to listen to.”

Cosmetologist Toni Engel, who has been working at the salon about a year and a half, said Roth is a real person.

“That’s what I love about her,” Engel said. “She’s real down to earth and I don’t think she lets the fame and stuff get to her head.”

Dore’ Foskey, a cosmetologist/educator and the latest edition to the salon after working at another location in Pahrump, said at the salon she loves working with Roth.

“She’s a little piece of L.A. or California, if you will, because I’m from California myself, ” Foskey said. “We work as a team and that’s what I really love about the salon.”

While she loves Pahrump and her current clients, there is a lure of Hollywood in Roth’s mind.