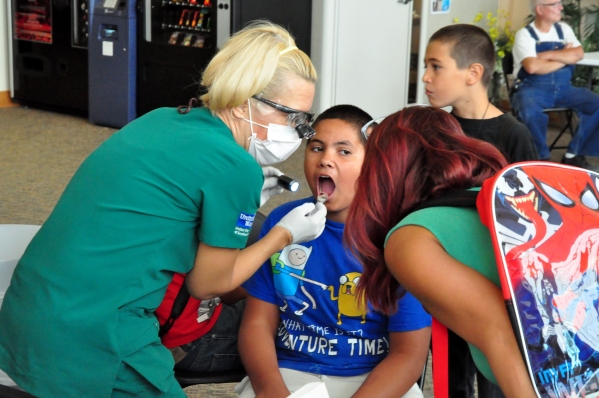 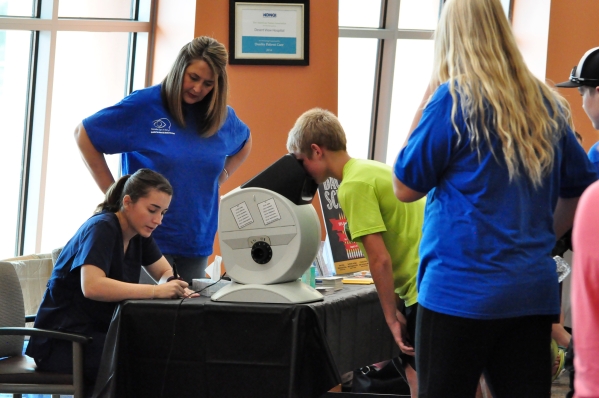 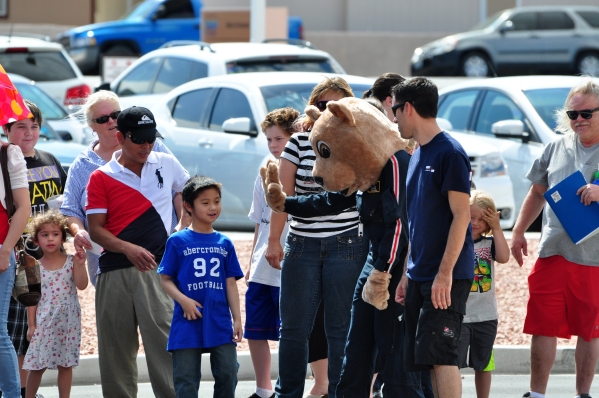 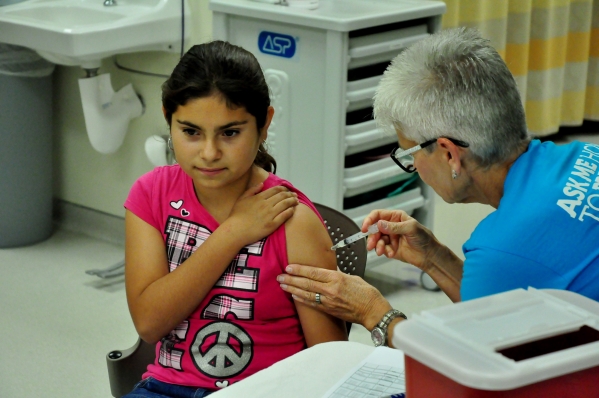 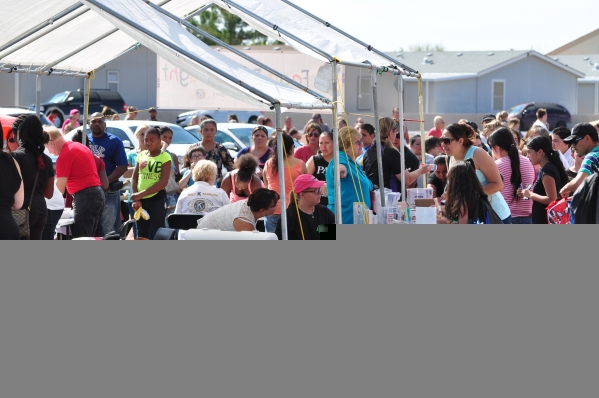 For the past eight years, event organizers and vendors have volunteered their time and donated school supplies and services to ensure the annual Back to School Health Fair is a success.

Held at Desert View Hospital for the last three years, the health fair continues to be a community collaboration to assist low-income families. It has also become a morning dedicated to learning, excitement and reunions with old friends. All along, this was the goal of the hospital, which partnered with NyE Communities Coalition and the school district to organize the event.

“It’s a great event that allows us to advocate for the community and give back any way we can,” said Meagan Kowalski, director of marketing at Desert View Hospital.

On Saturday morning, the event attracted approximately 1,200 attendees, nearly 100 less than last year. After observing the more than 20 vendors that took part in the festivities, Pahrump Fire and Rescue’s John Ashcraft stated, “I wish there were more vendors.”

According to Kowalski, the event averages 20 to 30 vendors each year.

A one-stop shop, the health fair gave children access to free health, dental and vision screenings. Courtesy of community donors, 430 backpacks filled with more than $2,500 worth of school supplies were distributed to students.

Jennifer Olson of Nevada Children’s Center stated she assists youth from low-income families. As she stood among the group of teenagers she brought to the fair, she added that the event helped them prepare for the school year.

A resident who moved to Pahrump more than a year ago, David Johnson and his family can relate.

“We have four kids in school, and we’re on a fixed income. Any help is a blessing to us,” Johnson said.

He added that his kids loved getting the backpacks. As a “big kid” himself, he said he looked forward to using some of the pens they were given.

Each year, the health fair helps at least 10 percent of the students in the Nye County School District, according to Laura Oslund, coalition coordinator/community educator for NyE Communities Coalition.

Involved with organizing the health fair since 2007, Oslund added it has grown to become more organized since the coalition partnered with DVH. The hospital’s campus allowed attendees to walk to and from many dedicated vendor booths and service areas.

A non-profit oral health organization based in Las Vegas, Future Smiles provided 42 complimentary dental screenings. Dental hygienist Kelly Taylor listened as one small boy described his dental issues and then encouraged him to come back with his mother to get his screening.

“There’s a need here that we want to fulfill,” Taylor said. “We motivate children to take care of their teeth so that they can have them when they’re old. We also give them a free toothbrush.”

As part of Future Smiles, Taylor has participated in the health fair for the last five years. What she enjoys, she said, is seeing the children grow right along with the event.

“In the beginning, there was only a few of us,” Taylor said. “Now, it’s huge. I came in this morning and saw a long line an hour before [the health fair] opened.”

“We enjoy it. This is part of how we service the community,” said Brian Kunzi, a Rotary Club board member. “The community lacks resources. It’s wonderful to see everyone come together and help.”

Helping students in the school district is also personal for Kunzi, the former Nye County District Attorney. He explained that his wife is a teacher and his children go to school in town.

Across from the Rotary Club’s booth, Linda K. Fitzgibbons, program director for Nye County School District, told parents of volunteer opportunities within the school district and plans to launch a pre-kindergarten program.

“The (health fair) gets better each year. It’s nice to see families we’ve helped over the years,” Fitzgibbons said. “I wish they had a program like this when my kids were still in school.”

In between screenings with service providers, children squealed in excitement from being hosed down by staff from Pahrump Fire and Rescue. They also received face paintings from AmeriCorps, toured a helicopter with Mercy Air pilot Daniel Edgar and checked out one of the school buses theyâll ride when school starts on Aug. 10.