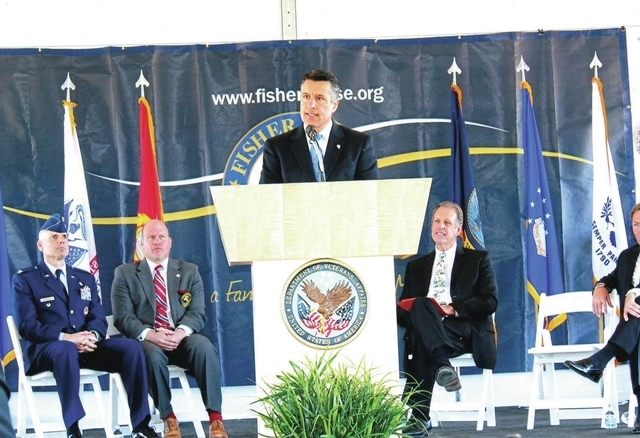 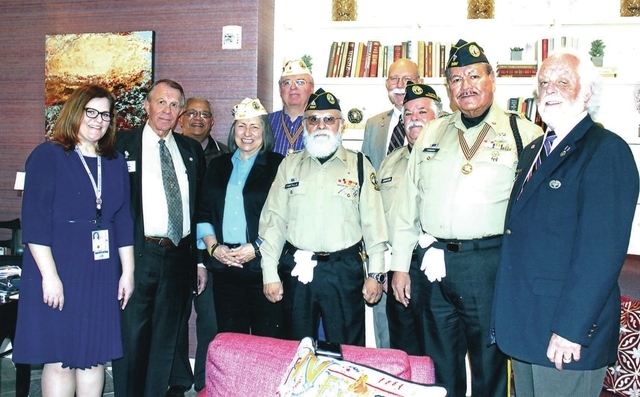 NORTH LAS VEGAS — Nye County veterans and former residents who are on active duty, and who are ill, injured or wounded and recovering in Nevada’s Mike O’Callaghan Federal Hospital or the Department of Veterans Affairs medical facility, can claim a new benefit, should it be needed.

A Fisher House facility was dedicated last month on VA grounds in North Las Vegas. The house exists to provide free lodging for families of those described above who live miles away, in other states and are unable to afford hotel lodging while visiting with their hospitalized loved ones during medical treatment in Southern Nevada.

The 13,500-square-foot, two-story property contains 16 suites. Each one is equipped with a private, handicapped-accessible bathroom. The common areas include a kitchen, dining and family rooms, a laundry and patio.

“The Nevada community’s decision to support this project was instantaneous and inspiring,” said Kenneth Fisher, chairman and CEO of the Fisher House Foundation. He continued by musing about Nevada, “I love coming here. I do stimulate your economy. I do my part.”

Scott Bensing, president of the Nevada Military Support Alliance, told the audience of veterans, active-duty personnel and elected officials that, “Over its lifetime, this house will serve thousands “of veterans’ families.”

Gov. Brian Sandoval spoke about the thousands of military people who serve the state, noting that as governor, he is also proud to be the commander in chief of Nevada’s National Guard. He said that the Fisher House will help achieve his goal of Nevada being “the most friendly veteran and military state in the United States.”

At the end of the program, the home was officially turned over to the VA, which will administer and staff the property.