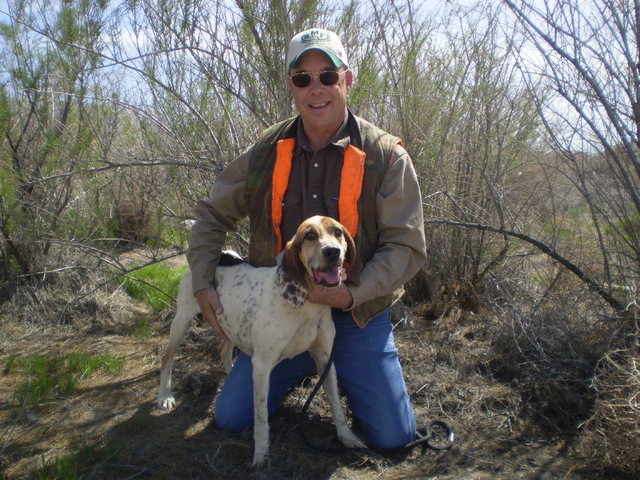 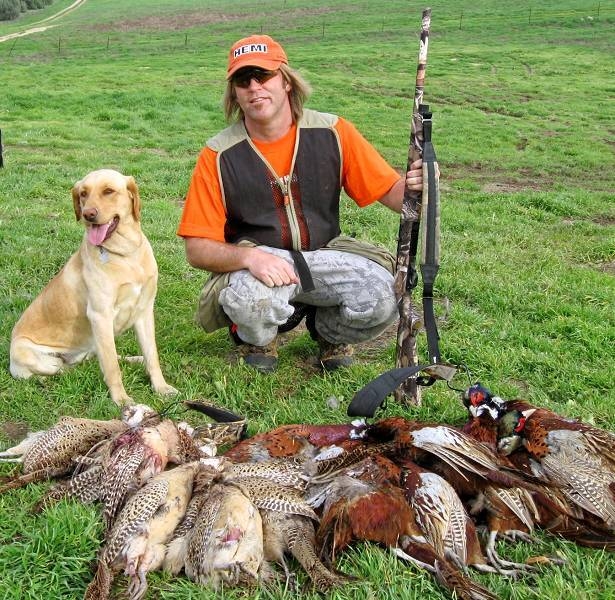 Early humans were hunters, gatherers and scavengers as was their rival, the ancestral dog. Some remain so today, as do modern wolves and other wild canine species.

We competed for food then, and in some societies that has not changed. What has changed over the past few thousand years is partnering with our former canine rivals, forming a bond that benefits both of us.

Dogs have become “a hunter’s best friend.” They are always ready to go, don’t back out of a planned trip, work for food and don’t snore as loud as some my current hunting pals. Some have even been trained to pack.

Whether it’s a setter, Weimaraner, legendary Taltan bear dog or the ever popular Labrador, all have retained instincts to search, chase and capture wild game. Like people, some do it better than others and some have become legendary. They deserve to be recognized as a “hunter’s best friend.”

The tenacity of canine instincts, however, doesn’t end with detecting, pointing or chasing prey. On an African hunt for giant kudu, a Jack Russell terrier, my favorite hunting dog, showed just how valuable this small breed can be, and why it’s a fixture in many Safari camps. The Jack Russell has a natural instinct to follow a blood trail and it’s often used to recover a wounded animal. It did this on a recent safari, but didn’t stop there.

A client, while hunting kudu, hit the animal a little far back on the side, missing the vital organs. The kudu went into deep cover with little blood trail. The professional hunter guiding the hunt called in his Jack Russell who found the trail immediately. The hunter and guide rushed in the direction of the barking dog as it followed the kudu’s trail. The barking soon turned into a more excited sound as the dog confronted and held the large thousand-pound animal at bay.

When the hunters finally reached the commotion they found the dog had its jaws firmly closed onto the kudu’s manhood (or is it kuduhood?). The kudu was twisting and shaking as it tried to dislodge the small dog, which was being swung to the left and right, but didn’t let go. The kudu wasn’t paying much attention to the hunter, who quickly dispatched the great animal with a single shot.

Without the dog’s help the hunter may have lost his game and the kudu would have perhaps suffered a slow and painful end.

The hunter and his dog are alive and well, but not all dogs have what it takes. Nothing is greater than watching a good dog work and nothing worse than having a friend bring his pet to the field and watching as he screams its name continuously in frustration as it chases throughout the landscape scaring every living creature into the next county.

Most of us have had a dog pal at some time in our lives; they are great and loyal companions, even loving best friends. We marveled at them as pups and shed tears when they left us.

This story, however, is about more than family pets; it’s about our canine hunting partners and is most often typified by hunting with a well-trained bird dog, one of the great hunting experiences available today.

These “bird” dogs, however, are capable of much more than coursing the area until they pick up scent, follow it and then “point” to let the hunter know it is on a bird. It is a thing of wonder and beauty to watch, but there’s more.

It was Rowdy’s first hunt after many weeks of training. He had learned the basics of retrieving and the necessary obedience behaviors to work well with George.

They were waterfowl hunting near Cambridge, Md., on the eastern shore of the Chesapeake Bay.

George was throwing a decoy to warm Rowdy up before the hunt, and as they were going to the blind George noticed the keys to his Dodge Ram were missing, assuming they had dropped from his pocket while practicing the retrievals.

George searched the area on hands and knees as the snow fell in the early morning darkness, while thinking of his options. He could call his wife and she could make the 130-mile drive to bring him a spare set, or make the 130-mile walk home.

He enlisted Rowdy in the search and the dog piled repeatedly into the bulrushes. First she came out with a gum wrapper, then a water bottle and finally, as George continued on his hands and knees searching through the freshly fallen snow, Rowdy came out and sat quietly beside him with the keys dangling from her mouth. This was clearly no ordinary dog.

For an experience of a lifetime, find the opportunity to hunt with a well-trained hunting dog. It may change your life or at least give you an interest in becoming more familiar with the “Hunter’s Best Friend.”