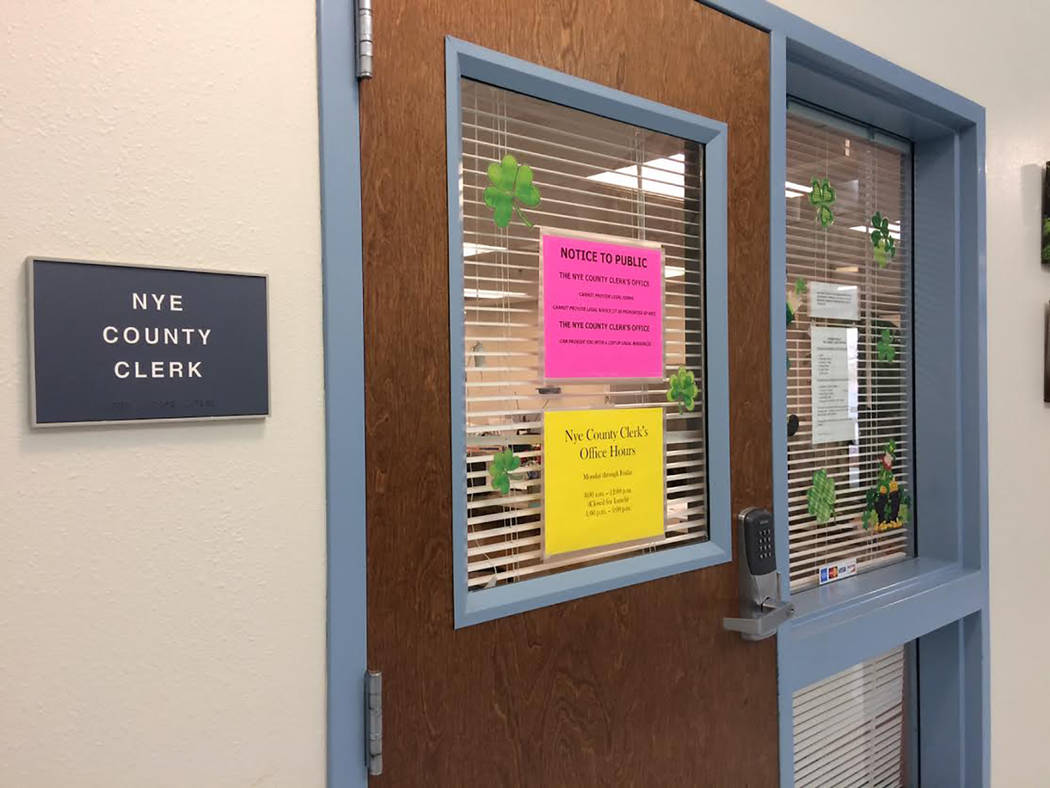 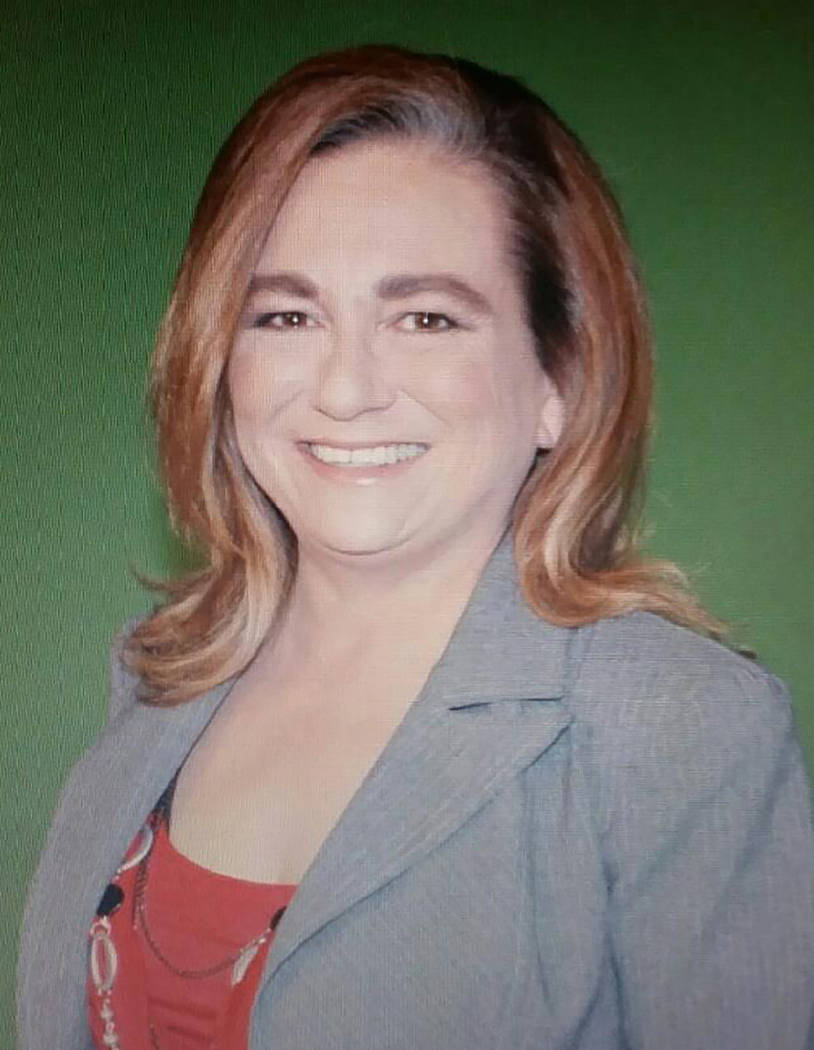 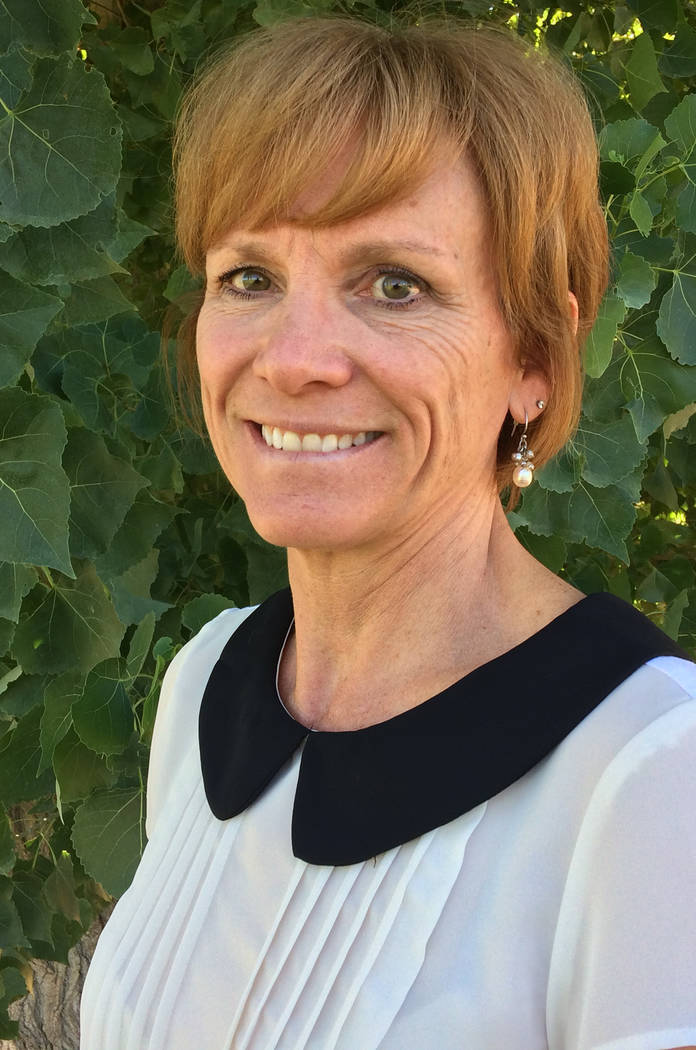 Republican Sandra “Sam” Merlino has held the post of Nye County clerk for 18 years and she is seeking another term in the 2018 general election.

Challenging Merlino for the seat is one of her former employees and a past opponent, Independent American Sheila Winn, who served as chief deputy clerk under Merlino for seven years.

Merlino started out with the clerk’s office as a deputy clerk, a position she felt she fit into rather well.

“When the clerk at the time retired early, I was appointed by the commissioners. I had actually refused it a couple of times before accepting it because I knew what the previous clerk had gone through, sometimes you get a lot of grief as the clerk. That was in 2000. Then I decided to accept the job. I knew there would be ups and downs and difficult times but I accepted that. I have been fortunate to be elected ever since, and humbled by it,” Merlino detailed. “I take my job very seriously.”

Organization is one of Merlino’s most valuable skills, she said, along with her work ethic.

“I am a hard worker. I am not someone who just oversees the office. I work as hard as my staff does… Also I am very honest and have a lot of integrity and loyalty. Most of all I just believe in honesty. If I make an error along the way, man, I spit it right out, let everybody know and fix it. I think that is really important,” she stated.

Merlino has a balance to maintain when it comes to being a candidate and the elected clerk at the same time. “It’s difficult when I am on the ballot because there is a lot of the election process that I do myself, that I can’t pass off to someone else. So I still prepare and proof everything, test the equipment and all of that but once we start the process of sending out ballots and voting, I don’t touch them. I don’t handle any of the absentee ballots or anything like that, I won’t be touching the ballots.”

Merlino said she, unfortunately, feels she must still be at the polling places because, “…if something goes wrong, it’s my responsibility,” she detailed. However, Merlino explained that she takes care to be as inconspicuous as she can, foregoing a name tag, refraining from introducing herself and trying to blend in with the rest of the staff.

“This I hope will be my last term,” Merlino remarked of the future. “That is not to say definitely but I have been in here a long time. We are getting new programs online for court, we have new election equipment, new voter registration, everything is new, so I want to get through that. Nobody wants to leave things half-done. I hope to get through that four years and then turn it over to someone else who has fresh eyes.”

For more information on her candidacy contact Merlino via email at themerlinos@hotmail.com.

Winn is currently a funeral director but she said she comes with deep knowledge of the inner workings of the clerk’s office, having worked there for over 10 years before leaving in 2014. Of her professional experience, Winn stated, “I have a specialized associate’s degree in paralegal studies so I have a working knowledge of the legal system. I worked as the lead paralegal and office manager for an attorney for eight years before I came to the clerk’s office, so I have that to benefit me, along with the prior experience I have in the office itself. And I know where the improvement is needed most.”

Winn said she decided to run for clerk specifically because of her previous time in the office and she made her first attempt in 2014. “I ran last election and I failed horribly!” Winn said, with a light chuckle at the recollection. “It was a great learning experience though and it gave me a different type of confidence and a different kind of drive.”

In 2014 Winn was registered as a Democrat but this year she is an Independent American. “For me when I saw the blur happening with the parties, I thought, I’m not really a Democrat anymore and I’m not really a Republican because there are things I don’t agree with in both those parties. The IAP gave me that option to kind of feel like I could be my own person. I also think it opens it to the voters. Now you don’t have to decide to be a Republican or a Democrat, you can just vote for the person who is right for the job. I believe I am that person,” Winn said.

“The clerk’s office is such a complex office, it has so many duties that it must perform,” she continued. “Everything needs to be brought up, as far as technology and what not, to the current date. I feel like we are very antiquated. I would like to see our system run differently. I’d like to see better calendaring, the courtrooms running more consistently, not being dark or unused. And I’d like to see the election process be a lot more transparent… I can’t say that Ms. Merlino hasn’t done a wonderful job but what I can say is, she’s been there since 2000.”

“And sometimes I think, if you are consistent in a place you become complacent and almost resist change. So I think I can bring a lot of fresh ideas and improve the office for the community, which is where it counts… And I do have a passion for it. I loved every moment of that job and look forward to serving as the elected clerk.”