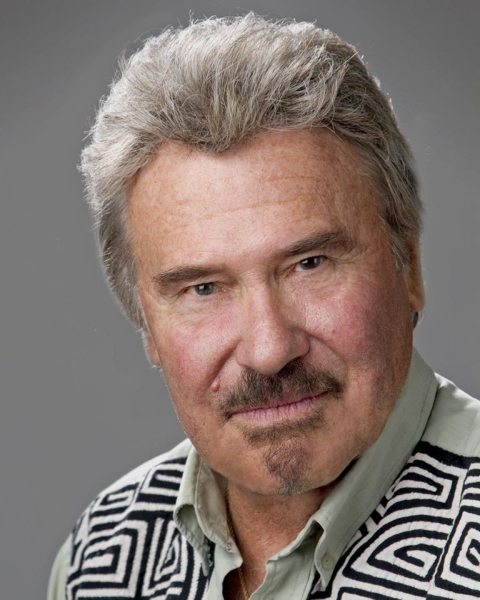 An internationally-recognized bow and arrow expert will display his skill at this year’s Fall Festival.

Bob Markworth, 78, is making his first appearance at the annual event, scheduled for Sept. 24-27 at Petrack Park.

He said he plans to pull out numerous tricks and challenges that will astonish and amaze local residents.

“I have some big surprises for the Pahrump community and I’m going to do some really unbelievable shots,” he said. “Of course a pretty girl will accompany me and there will be a lot of dangerous-looking shots and a lot of very heavy-duty precision shots like cutting the edge of a card with an arrow or cutting a string with an arrow.”

Aside from the nerve-wracking trick shots, Markworth, who was on last year’s season of “America’s Got Talent,” said there will be some comedy too.

“I plan to have some audience participation which is more comedic than serious,” he said. “I will be changing it a bit so it won’t be the same show every show. I’m going to throw in different shots because I have a zillion shots that I can do.”

When he’s not performing on the Fall Festival stage, Markworth said he’ll also have a vendor booth where parents and kids can learn more about the sport of archery.

“They can come over to the booth with their parents and shoot arrows to win prizes and I’ll hand out autographed photos,” he said. “Of course we’re going to charge to shoot but it will be very reasonable. They can get an autographed picture and some private instruction from me because I will personally be at the booth after the show.”

Markworth took up the sport of archery at the age of 12, and has written over 200 magazine articles on adventure travel and bow hunting.

The Las Vegas resident said while most kids his age liked Captain America or Superman as heroes, his choice was Robin Hood.

“I really identified with him,” he recalled. “When I turned 16, I kind of looked like Errol Flynn because I had a pencil-thin mustache. I turned professional at the age of 16 and prior to that, I became California Junior State archery champion. I love the bow and arrow so I decided to take up the sport of archery.”

Markworth’s skills allowed him to travel the world, performing in venues such as Wembley Stadium and the Palladium in London, as well as the Lido in Paris.

He said his skills are attained by using one tried-and-true method.

“I try to practice at least 5 days a week and I’ve done that for 60-some-odd years,” he said. “It keeps my muscles up where I’m fluid and therefore I am able to have the longevity that I do.”

Though he believes practice makes perfect, there have been some close calls while performing on stage over the years.

The only time things on stage got a bit sporty, was during a performance in London when he was the opening act for the Harlem Globetrotters back in 1960 in front of thousands of attendees.

Prior to going on, he said a stagehand accidentally dropped his crossbow, altering the bow’s sights.

Markworth also spoke about other precision shots that he’ll pull out for the local crowds.

“One of the most difficult shots that I do on a regular basis is cutting a card in half edge way with an arrow,” he said. “My finale involves a blindfolded shot which I have to shoot by the sound of the girl’s voice. I listen to her voice and she’s got a balloon behind her head and when she reaches the count of 10, she kneels and I shoot the balloon off the top of her head.”

During last year’s season of America’s Got Talent, Markworth said his performances started out well, but he didn’t make it to the finals after advancing the previous four outings.

Instead, Markworth said the show’s producers sent him to Paris, where he performed on France Has Talent.

“There’s a talent show for just about every European country,” he said. “The reason I got sent to France is because I lived in Paris for three years so I qualified to be on France Has Talent.”

Surprisingly, Markworth said he actually turned down producers of America’s Got Talent when first approached about being on the popular show.

“One of the reasons I turned them down the first three or four tries is because I did three Ed Sullivan shows, I was on the Johnny Carson show and I worked at the Olympia Theatre, which is the most prestigious theatre in all of Europe,” he said. “A Las Vegas agent talked to me on the phone and asked what I have done lately? Two days later and I agreed to do it and I am glad I made the decision to do it.”

Since performing on America’s Got Talent, Markworth said he’s gotten many offers to perform ever since.

“Since I did America’s Got Talent I’ve gotten all kinds of offers and notoriety that I believe was long overdue,” he said. “Of course I’m a writer too so it helps me with the publishing of my books so it really has worked out well for me.”

As for the popularity of archery, Markworth said American pop culture is responsible for a recent upsurge in individuals taking up the sport.

He noted that there are 20 million archers across the nation, of which 17 million are target archers who go out and compete.

“There are probably several million others who are not affiliated with an organization so they are not verified,” he said. “These past three years, archery has never been bigger in the world because of movies and the TV shows like the Hunger Games, the Hobbit and the Avengers. They even have a TV series called the Arrow. Archery is really big now and I’ve done my share of promoting it because the sport has been very good to me.”

So good, Markworth said, he’s interested in getting more families in Pahrump to draw a bow.

“I really like Pahrump and this is not spin, this is legit,” he said. “I feel very comfortable in Pahrump and I like the ambiance of the mountains and the desert. I want to establish some form of class so I could teach archery in Pahrump, especially to the kids.”