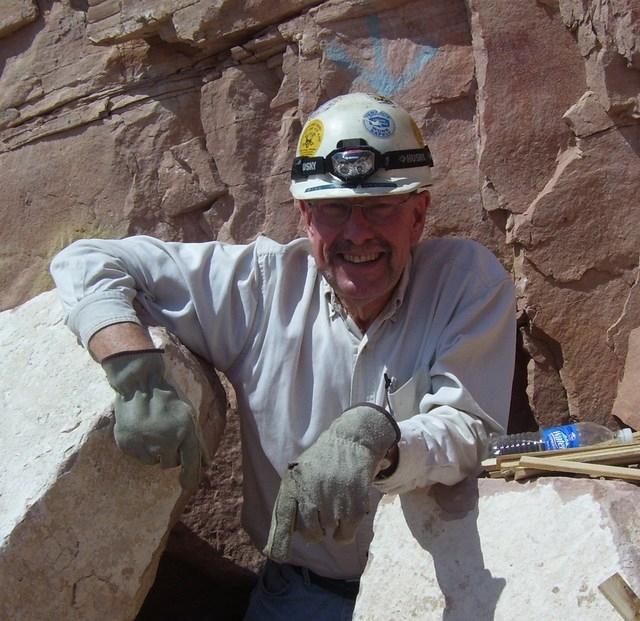 The Pahrump Valley Museum and Historical Society’s lecture series continues on Saturday with a state expert on abandoned mines.

Bill Durbin is chief of the Southern Nevada Operations for the state Commission on Minerals Resources’ Division of Minerals.

“He will also be doing some historical information about the Johnnie Mine,” she said. “The Johnnie Mine was a very valuable mine for this area and they did get quite a bit of gold out of the Johnnie Mine, I’m not sure how much but hopefully he’s going to give us an idea. Not only do we have silver here, Nevada also produces gold. In Tonopah they have some of the best turquoise mines around. There’s also garnet in this area so we have a lot more than just gold and silver.”

Durbin’s lecture, which starts at 1 p.m. at the museum at 401 East Basin Ave., will also focus on the dangers of abandoned mines in the area.

According to the Bureau of Land Management, there are an estimated 300,000 abandoned mines in the west, of which 50,000 pose significant risks to human safety. Nevada leads the west in number of abandoned mines to remediate.

“He’s based in Las Vegas and he comes out to help different people if they have a property with mines or if there’s abandoned mines,” she said. “He came out in September and helped us put up barbed wire and no trespassing signs just make sure there is no liability. He will mark them noting where they are.”

Davis also spoke of an incident where emergency crews were summoned to the area to rescue someone who became trapped in an abandoned mine.

“I actually had a gentleman here this week who does part of the annual Baker to Las Vegas Run,” she said. “He told me that one year they actually had a gentleman who fell into one of the mines because they are often running in the dark sometimes. It’s not just children, adults can also fall. They brought in rescue crews and got him out and he was fine.”

Durbin has been a member of the Nevada Mining Association Education Committee for 25 years.

He has a Bachelor of Science degree in economic geology.

“This is his first lecture and this year we’re trying to get some different subjects for the lecture,” Davis said. “We have a group of core people who come to all of our lectures so we want to get some more information out there for them.”