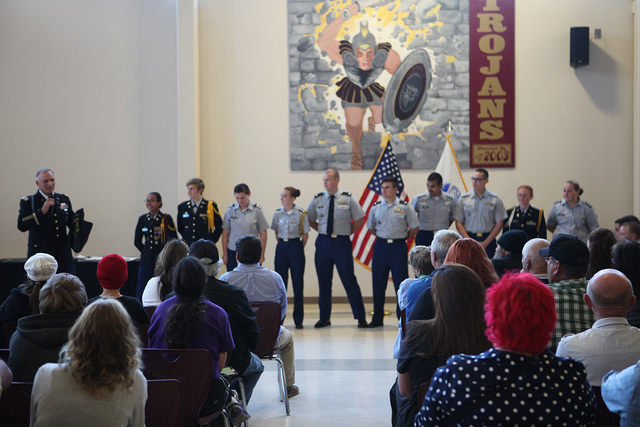 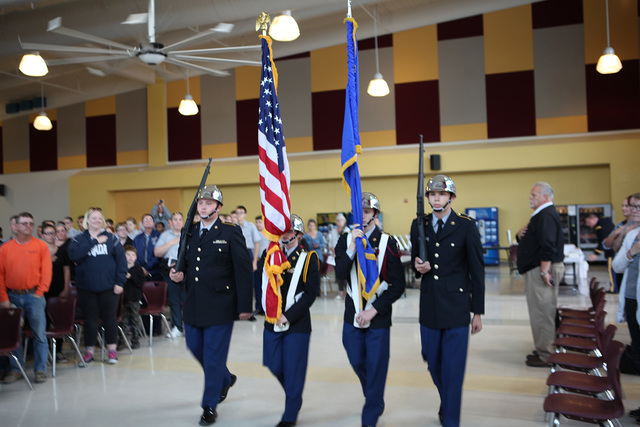 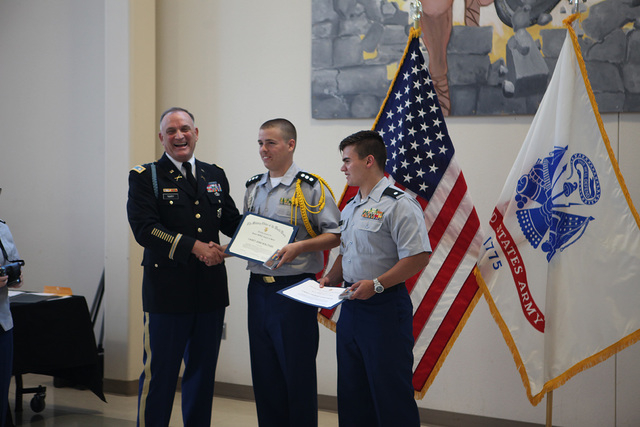 The annual event shines a spotlight on the cadets for their role in Leadership, Education and Training (LET), responsibilities while enrolled in the program.

Nearly two dozen awards were bestowed upon the cadets, according to the program’s commander, Lt. Col. Patrick Nary.

Among the awards presented, were citations for physical fitness, academics, most improved, and community service.

Nary said the program also served as a farewell to graduating seniors.

“It’s the night for the seniors’ final awards presentation,” he said. “It’s the last one they will have with the JROTC program. It’s also for the new student cadets, which are Leadership Education and Training. A number of them can and do win awards, which is what we saw during the ceremony.”

Metscher personally earned the distinguished Sons of the American Revolution award, along with the American Legion General Military Excellence award and the Military Officers of America Association award.

Additionally, Metscher was selected to become the Cadet Lieutenant Colonel for 2016-17 school year.

He will take over command from Lieutenant Colonel Fenny Descuatan, a senior this year.

Descuatan earned her own collection of personal awards during the ceremony, including the Daughters of the American Revolution, the ROTC Academic/Athletic award, and the Level-4 Senior Army Instructor Leadership award.

Nary also lauded a graduating senior who was accepted in the most revered U.S. military academy.

Nary noted the gravity of the honor.

“It is pretty remarkable for a cadet from our small rural town to be accepted at West Point but when you look at it, it is really a community effort. When you look at all of the teachers that were involved with his education process. It’s great for him to realize at such a young age, that he wanted to go to West Point.”

Cadet LET-4 Dusty Biermeyer, who earned the United States Daughters of 1812 award, the Association of the United States Army award, and Most Improved Female award, received a four-year Navy ROTC scholarship, a first for southern Nevada, according to Nary.

Adams was also among the top five female cadets who earned the physical fitness award.

Most Improved Male Cadet was earned by Juan Burgos.