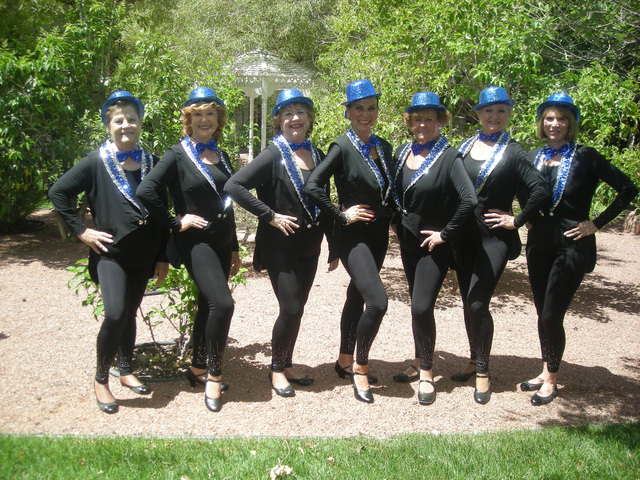 Seven women will compete for the title of Ms. Senior Golden Years which takes place at 7 p.m. June 7, at the Saddle West Hotel and Casino.

It’s the 10th anniversary of the pageant, which celebrates women who have reached 60 years old, the age of elegance. Tickets are $15 and can be purchased from any contestant or at the Saddle West. The seven contestants will sing and dance for the audience.

There will also be guest performers including singer Lynn Peterson, trumpeter/vocalist Tom Saitta accompanied by keyboardist Tommy Deering and singers Bobby Hudson and Laura Stabenow from the Worship Team at Trinity Assembly Church.

Here are the seven contestants:

Donna Dulaney just came to Pahrump in November from Santa Ana, Calif., where she worked for 37 years with The Aerospace Corporation as a security specialist. She enjoys ceramics and needlepoint as her hobbies. For her talent competition she will sing “Second Hand Rose” by Barbara Streisand.

Linda Groover is an eight-year resident of Pahrump, she came from Las Vegas and is a Pittsburgh native. Groover is still working as a real estate broker for Realty Executives Action Realty. For hobbies, she loves sailing at places like Marina del Rey and San Diego, Calif., and RVing in her fifth wheel. She is a ventriloquist who has performed before in Pahrump with her dummy “Angel” and will demonstrate her hobby at the show.

Virginia Kelly-Vignato has lived in Pahrump for four years. She was born and raised in Long Island, N.Y., and was a school crossing guard for 11 years. She enjoys swimming, biking and outdoor activities. For her talent competition, Kelly-Vignato will dance to the Beyonce hit, “Crazy In Love.”

Lupe Evangelisti has lived in Pahrump eight years, she was formerly an administrative secretary for a school district in the Los Angeles area. Evangelisti enjoys square dancing, belongs to Taking Off Pounds Sensibly (TOPS), and started a grief support group four years ago with fellow contestant Diane Lindsey and a brothel ministry titled, “House of the Rising Sun.” For her talent competition, she will sing “You Belong To My Heart” by Bing Crosby.

Diane Lindsey has been a Pahrump resident for 10 and a half years, she moved from Las Vegas where she managed fitness centers 24 years and retired after 11 years as an executive secretary for the Community College of Southern Nevada. She tap dances with the Nevada Silver Tappers, belongs to TOPS, and joined with Evangelisti in forming the grief support group after the death of her husband in 2010. For her talent competition she will be tap dancing to “If You Could See Me Now,” from the Broadway play “Sweet Charity.”

Phyliss Deal, a nine-year Pahrump resident who grew up in Henderson and Las Vegas, was the general manager at the Wine Ridge Resort in Pahrump until she retired last summer. She enjoys four-wheeling and plays the bass guitar. For her talent competition she will sing “Stupid Cupid” by Connie Francis.

Sandy Stell has lived in Pahrump six years, she was formerly a deputy sheriff in San Diego and Inyo counties in California. She finished first runner-up in 2011 Ms. Senior Golden Years Pageant. Stell dances with the Nevada Silver Tappers and the Sun Country Cloggers, she also operates her own private dog rescue service. Her hobbies include playing the piano, sewing, crocheting and compiling scrapbooks. For her talent competition she plans to dance to “Orange Colored Sky” by Natalie Cole.