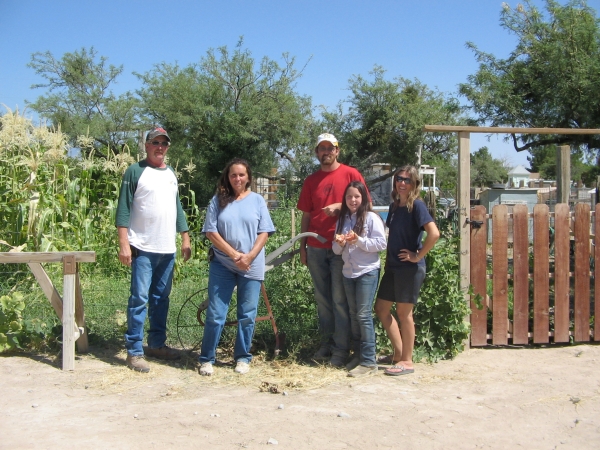 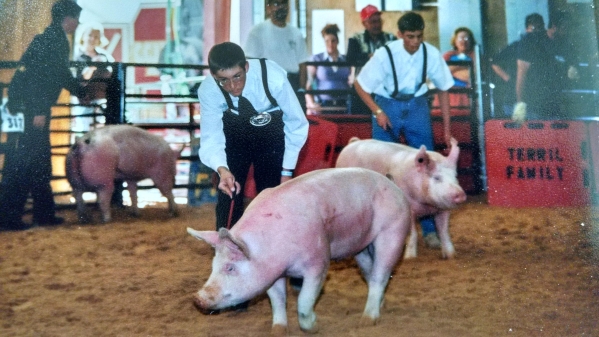 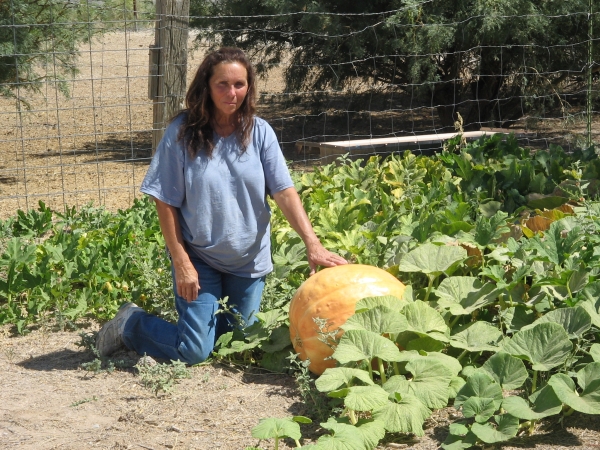 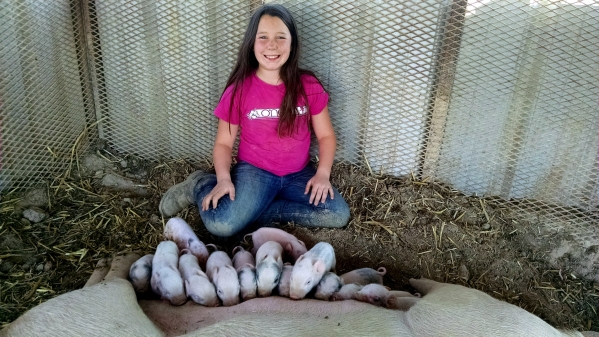 Head, heart, hands and health are the four “H”‘s that designate 4-H clubs across the country. Heritage could even be an added “H” since the group has a history of passing its legacy of good works and values to family members.

Yvonne Smith of Pahrump recently returned as adult livestock leader for the Southern Nye County 4-H Club. In all, she has been involved with 4-H for over a decade when her youngest daughter was a member. Her husband, Joe, and his father were avid 4-H’ers in California.

After a summer hiatus for the club, Smith is trying to rebuild the local group with a new crop of youth since many have graduated and moved on.

Eighteen is the cutoff age for 4-H members, but adults can continue to work as volunteers and mentors.

“You hate to see the older children go because you’ve become like family,” Smith said. “You sit with them when they’ve cried, when they lost something, or an animal has died or a project has gone bad. And you’ve been with them when they were happy and they’ve gotten a blue ribbon and so, you get to know their family and everything. So, it’s like having a child leave.”

“4-H is kids,” said Zolina Burson. “That’s the thing. It’s not adults; it’s kids. The kids run it, the kids come up with the ideas, all we do is drive and steer ’em in the right direction.”

Burson’s mother got her involved in 4-H as a child, which continued into her high school years. Her three kids also followed the lead and were members. Now that her children are grown, Burson recently became a volunteer .

Kids in 4-H run their own meetings, learning “Robert’s Rules of Order” and they must keep accurate records of their projects, almost like running a business. They also learn how to give demonstrations, speeches and how to conduct themselves in a group setting.

Smith and Burson both credit skills learned in 4-H for the success of their grown children and agree that membership looks good on a job resume and college application.

Smith’s daughter, Chantelle, was a military police officer in the Army National Guard and is now a freelance photographer. Burson’s daughter, Rachael, works in the executive offices of the Walt Disney Co., and her other daughter, Amber, owns a ballet studio in Virginia.

Her son, Hannon, is on the swim team at UNLV and is in training for the Olympic Trials 2016.

“It’s an excellent program in which it teaches kids survival skills as adults,” Burson stated. “And how to compete with grace, how to lose with grace. 4-H doesn’t give a prize to everybody.”

“A lot of the kids have empathy, but they sort of like develop this team spirit and this real sense of compassion for other kids that might not do well or whatever,” Smith added.

Robert Tibbits, owner of Rocking T & M Ranch on the north side of town, started in 4-H when he was 6 or 7 before moving to Pahrump in the mid 1980’s.

His parents were both very active in 4-H, his dad being a leader in small engines and his mother in obedience. The club is not just about animals and agriculture. Other areas include: cooking, quilting, clogging, modeling, wood crafting and so much more.

“I mean anything that there’s an interest in and you can find a leader to help guide, you can do anything,” Tibbits said. “I did pretty much every single project 4-H offered out in Pahrump except for market steers.”

Tibbits agreed that the rules and record-keeping requirements of 4-H has helped him in running his ranch.

“It’s helped me actually quite a bit now keeping all the records for the farm,” he said.

After he turned 18, Tibbits volunteered as a leader and helped kids in showing. Now, he will be stepping back into the show ring mentoring his 10-year-old daughter, Hailey Mahler. She, too, is interested in raising and showing swine like her dad.

“I get to be responsible to grow up livestock and sell it and then teach people to be in 4-H,” Mahler said. She and dad will be bringing their big boar “Chops” to the Fall Festival as part of a contest to guess the weight of the “porker.”

For a small fee, participants can guess the weight. Whoever comes closest without going over, splits the pot with the 4-H Club.

Mahler wasn’t giving any clues except to say:

Other activities in the 4-H area at the festival will include an old-time washboard for kids to come and learn about washing clothes by hand and chicken bingo, just to mention a few. Any proceeds raised by the 4-H Club during the festival will be used by the youth for future fundraisers to give back to the community.

Tibbits also mentioned that being a part of 4-H helped him learn about community service projects including one several years ago called “Christmas In April”. The 4-H’ers, along with other local organizations, would select an elderly couple who needed assistance in pulling weeds and making home repairs.

“I’ve taught myself to give back to the community and I sit on the Search and Rescue Team as a volunteer search and rescue member,” Tibbits said.

Smith and 4-H youth have visited the Pahrump Health & Rehabilitation Center (formerly Evergreen) for the residents to interact with baby goats and rabbits in a type of pet therapy program. Also, according to Smith, many of the club members adopt a family at Christmas and provide food and presents for them. The kids wash cars and host other fundraisers to earn money to carry out these community projects.

You can learn more about the Southern Nye County 4-H Club by visiting their booth at the Fall Festival at Petrack Park next Thursday through Sunday. They are hoping to recruit new members and adult leaders.

Burson said, “4-H is only as good as its adult leaders.”

New member Hailey Mahler would like to see more kids join the club.

“To learn about animals and to show that they could do it,” she added.

The 4-H organization has approximately 6.5 million members in the United States across 90,000 clubs.

The group holds a general club meeting the first Monday of each month beginning at 6 p.m. at the University of Nevada Cooperative Extension Office, 1651 E. Calvada Blvd.