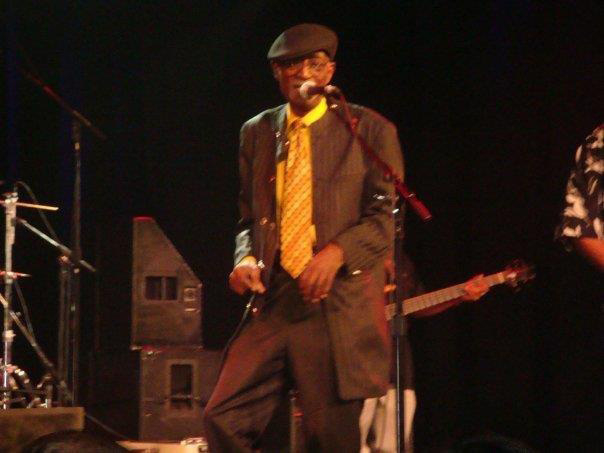 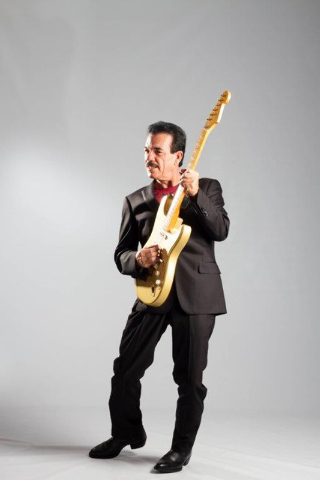 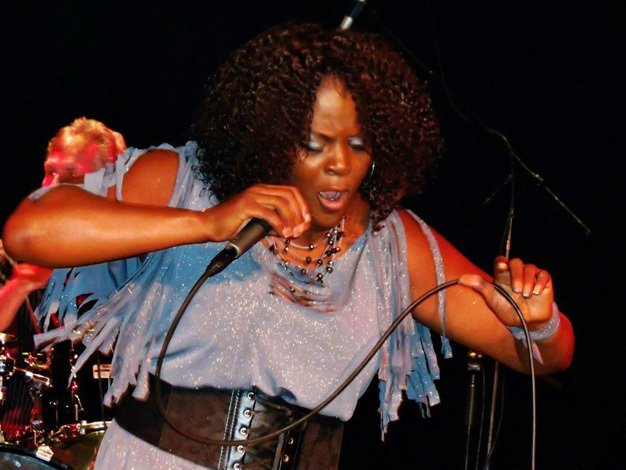 It takes passion to do anything for 50 years — being married and staying with the same employer come to mind.

Moody Scott, a legendary blues and jazz musician straight from Louisiana’s rich Cajun history, is passionate about his music and although he’s been a professional for 50 years, he celebrated his 70th birthday in January and has been singing since he was 12 years old.

Scott said growing up in southern Louisiana, he sang gospel with the church choir before branching out on his own. He’s never been a fan of hard rock, so his celebration tomorrow at Tecopa Hot Springs Resort seems fitting to also be a CD release party for his latest compilation, “Back to My Roots.”

Scott said,”I started out with the Starlight Gospel Singers and got my first big break in 1964, in New York City with a little number called ‘Everybody Come Clap Your Hands.’”

That song was a collaboration with Jerry Leiber and Mike Stoller of Red Bird Daisy Records and made Scott a part of soul music history. He left Red Bird for Nashville, Tenn., where he recorded what he said “was the first anti-drug abuse piece of hit music,” during a time when just about everyone under 25 had at least dabbled in some sort of “flower power” drug. The name of the song is, “Busting Out of the Ghetto,” with Fred Foster and Monument Records.

Scott has spent time touring and performing live radio broadcasts in several locations. He has been performing live in Las Vegas and has his own Internet radio show on KLAV.

Scott won’t be alone when the party starts in Tecopa at noon. “We’re bringing Cajun Creole barbecue with us,” he said. Scott’s family will be cooking what he says is southern Louisiana fare. “Most people think Cajun Creole is hot and spicy,” he said. “It’s not, it’s flavorful and well seasoned.”

Barbecue chicken, a rice and meat-stuffed sausage called boudin, will be hitting the grill, too. Sides include some down-home dishes such as collard greens, gooey macaroni and cheese and cornbread. The price will be $12 per plate and Scott said, “No one will go away hungry. I promise that.”

Scott said, “We’ll be donating a part of the proceeds from food and CD sales to the Inyo County Volunteer Fire Department. They do such a wonderful job out there and need the help.”

The barbecue will begin around noon and Scott said a live DJ will be spinning the tunes until the live performances begin sometime around 6:30 p.m. and another show around 8:30 p.m.

Scott said he’s bringing a busload of musicians and other performers with him for the event, as well as family and friends.

Included among the performers are country and pop recording artist Matt Hews; Pam-E Williams, a soul and rhythm and blues singer; Diane Kalley, who performs blues and pop and Ginger Reed, a folk and pop singer.

The Red Hot Retro All-Star Band will play backup for all the performers and the group includes, Guy Amato on guitar; Doug Marton is coming from Dana Point, Calif., to play keyboards. Danny Ramos is from Pahrump, and will be drumming for the band and Doug Dotsen will be on bass.

Tickets for the show are $20 and include a copy of the new collector’s CD “Back to My Roots.” Extra copies of the CD will be $10 each.

Tecopa Hot Springs Resort owner Amy Noel said, “This will be our last event of the 2013 / 2014 season and I’m thrilled to be hosting Moody’s 50 years making positive, uplifting music.”

Those not into barbecue have another option. Pastels Bistro will be open, where Executive Chef, John Muccio will be serving his own menu.

Noel said, “Mornings and evenings are cool and pleasant in Tecopa. Afternoons are getting hot, but still cool enough to have fun. Bring a hat, a neck cooler or a water gun, personal mister, whatever you need to stay cool in the afternoon, a chair and be prepared for some great dancing music!”

Asked if this party marked the end of his career, Scott said, “I have no reason to stop. I love what I do. Most performers get burned out on performing. God has blessed me. As long as I’m not stumbling around or in a wheelchair, I’ll be on stage. It’s my home.”