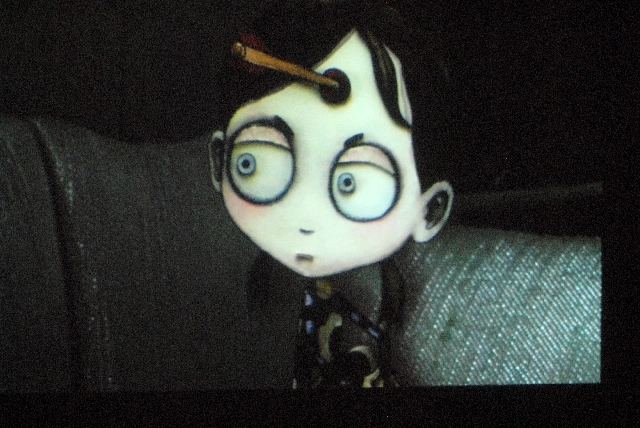 When summer is over may seem like the fun is over, too, but the founders of Friday Family Film and Fun Night think it should continue — just indoors.

Beginning at 5 p.m., Friday, September 13, and running every second Friday night of the month through November, an array of fun and entertainment, movies and popcorn, dinner, story-telling, and an open coffee house are coming to the multi-purpose room at NyE Communities Coalition Campus.

Intended to be an engaging evening for all ages, a family dinner will be available, and after that, a short film of five to 40 minutes will be accompanied by the usual popcorn and treats. Simultaneously, the Manse Coffee House opens for a karaoke-like, stand-up, story-telling called the Manse Dialogues with open-mic participation.

Afterward, the coffee house opens with service followed by an opportunity for everybody from 14 to 104-plus to enjoy time in conversation.

Kass said, “We found that there was a big empty space in the early winter and spring parts of the year here, where kids and families don’t have much to do that’s fun. We got together to offer something fun, interesting, classy yet comfortable and entertaining for families. We’re hoping hard that it helps to fill that gap for kids 14 and adults of all ages.”

“It’s so good to see how well the cooperative model works,” said Winters.

This three-fold operation is a first for Pahrump, and has brought together those involved in arts, culinary, drama, environmental, family entertainment and learning.

Whether you come for dinner, or stay for coffee, the four to five hour period is “hosted.” The event is funded through a grant by the Pahrump Arts Council.

“It’s an everything-in-one-place kind of night,” said Kass. “And it is family entertainment in Pahrump that is all-inclusive for little money.”

The full evening will cost $3 for individuals and $6 for a family of six or more.

Attendees are responsible for their own food costs.

As with all things held at the NyECC campus, the events are drug free and intended for the purpose of entertaining, providing a forum for self-expression and kick-back with popcorn, a burger and a movie, followed by coffee and fresh-made bakery goods.

Dinner starts at 5 p.m. and consists of freshly made hamburgers, hot dogs, bread sticks (from scratch) and chicken breasts. They will offer soda, three types of coffee, iced tea and water.

The students making and serving food are often culinary arts students and have food handling and preparation training.

Diners will create their own menu by filling out an order form, checking boxes for the foods, condiments and drinks they want.

Platson said, “People seem to like this format of ordering and each meal is just the way they want it.” uFFFC

The short films will range from the “best of the best” from the recent HDSIFF winners, and there are plans for a “real news reel, cartoons, environmental commercials and some surprises,” said Kass.

“They’re all “Hollywood quality, not youtube, and they range in types from heroes, animated, live action and comedy.”

Some of the films for the “Heroes” theme night are:

• Grim Reaper Phase — a period in paramedics’ careers in which they feel responsible for the deaths of their patients. This usually happens after several consecutive deaths and signals the end of their careers;

• “Words of Courage” — Director, Greg Benoit, drama, 12 minutes, the inner conflict of a talented student facing the choice of a full college scholarship or joining the military; and

• “No Ordinary Jo” — Director, Jamison Derfler, comedy, eight minutes, a comic book fan is visited one night by a supernatural being, who tells him that he has a superpower but does not reveal what the superpower is. Along with his best friend Martin, he is determined to figure it out, no matter what it takes.

After the movies and popcorn, the Manse Coffee House begins with what is being called the “Manse Monologues.”

Based on the weekly “Moth Monologues” at a theater in New York City and aired many evenings on National Public Radio (NPR), people come to the mic and tell their story.

The stories involve the human experience, some life-changing event, memoirs of a corner turned or a moment that will not be forgotten by the teller, and sometimes, the listener, according to Winters.

The Moth Monologues originated from a national pastime — telling stories. On those first evenings with friends, a hole in the screen door allowed in moths.

After this story-telling art became the national rage, it was named Moth Monologues.

Students will help with all aspects of the Friday events, and the team of Kass, Winters, Conlan and Platson are hoping after the evaluation of the first three months the verdict will also be a “raving success that continues due to popular demand.”