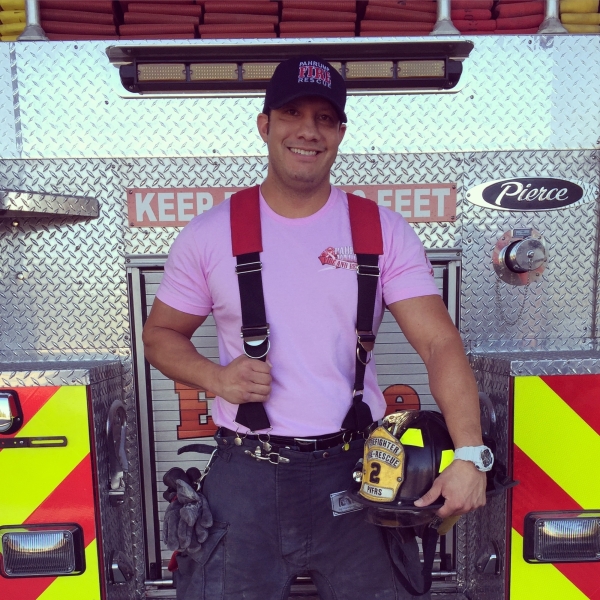 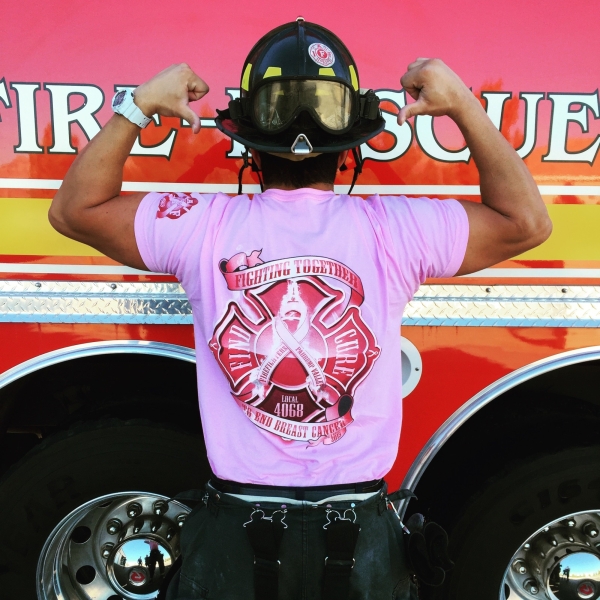 Crew members are wearing pink T-shirts in their support of breast cancer awareness.

It’s the second year the department is participating in the national campaign.

Snow said the department wanted to show its support for awareness because everyone knows somebody who’s been affected by breast cancer.

“I know quite a few people, both male and female, come down with it and cancer in general is quite an issue in our modern society,” he said. “We felt that we should do something locally to raise awareness and donate part of the proceeds to the Susan G. Komen Breast Cancer Foundation.”

The shirts, Snow said, are made locally and can be purchased online from a company in Las Vegas.

“They can order them straight off the website and they will ship it right to your home,” he said. “The design was created by our public relations committee and I’m very proud of it. I really like the way they came out, because it’s kind of a bold design.”

Last year there was a contest between all of the participating fire departments across the country for the best design.

“We came in pretty high up for such a small department,” he said. “I don’t know whether they are doing it again this year but if they are we will participate.”

To order or view the shirts, logon to http://heroic.supply and go to the bottom of the page.