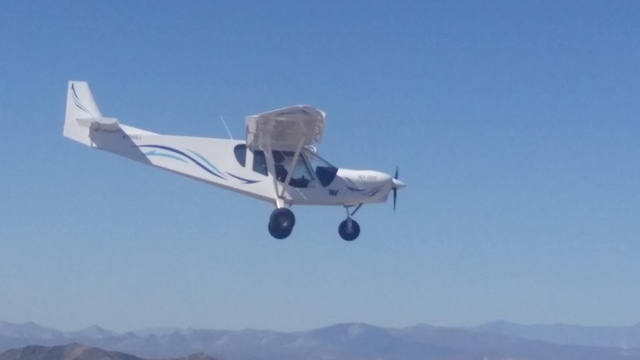 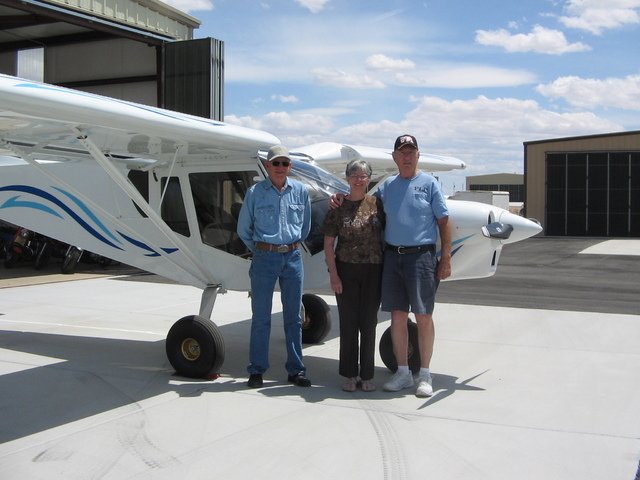 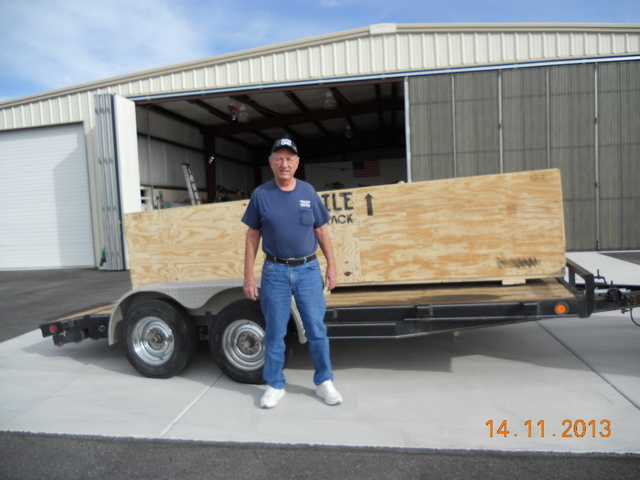 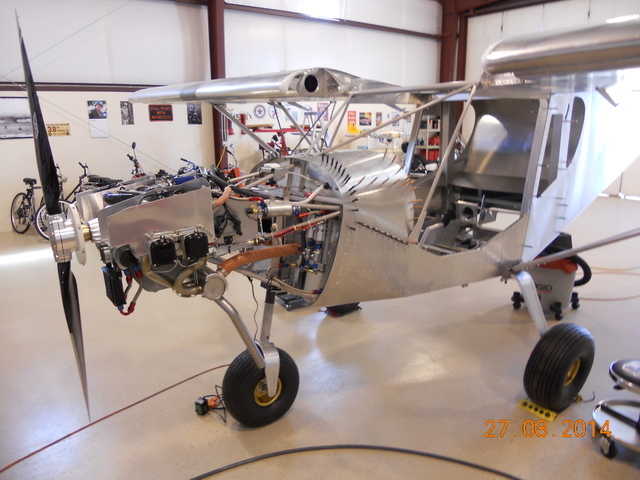 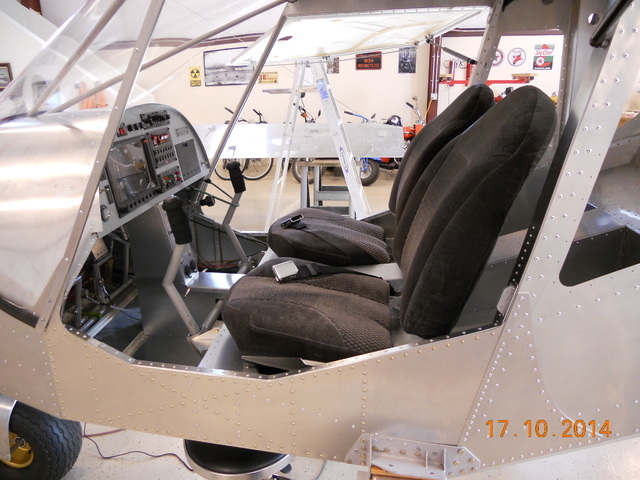 From an airplane kit grounded in a wooden crate, Pahrump’s Phil Shallenberger built a two-seater plane ready for flying.

Shallenberger said he has always loved things that fly and worked on model planes as a kid and still does. His latest plane is the real deal; one that he can actually pilot from inside the cockpit instead of from the ground.

The airplane kit from Mexico, Missouri was flown to Las Vegas in a huge wooden crate which Shallenberger hauled to his home in late 2013. That was just the basic airframe kit, with the engine from Belgium and instrumentation components purchased and shipped separately.

Shallenberger selected the STOL CH 750 model after visiting the Zenith factory and flying a demo. STOL stands for short take-off and landing. The record for landing in short distances is about 75 feet and they’ve taken off in about 50 feet according to Shallenberger. It cruises at around 95 miles an hour. The plane is a light sport utility craft and not an ultralight model which he has also flown.

“Sky Jeep” is a nickname for this type of plane.

“Because it goes in so short and get out so short in rough terrain they call it a ‘Sky Jeep,’” Shallenberger said. “Some guy nicknamed it that and everybody does now. I didn’t do it.”

Friend Jim Schaller came to visit one morning and saw the plane under construction in Shallenberger’s private hangar and was hooked. He agreed to help build it. Instead of the Wright brothers, they could have been Shallenberger and Schaller—“the Germans, the Kraut Brothers,” Shallenberger added with a laugh.

Shallenberger estimated that it took between 1,700 and 2,000 hours and just over a year to finish with about a three-month hiatus.

“They say 500 hours in the brochure, don’t believe it,” Shallenberger said.

“When Phil was working on it, I was here,” Schaller added. “So, and there’s weeks that we did seven days a week. No holidays.”

There were thousands of parts and rivets needed to complete the plane.

Shallenberger has expertise in the structural steel industry and Schaller in engineering at a chemical plant which helped somewhat in their building project. But, both men agreed that it takes a great amount of dedication and time to complete such a task.

According to Shallenberger, the most challenging part was installing the instrument panel.

Shallenberger has a light sport pilot’s license and had to fly 25 hours solo before he could take on a passenger. The first one was his wife, Nancy. They took a 30-minute tour of the Pahrump Valley.

“Oh, I loved it. The visibility is the best it’s ever been in a small airplane,” she said. “You can look straight down and it’s wonderful.”

She has always been a big supporter of her husband’s love of flying.

“He lives for flying,” she said. “I tell him he was born with an airplane in his hand.”

Co-builder Schaller was the second passenger to take a spin in the “Sky Jeep”. They flew on the edge of Death Valley Junction, near Shoshone and Tecopa Hot Springs.

“Oh, it was exciting,” Schaller said. “We went up and stayed up over an hour. Phil did some maneuvers with it to give me a feel for the plane. I really enjoyed it and it was something that I knew I had helped build. So, it was the completion of what we worked on.”

It was a lot of fun and a real feeling of accomplishment according to pilot Shallenberger.

“To take a bunch of metal out of a box and put it all together and start it up and fly it is thrilling,” he concluded.

He is planning to make another plane from scratch. This one will be a one-seater aerobatic craft that can fly upside down, do loops and spins.

Co-builder Schaller is “waiting in the wings” to help with that one.

For more information on building planes similar to Shallenberger’s go to www.zenithair.com