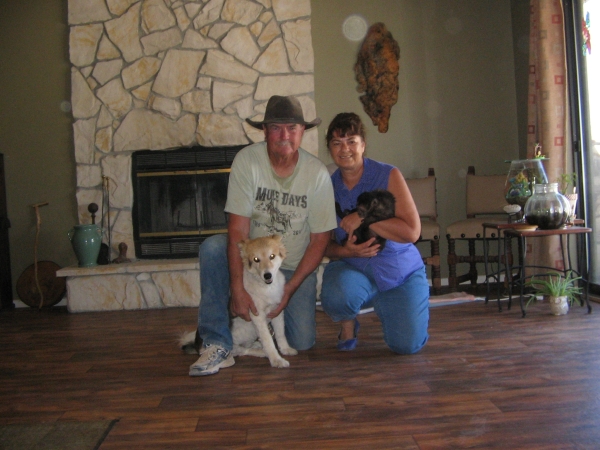 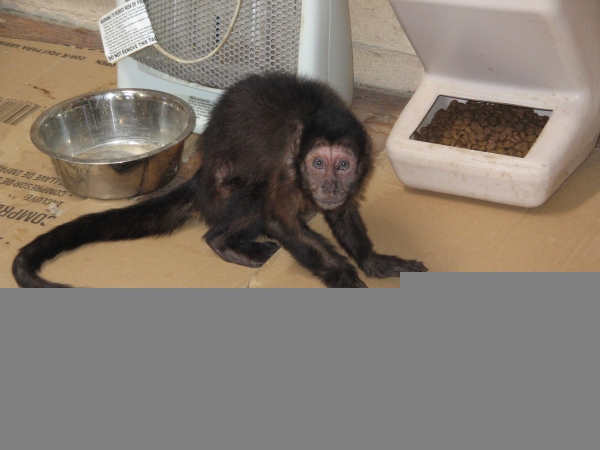 Rhonda Nelson has been “monkeying” around ever since she went to the zoo as a child.

“And when we got to the primates, I just fell in love and my mom and dad said after I saw my first monkey that’s all I ever talked about,” Nelson said.

She got lots of stuffed monkeys and ceramic ones until her parents gave her a “live” one for her birthday when she was in third grade. Her family didn’t really know much about the species and Rhonda was too young, so back to the pet store it went.

Throughout the years she had several different breeds of monkeys and her love for them never ceased.

It was over 40 years ago that Rhonda Nelson first saw and fell in love with a young Capuchin monkey. She was working as a dog groomer in a pet store in Phoenix and wanted the cute, little black-faced primate, but was disappointed to learn that the monkey was marked “Sold” and going to live with a police officer.

Fast forward about 10 years and Nelson realized that a family near her had a Capuchin monkey. Could it be true, could it be Cheta the monkey she admired a decade ago in the pet store? It certainly was.

“I calculated the years back and I realized that she was the same little monkey that I wanted 10 years earlier,” Nelson said.

The owners of Cheta told Nelson they had acquired the monkey from a police officer who had to find her a new home since the pet didn’t get along with his fiancee`. Their stories and details matched.

After two years and lots of talking Rhonda Nelson eventually convinced the family that Cheta would have a better life with her and Nelson finally got the monkey she never forgot.

After reuniting with Cheta, ironically, Rhonda and her future husband, Rick rekindled their relationship from back in the 1970s, married, moved to Elko, and finally here to Pahrump.

Cheta is now 46 years old and rules the Nelson household. She has her own room with a cage and comes as goes as she likes. Rhonda Nelson said from time to time there are accidents in the house, so they constantly clean and pick up.

According to Rhonda Nelson, in captivity a monkey’s lifespan can be 45 years. Cheta is in heart failure, has cataracts and takes three different medications. She has regular check-ups with a veterinarian in Las Vegas who specializes in exotic pets.

“She’s doing pretty good, she still trots through the house, once in a while she loves a good pinch with the dog,” said Rhonda Nelson of their dog Ginger.

“You don’t leave toothpaste out, she’s always into something,” Rick Nelson added.

Cheta was working on a deviled egg the day of the interview. Plus, there was a huge bowl of fresh fruit and she wasn’t sharing.

“Potatoes have to be her favorite food,” Rhonda Nelson said. “Mashed potatoes, she loves a good batch of mashed potatoes, baked potato with a little bit of sour cream on it. Once in a while, a french fry, but since she has gotten older, she’s kinda not liking the greasy french fries as much. But in her younger years she used to love a good bunch of french fries.”

“She likes her suckers, we give her a cup of water and she takes the sucker and dips it in the water,” Rick Nelson added. Cherry and blueberry are her favorites.

The little gal loves Lawrence Welk and comes running to the television whenever she hears him on Saturday nights. Rhonda Nelson said Cheta will hug herself and make “love chatters”. She had the same reaction when a special on the Beach Boys recently aired.

Despite her lifelong passion for primates, Rhonda Nelson emphasized that monkeys are “absolutely” not good pets.

“I’m very much against making monkeys a pet,” she stressed. ” Cheta was a rescue and if I could have put her back into the wild, I most certainly would have because I believe, wholeheartedly, that’s where they belong.”

Once, they’ve been living in captivity like Cheta, who was already in the states awhile when Rhonda Nelson got her, then there is no replacing them back in the wild; they wouldn’t survive. She noted that many exotic animals don’t make good pets.

She added that if monkeys are unhappy, they can turn on you and inflict serious injury.

Rhonda Nelson is a former member of the Simian Society of America, Inc. According to their website, this organization was started in 1957 “to improve the welfare of primates in captivity.” She and others worked diligently and successfully for the passage of the Lacey Act of 1975 which made it illegal to import monkeys from the wild for pets.

By the way, an email response from Guinness World Records North America, Inc. confirmed there is a 49-year-old Capuchin monkey living in captivity. Sorry, Cheta no record yet, but hang in there old girl.