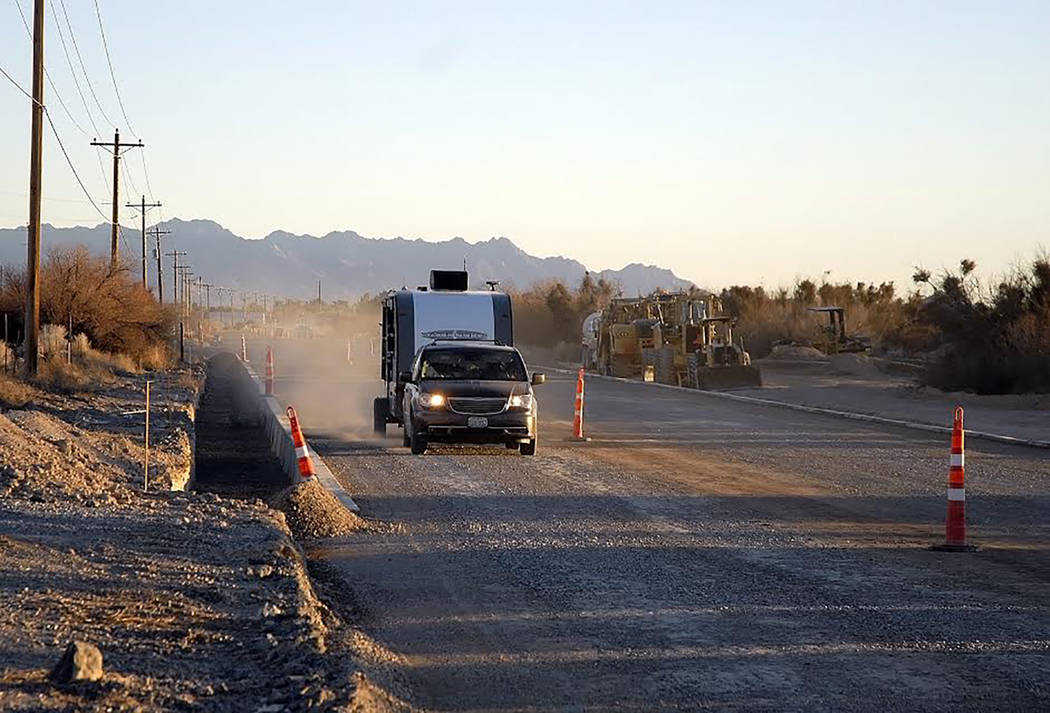 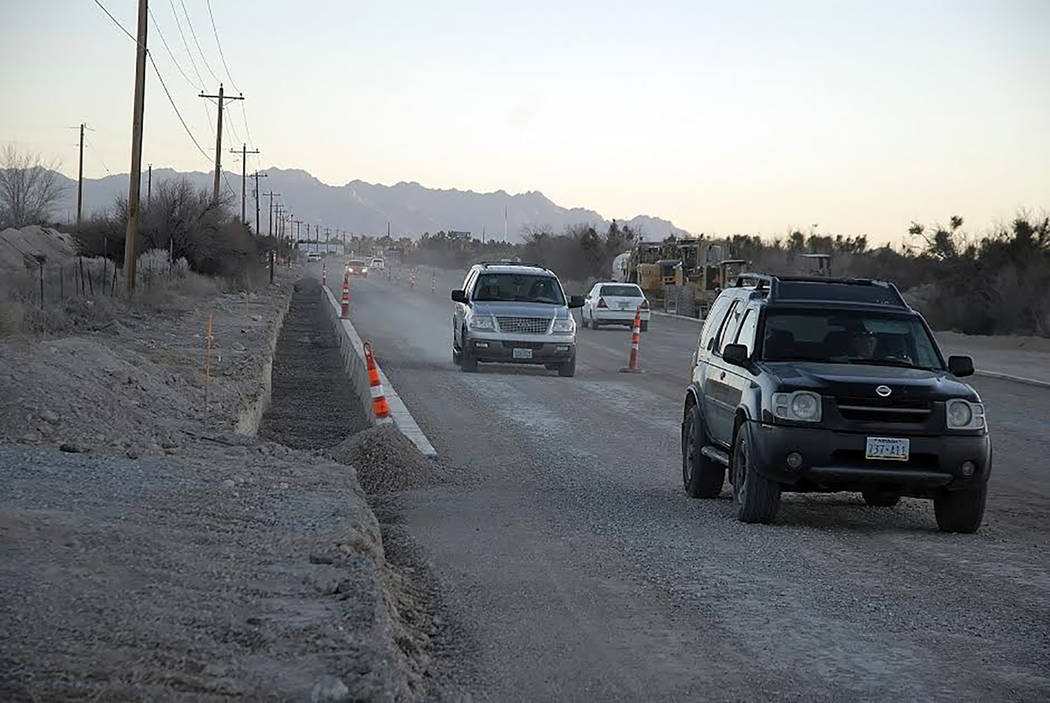 Since November 2017 residents and visitors to the Pahrump Valley have had to navigate through or around the construction on Homestead Road and they will undoubtedly be happy to learn that the project is now only one week away from completion.

According to Nye County Public Information Officer Arnold Knightly, approximately 75 percent of the work on the Homestead Road rebuild project is done and construction will conclude a week from this Saturday. “The project is in the paving phase and is scheduled to be completed Feb. 24,” Knightly stated.

The improvement project has consisted of a complete rebuild of a one-mile stretch of the highly-traveled arterial, between the intersection of Gamebird Road and Manse Road.

This is an area that has become very well known for a continuous presence of potholes due to the large volume of traffic it traditionally sees, as well as the problems that rainwater has created in the past. During downpours, stormwater would collect alongside and flood across the street’s surface, causing further deterioration as the water undermined the road base and carried away chunks of roadway.

To deal with these issues, the county decided to have the one-mile stretch completely redone.

Throughout the past three months, Wulfenstein Construction Company, the contractor selected for the work, has been busy excavating the roadway several feet down, after which they backfilled with structural fill and type II gravel.

With the new road base laid, the paving phase of the project is now underway. As well as rebuilding the roadway, Nye County utilized an engineering firm to draw up a drainage plan that will play an integral role in keeping Homestead Road driveable, hopefully for years to come.

“Horrocks Engineers researched and designed, and operated as construction management for the project,” Knightly detailed. “One of the main engineering focuses was on drainage, keeping water off the road and protecting surrounding private properties by directing the water through roadside ditches and low-water crossings.”

Lighting will also be added at Homestead Road and the intersections of Manse Road and Gamebird Road.

The project was originally set to see its finish at the beginning of February but there were some delays due to unforeseen circumstances. A rainstorm that swept through Pahrump last month may have put a slight damper on the project but it was the discovery of fiber-optic lines that pushed the construction out another two to three weeks.

“As stated in a previous release, the January rain that brought nearly 0.75 inches of rain to the area pushed the project only one day. The unexpected relocation of some underground utilities has also pushed the end date for completion…” Knightly explained.

Despite the delays, he reported that the project was within its budget of approximately $1.8 million.