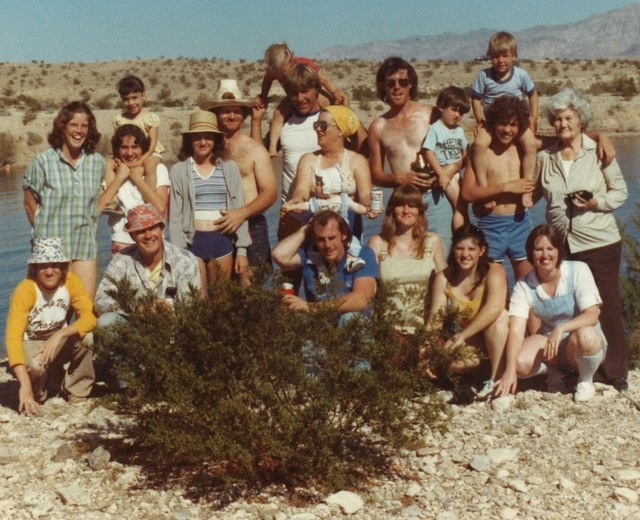 Local resident B.J. Dawson can count on one thing come this Sunday morning — she’ll be spending a lot of time talking on the phone.

Dawson, is a mother, grandmother and great-grandmother of close to 100 immediate family members, most of whom will be calling to wish her Happy Mother’s Day.

Dawson has seven of her own children as well as more stepchildren, which she raised after her first husband left the family years ago.

“My first husband had two children and I raised his kids after he left me,” she said.

Because all of her family is spread out across the country, the idea of having regular family reunions is a difficult, if not impossible proposition.

“We haven’t had one since I don’t know when,” she said. “The kids are all over and we have grandkids and great-grandkids living in North Carolina, Texas and Colorado.”

With Dawson’s experience in raising such a large family over the years, she reflected on which stage of childhood is easier to deal with especially when balancing a family and career.

“I don’t know,” she said. “It was nice when they were little, but that’s when my husband left me, so I went to driving school buses so I could be home at night and weekends with them. When they got older, we could do more things together. It wasn’t that hard because I just enjoy kids as you can imagine.”

On the issue of which gender is easier to raise, Dawson took a deep breath and paused briefly to formulate a response.

“I guess I’d say girls,” she said. “The boys are more independent and the girls are usually closer to their mother I think.”

Dawson did offer a bit of advice for any would-be or expecting mother at present.

“Enjoy your child as they grow up and get older,” she said. “When they are young, take the time to hold them and love them dearly because you never know when something’s going to happen. Just love your kids and be thankful that you have a child because there’s a lot of women out there who can’t have children. Until you have a child, you don’t know what you’re missing.”

As far as going back and changing anything about how she raised her family if she could, Dawson said ‘no way.’

Dawson was first married in 1974 in Las Vegas and moved the family to Pahrump in 1978 where she worked for the Nye County School District as a bus driver.

She retired this month as a driver for the Pahrump Senior Center after more than 12 years.

The spry 74 year-old, who turns 75 in a few weeks, is embarking on a road trip later this month to Colorado Springs to see her new great grandbaby, then it’s off to Austin, Texas to visit with one of her sons.

North Carolina will be the final leg of the trip to see more family.

Dawson, along with her dog, said she is making the drive solo.