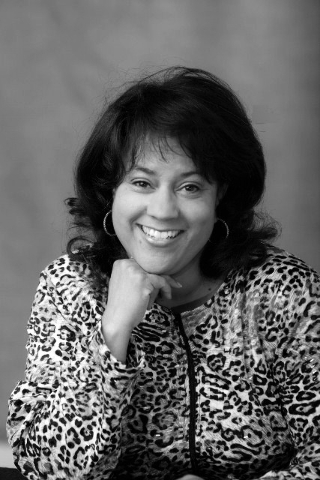 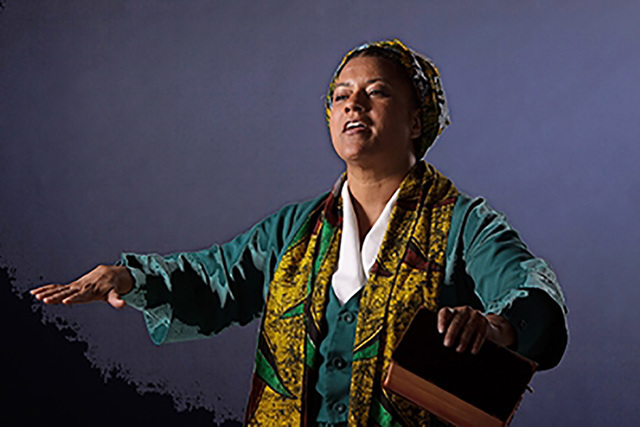 Every time Nevada humanities speakers Kim Russell gets ready to take the stage for a Chautauqua-style living history performance, she pauses first and finds a quiet place.

Then, this 21st century author and educator reaches back across time to hold a silent conversation with the legendary abolitionist Sojourner Truth, whose identity she is about to assume.

I wouldnt think of starting a performance without asking her permission first, said Russell, who will be appearing at the Pahrump Valley Museum on Saturday, July 23. I offer to speak for her.

Russell appears before the audience first as herselfan author, performer and historian, whose day job is managing education programs at the Smith Center in Las Vegas and putting the performing arts into schools. Then, a bit at a time, she dons a special costume designed to resemble a dress worn by Sojourner Truth when she met with Abraham Lincoln at the White House in 1864. When the costume is complete, Russell fades out and Truth comes forward.

Truth, who started life as a slave named Isabella Baumfree in upstate New York, eventually became a tireless advocate for the abolition of slavery and is perhaps best remembered for her stirring speech Aint I a Woman?

It was this speech that brought Russell and Sojourner Truth together nearly 20 years ago, when Russell studied it as a monologue for an acting class. Russell liked the energy of it and performed the speech for other audiences until someone suggested she turn it into a Chautauqua presentation.

Inspired by the idea, Russell wanted to learn more about Truth. She read everything she could find and visited the places where Truth lived. I walked in her footsteps. I visited her grave. I went to her home site. And over the years, said Russell, what began as an actor playing a character changed into something more synergistic. Russells Sojourner Truth found her own personality and her own voice. Its her story, not mine.

Since then Russell has played to hundreds of audiences, including at the George W. Bush White House.

This Saturdays performance, sponsored by the Nevada Humanities On The Road program, the Pahrump Valley Museum, and the Pahrump Simply Homeschoolers, is presented with school-age children in mind.

Chautauqua is a learning tool for allowing the audience to live in the [characters] moment, she said. They get to discuss the serious issues of today looking through the eyes of the past.

The performance is free to the public and all ages are welcome to attend. Russell will take the stage at 11 a.m., just after she gets the OK from Sojourner Truth. The museum is located at 401 E. Basin Ave.