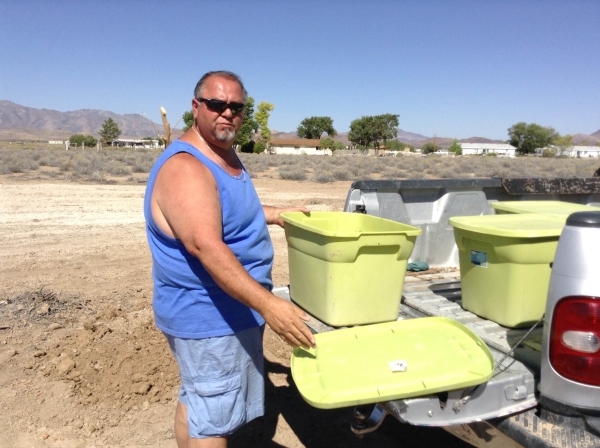 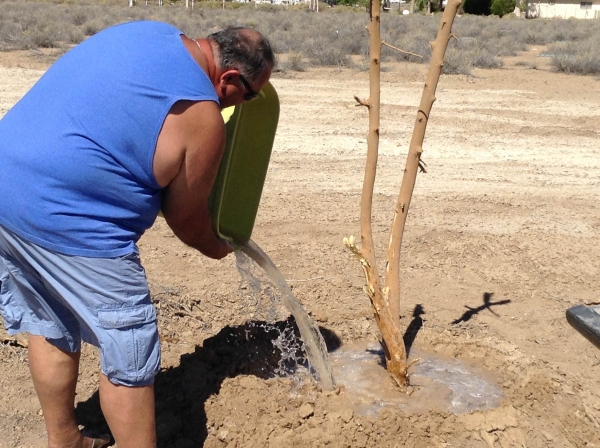 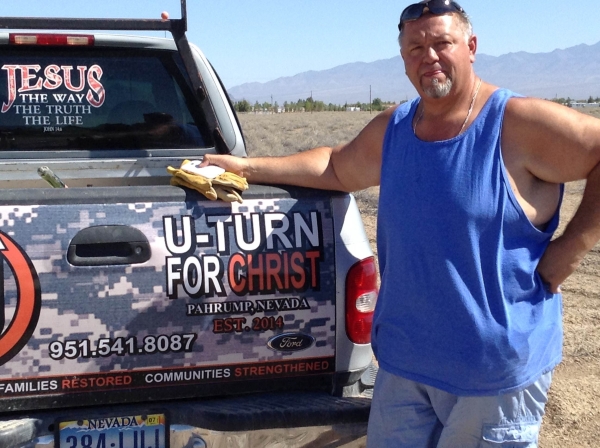 U-Turn for Christ is an organization that brings families back together after a family member gets addicted to drugs. The organization is having a golf tournament at Mountain Falls on October 12 at 8 a.m. The entry fee is $75 per person and $250 per foursome.

The fee includes golf, cart, lunch and a raffle ticket. The entry deadline is Sept. 12.

The start is a shotgun start and there will also be prizes for a hole-in-one contest, closest to the pin and longest drive. In addition, there will be awards for the top three teams.

The tournament will benefit the organization’s new men’s ranch being built on the edge of town off of Highway 372. The money raised from the tournament will go toward the construction costs of building the new ranch.

There are currently 17 other ranches, but according to Pastor John Jimenez, the director of the new ranch in Pahrump, this will be the first ranch built from the ground up.

U-Turn for Christ is sponsored by Calvary Chapel of Pahrump and is a residential drug and alcohol program dealing with men and women who are seeking restoration from drug and alcohol addiction through God. It’s called a discipleship ministry.

The ranch in Pahrump will hold 32 men who will devote their lives to working for God to heal themselves.

“During a typical day the men read scripture and share it,” Jimenez said. “There is also devotion time where they read proverbs. The routine is the foundation to grow.”

Gary Bennett, who will be helping run the golf tournament, likes the way the ranch will be organized.

“It’s structured,” he said. “The men must do some kind of community service. The ranch will take people who are addicted and restore them back to society and it’s very successful.

This is great considering that according to a report from the Office of the Governor of California (January 2010), the state has the highest recidivism in the nation. Seventy percent of those who are released from prison are rearrested within three years.

Jimenez knows firsthand how well the routine works because in 2001 he was a methamphetamine addict who was given a second chance. After he graduated from the program he dedicated his life to helping addicts.

“Working with addicts became my passion,” he said. “I was so moved by my work that I was ordained as a minister in the Calvary Chapel Church in 2014.”

Jimenez said the church is trying to get as many donations as possible.

“Of course we need money,” Jimenez said. “We also need buildings too. We are working to get modular buildings from the school district,” he said. “But if we got the money now, I would buy them. We could also use volunteers, prayer and construction materials.”

He told of one man who is donating his expertise in plants and horticulture to the mission after he heard Jimenez talk about the ranch.

“People hear about my mission and they get involved,” Jimenez said.

He said men will be coming to the project as soon as they have a place to stay.

“The men usually come from our own church,” Jimenez said. “They are sent by their families and then there are those that will be sent by the courts. To come here they will have to be over 18.”

At the moment, the only staff Jimenez has is his wife, who does clerical work. He also has volunteers from the local Calvary Chapel Church, which is headed by Pastor John Gundacker.

Jimenez said the hardest thing to do was to leave his friends and family in California but his new church out here has given his family a lot of support.

“Pastor Gundacker and I are good friends,” he said. “His church has shown a lot of love and support to me and my family. We couldn’t have done it without them. My wife and I really love it out here.”

Jimenez said he hopes to finish the ranch within a year.