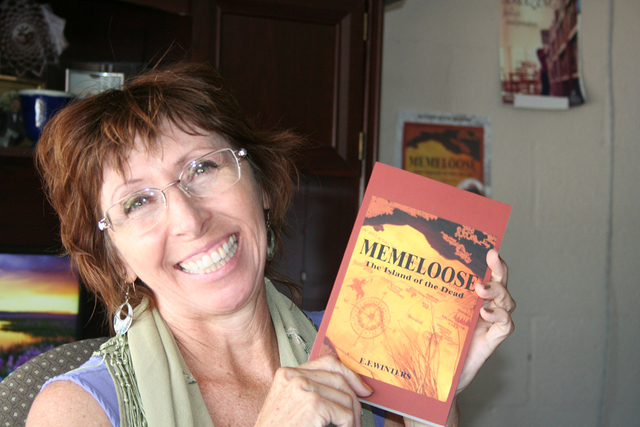 Francine (Francie) Winters grew up in Oregon in a theatrical and artistic family. She first stepped on the stage at the age of four. Later, in recognition of her talent, she was placed on scholarship for dance.

By age 15, Winters was dancing, singing and acting in a local summer stock company. She was also singing in nightclubs, fairs and festivals. She was chosen, at age 16, to join a small group that toured five countries.

In her 20s, Winters had branched out to include teaching acting, dance, directing, writing, costume/set design and choreography. She took a screenwriting course at Northwest Film and Video Center, which led to a move to Los Angeles, Calif. to study with script doctor John Myhers PHD, a colleague of the famous Federico Fellini.

While raising her two sons, Winters studied on camera, acted at the Film Industry Workshops, had a children’s play produced and created a one woman show.

She and her family returned to their roots in Oregon, where she continued to perform and direct, adding performance tours as a professional storyteller. Recognition in this form led to teaching, as well as multi-media storytelling.

She developed a number of innovative curriculums for both students and teachers in the greater Portland and Newberg area.

The family relocated to southern Nevada in the mid-90’s, where Winters continued her life-long work as a performer and mentor to young people in the arts. She was a staff instructor with the Nevada School of the Arts, the International Dance Education Academy and Clark County Parks and Community Services.

She opened a special-event business and acting school while co-hosting a local morning talk show.

She and her husband moved to Connecticut in 2010 and she continued her work with youth. Winters covered the state for the Girl Scouts, teaching them life skills using the outdoors and the arts.

Returning to Pahrump in 2013, Winters accepted a position with the Nye Communities Coalitions (NyECC), which included Director of the “Methodologies Project,” a touring show addressing social issues youth face.

The project includes teaching and mentoring youth to write, act and film. The purpose is to learn how to integrate multi-media performances, which includes public service announcements for radio and television, as well as touring the show throughout Nye County. The project is currently in production for its next tour.

Winters has written two books, “Sharks and Minnows,” a young adult novel of the paranormal genre. Her most recent novel is “Memeloose…Island Of The Dead,” a historic fiction for young adults. She writes under the name E. F. Winters. Her books are put out by Ingram Distributors. Both novels are available in book stores and online.

Winters is a professional actor, singer, dancer, director, producer, choreographer, set and costume designer, illustrator, writer and storyteller. She brings all these talents to mentoring youth in the development of skill sets in the performing arts and addressing social issues of the youth throughout Nye County.