Even with the annual Fall Festival this weekend, you may still find time to take in what is being called a “Musical Variety Comedy Show” at Sanders Winery on Kellogg Road.

The showcase-style performance will feature Jeannine Mason who not only sings but is versatile in skits and sketches.

She sings everything from pop to jazz and other selections from Americana over the years.

Mike Krasner in a stand-up comedian and improv actor from New York. His most recent gig has been an appearance at Planet Hollywood.

Maxx Martin is a favorite from San Francisco Bay and his cultural observation humor allows him to weave a few skits of his own.

Jason Outlaw is no stranger to stage, television or the big screen, and is currently starring at the best man in “Tony N Tina’s Wedding” at Bally’s in Las Vegas.

The show will bring back memories of the great musical variety performances of Carol Burnett, Andy Williams and Dean Martin.

Patrons are welcome to bring snacks or a picnic. Beverages are available.

4
Pahrump-area motorists advised to watch out for wild horses

Beatty residents will be able to receive another radio station sometime in the near future.

For more than a decade and a half, the town of Pahrump has been working toward development of a huge patch of land with the ultimate goal of turning 427 acres of property into a major recreation facility, the Pahrump Fairgrounds.

Many Pahrump area property owners have been angry these past few weeks about a future hike in the per parcel fee assessed on their property taxes. And owners haven’t been shy about expressing their frustrations either.

The lanes at the Nugget Bowl often are used for fundraising events, and some have become annual traditions. 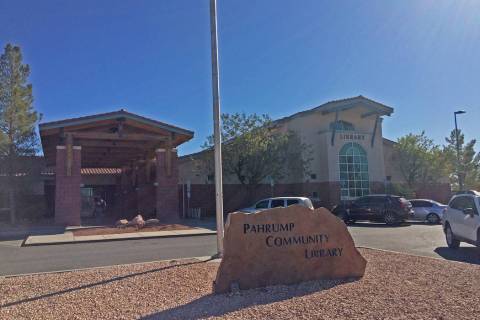 For the last four months, the local community has been agitating about a possible ban on firearms in the story room at the Pahrump Community Library. But according to the library’s general rules of conduct policy, “weapons” have been forbidden at the library as a whole for many years.

Nye County Health and Human Services is on a mission to connect the people with the resources and services they need and one of the best ways the department has found to accomplish this is by holding its Social Services Fair each year. 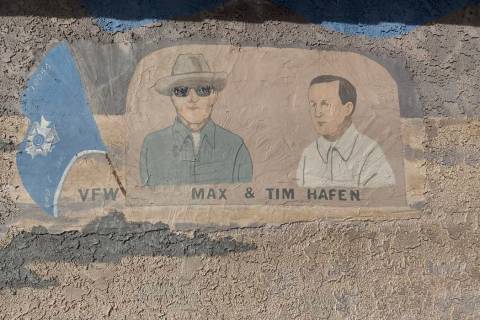 A mural on the Nye County School District’s Southern Office in Pahrump will soon disappear from its current resting spot.